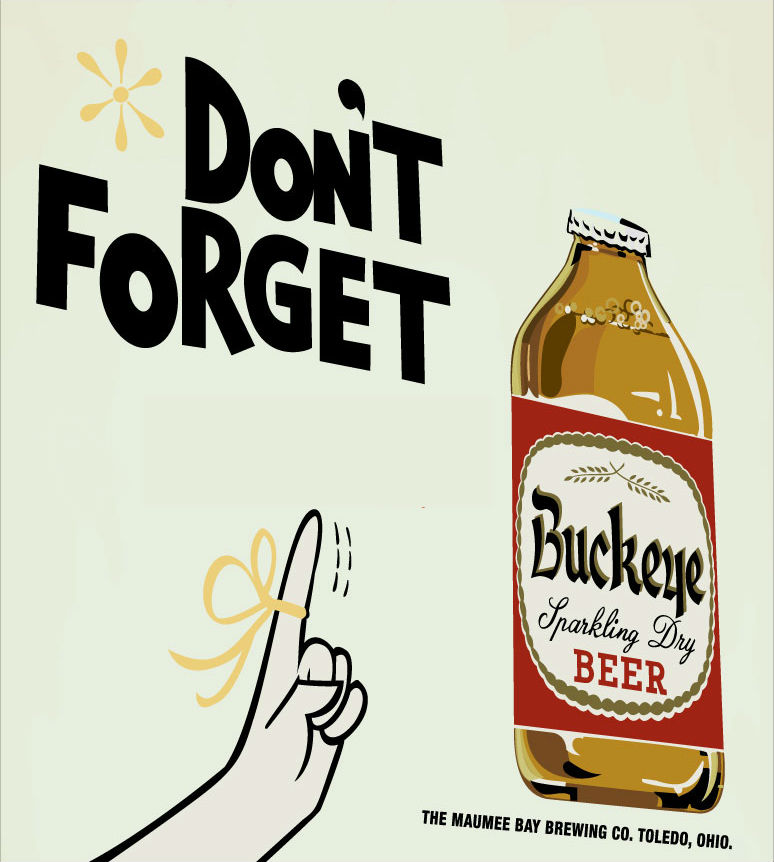 The craft beer scene is exploding in the United States. Every year, more and more breweries open their doors, eager to win the hearts, minds, and palettes of a growing mass of beer enthusiasts. One specific area that is truly blossoming in this brave new world of beer is the Midwest. Michigan; home to craft beer giants such as Founder’s and Bell’s, arguably acts as the anchor to this craft beer haven. That being said, Ohio has begun to make a name for itself as well! Ohio is home to many terrific craft breweries such as Fat Heads; who won the Gold Medal for the hyper-competitive IPA category at G.A.B.F. in 2013, Great Lakes Brewing Company, and Hoppin’ Frog make up just a small portion of over 90 craft breweries in the Buckeye State alone!

While most of Ohio’s large metropolises have budding craft beer scenes, the one city that is somewhat lacking a strong brewery presence is Toledo. While Columbus, Cincinnati, Cleveland and Akron all have numerous breweries, Toledo has just two, and of that two, only one has a brewpub. That one gem in the Glass City is known as Maumee Bay Brewing Company.

Maumee Bay Brewing Company, located the inside the historic Oliver House in Downtown Toledo, is home to the everlasting classic Buckeye Beer – a beer that has been brewed since 1838!. Maumee Bay; opened and revitalized in 1995, is a hidden gem for many Toledoans. Many people in the city and surrounding areas are unaware that they sit dangerously close to some terrific craft beer.

In a not so surprising turn of events, what used to be an issue of slow sales and lack of general interest in craft beer- sometimes to the point of not knowing if Maumee Bay could offer their employees a full forty hours – has exponentially evolved into a new issue of keeping up with demand (a good problem to have, one would think!). Yes, in this craft beer boom we are experiencing, Maumee Bay has begun to rapidly and figuratively explode. With only two main brewers and a cellerman, they are finding it hard to keep producing their product and keep it on shelves, on-tap, and in-house at their brewpub! Cory and I decided to make our way to Maumee Bay and speak to their jack-of-all-trades, Shannon, who shared with us the history of Maumee Bay, as well as guided us on a behind-the-scenes tour of Toledo’s next-big-thing. 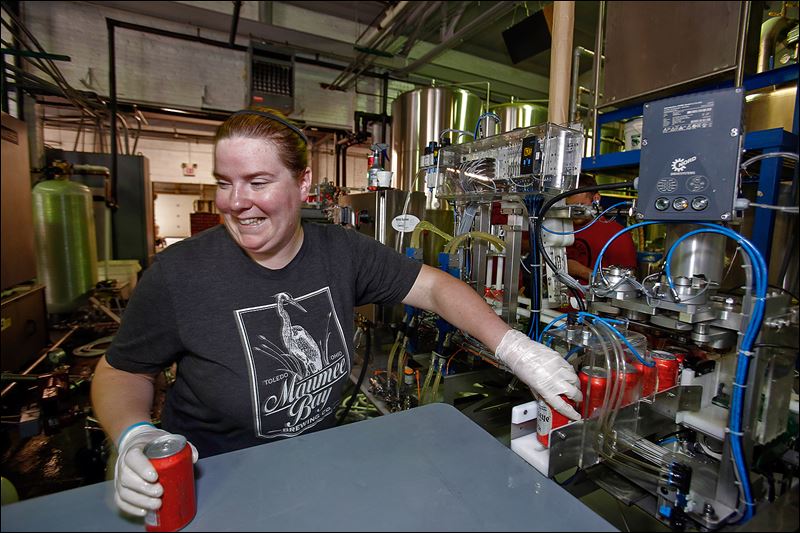 Maumee Bay has seven full-time brands on tap; classic styles such as their Glass City Pale Ale, Dry Irish Stout, Irish Red Ale, and especially their Amirillo Brillo Double IPA and Total Eclipse Breakfast Stout, both of which BeerAdvocate rates ‘Outstanding’ and ‘World-Class’, respectively. In addition to their standards, they also rotate a wide variety of seasonals and specialty batches. Cory and I were able to enjoy a flight at the brewpub, and our particular favorites were their Session IPA and their Brewedwitch Barleywine, though all of the offerings were quite well-crafted. 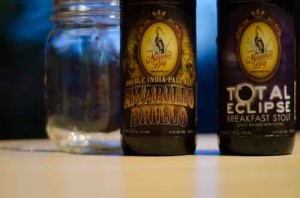 One facet of Maumee Bay that I was very much interested in was their take on beer styles in 2014. Buckeye Beer is a distinctly mild and “lite” lager. While it is very much a historical beer as well as a long time go-to for many Toledoans looking for something more local than “Big Beer” yet not quite a hop-bomb or bourbon blast, it really does not fit the bill for the direction the craft beer market is heading in. Today’s mission in craft beer seems to be to create the biggest, the hoppiest, the bourbon…iest, or the highest ABV consumable, so I asked Shannon how Maumee Bay was going to proceed. She informed me that while they will never do away with Buckeye Beer, they are certainly looking to the future and looking to cater to the overwhelming demand of consumers. Maumee Bay has purchased a small selection of whiskey and bourbon barrels, and is starting to meddle in the wood-aging process. This should be a welcomed addition to their already classic lineup of styles and brands, and will help them reach more types of beer drinkers, which in turn will help them grow.

Cory and I were also able to enjoy some of their fantastic pub food offerings. Maumee Bay Brewing Company shares their home inside the Oliver House with a variety of restaurants and dining options – ranging from fine steak dining, to an underground sports bar. Being a reuben sandwich fanatic, I was obligated to give theirs a try – which I am happy to report was every bit as delicious as you’d hope. The rustic, warm atmosphere of their brewpub is a great environment to unwind and have a pint with friends. 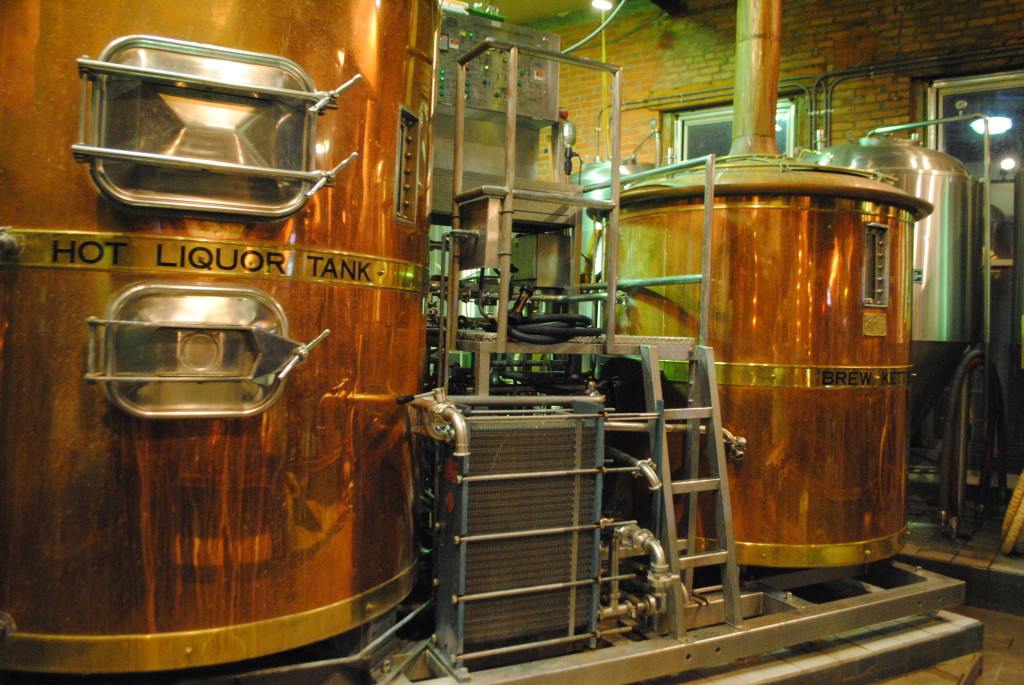 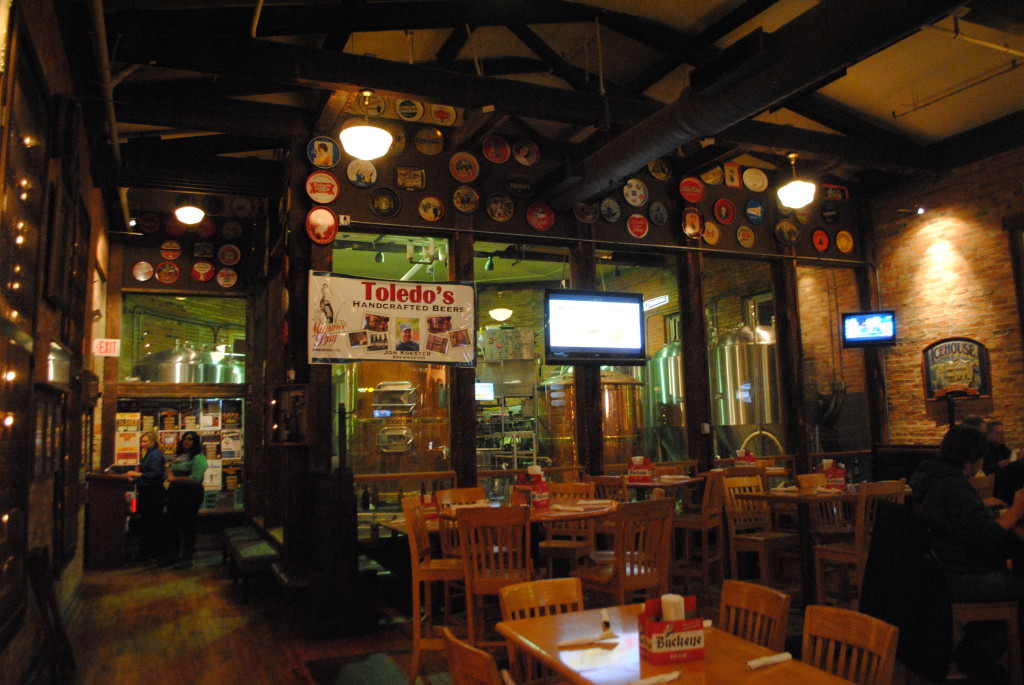 It is my opinion, one that is shared by both Cory and Shannon, that 2014 is primed to be a gigantic year for Maumee Bay. With the craft beer scene expanding more rapidly than our known universe, and with the enormous share of Toledo’s craft beer market owned by Maumee Bay, there is quite literally no limit on what they can become. With an upcoming brand-image change coming in the form of a new logo (being created by a local artist), wide exposure through festivals, contests and reviews such as ours, a few brands that are ALREADY considered ‘World Class’, Maumee Bay Brewing Company is poised to take Northwest Ohio’s craft beer scene to new heights. Soon, Black Cloister Brewing Company will be joining Toledo’s scene, and together, they are in a position to make our community a craft-beer hot spot in the state of Ohio. 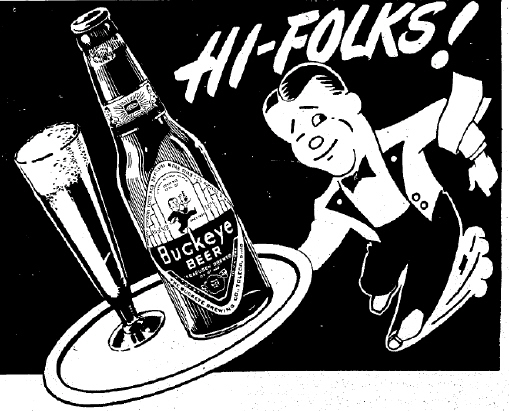