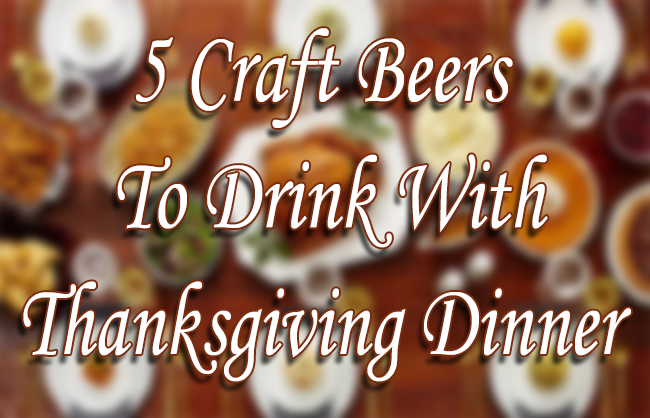 Unless you have a birthday in November, or you are an avid Black Friday shopper, there is really only one reason to love the 11th month — Thanksgiving.  Here at the BRC, we want to do something to tantalize your tastebuds on this year’s turkey-day celebration; we’re going to provide you 5 accessible craft beers that will pair perfectly with your Thanksgiving supper.

Now, it would be easy to just say, “Hey guys, drink these 5 fall beers,” but that’s boring.  Why would we waste your time on seasonal offerings, when we can use our knowledge of food pairings to give you a beer that compliments items in an average Thanksgiving dinner?  While everyone has their own traditions, five foods you’ll almost always see in a turkey-day feast are: turkey, mashed potatoes and gravy, stuffing, cranberry sauce, and for dessert pumpkin pie.

I could make the argument that 99% of all households serve Turkey on thanksgiving.  Some might be lucky enough to serve Turducken, some might be unfortunate to have to suffer through Tofurkey, but the idea is the same — on that day, you will want some poultry in your belly.  But what beer goes with Turkey?

Turkey has a mild, clean flavor that is heavily influenced by the seasonings and the cooking methods involved.  Traditionally, turkey is slow roasted with herbs and spices giving it’s skin a deep, savory flavor.  Beers that compliment this well are amber ales, oktoberfests, and even lighter scotch ales.  Pick something malt forward, with some bready notes and a bit of caramel.

Our choice is New Belgium’s Fat Tire! Clean and malty with just the right amount of biscuit flavor, this is a no brainer. 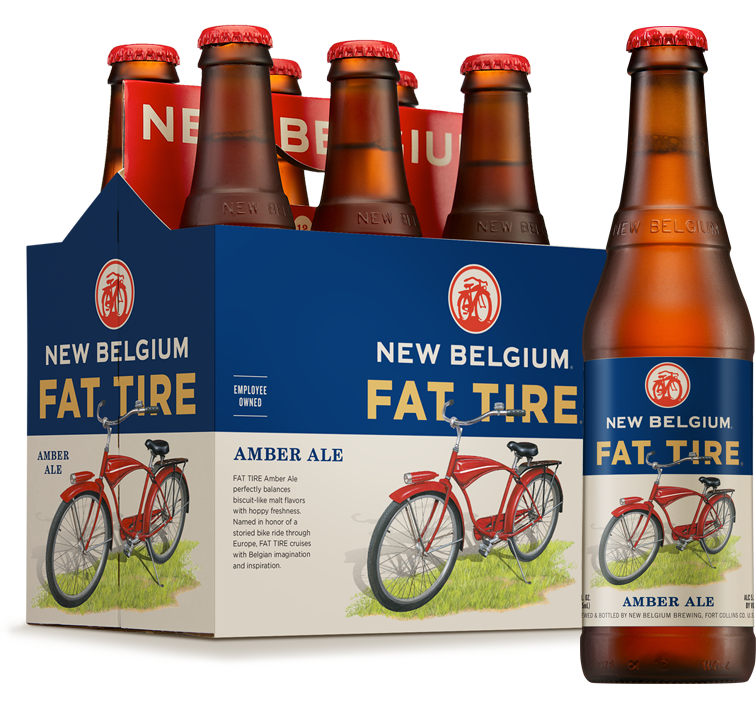 Mashed potatoes are something that you could serve year round and get no complaints from anybody, but for some reason they just taste better on Thanksgiving.  The combination of the hearty texture, the melted butter, and starchy deliciousness that they bring to the table cannot be beat.  I’m going to assume you’re eating your mashed potatoes with gravy for this one because, well, you’re ‘Merican, aren’t you?!

There are two schools of thoughts when it comes to mashed potatoes.  You can go with lighter beers that try not to overpower the potato, but also cleanse the palate of the fattiness of the butter and gravy, or you can go with contrasting flavors that might enhance one or two ingredients of the dish.  Beers in the first camp would be Chech Pilsners, American Blonde Ales, and American Lagers.  Beers in the second camp could be IPA’s to bring out the herbs in the potatoes, brown ales to bring out the roasted flavors in the gravy, or saisons to compliment the rustic nature of the potato itself.

Our choice is Sixpoint’s The Crisp!  Besides being cool for being in a can, it’s got a great balance of clean finish and hop spiciness that almost blends both camps together. 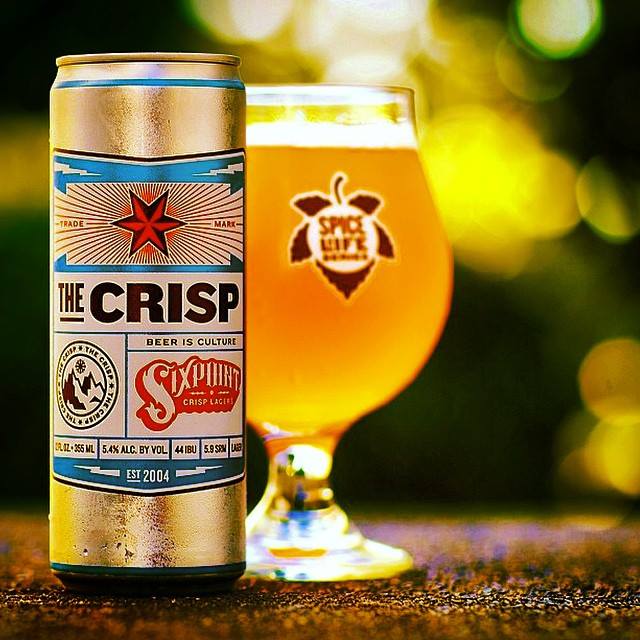 Call it stuffing, call it dressing, I don’t care.  All I know is that it’s the sole reason I look forward to Thanksgiving.  If it were socially acceptable to have stuffing for every meal I would.  In a way, beer is liquid bread, and stuffing is solid beer.  There are some basics to the recipe, but everyone has their own take on stuffing, so we’re going to stick with the traditional “Stove Top-Style” stuffing flavor.

Given it’s bready and herbaceous nature, stuffing can go well with a lot of different beers.  But, the yeastiness of the bread is key to me, and I would always pair stuffing with some great Belgian offerings.  Saisons, Dubbles, Belgian Goldens, anything that has some body to hold up to the bold flavors of stuffing, and light enough yeast “funk” to not ruin the stuffing is key.

Our choice here is Two Brothers’ Domaine Dupage!  Sweet, yeasty, and spicy, it just fits perfect for the flavors of stuffing! 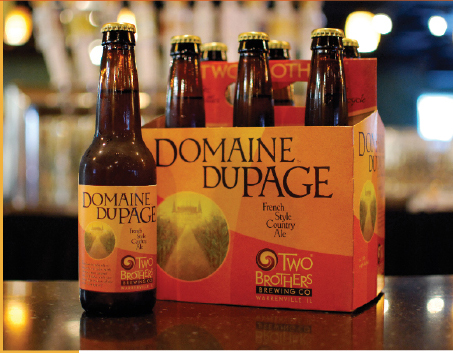 While it isn’t my favorite thing in the world, I know people who eat cranberry sauce by the shovel full.  Because it is sweet and tart, it also lends itself to two camps of thinking.  Camp one is complimenting the fruit flavor with fruity beers, and the second camp is using the fruitiness of the cranberry to add a fruity background to a beer that could use it.

The first style would be your fruit beers, shandies, hefeweizens,  and saisons.  These naturally have fruit notes that go well with cranberry. The second camp are beers like porters and stout, using the chocolate notes as a companion to the fruity tartness you just ate.

Our choice is New Glarus’ Serendipity! Ok, this one might be cheating because it isn’t quite “accessible”, but if you trade I’m sure you can get it without too much hassle.  That being said, the apple forward Serendipity has cranberry in it, but could use just a touch more.  Sounds like a perfect match to me!

No! I refuse to give you a pumpkin beer to pair with pumpkin pie.  To me that’s like saying a chocolate bar pairs with a chocolate stout.  I want to compliment flavor, not necessarily compound flavors.  That being said you can, again, look at this in two ways.  You can drink something light and dry to fight off the sweetness of the pie, or you can find fall-type beers to go along with the spices in the pie, and the crackeriness of the crust.

I prefer to go with the second philosophy because I want to end my meal with a bang.  Aim for beers with deep, brown sugar notes, or hints of nuttiness.  Brown ales work well, so do Wee Heavies and Ambers.

Our choice for pumpkin pie is Shiner Holiday Cheer! Sure it’s a Winter beer, but the beer itself is full of clove, banana, peaches, and pecans.  It’s a great companion for pumpkin pie. 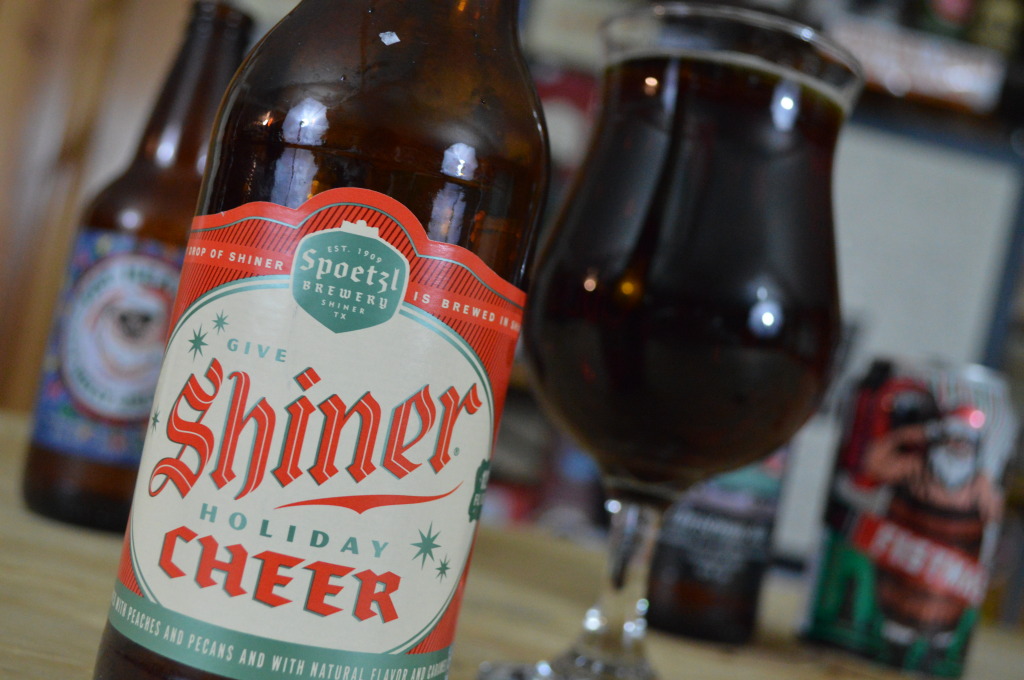 There you have it, 5 great craft beers for your Thanksgiving Dinner.  If you aren’t up for trying different beers based on your separate dishes, a great Saison is one beer that will be diverse enough to compliment all of the flavors above.  Go ahead and get a local Saison to celebrate the holidays.

Let us know what you guys think below. What would you add to this list, what beer do you drink for Thanksgiving?  Comment below and, as always, cheers!