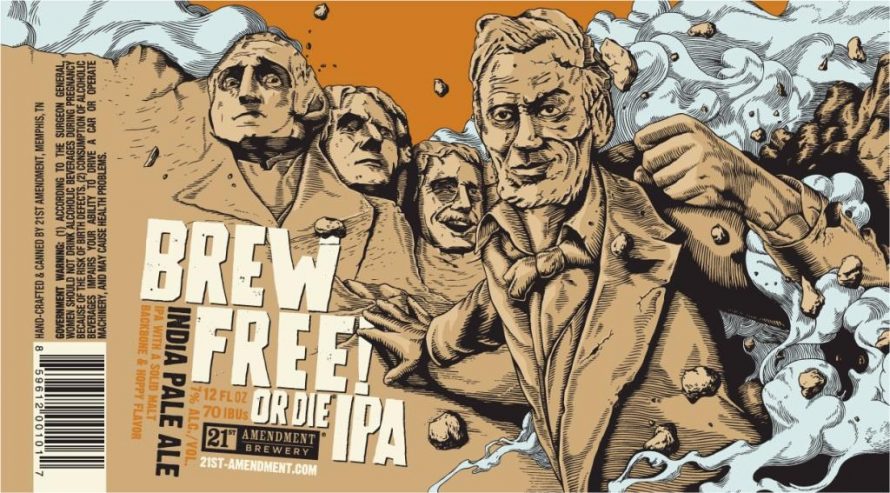 This 4th of July, it is our wish for you, readers of the Brew Review Crew, that you are surrounded by friends, family, and thine fellow countrymen to commemorate our nation’s independence in blissful celebration. It has been 239 glorious years since the infant colonies overthrew one of the greatest empires ever assembled. What better way to celebrate such a momentous occasions than to eat, drink and be merry! We know just how much we Americans love the 4th of July.  We recreate the crescendo in our national anthem as we blast rockets into the sky, we light sparklers and trace our names in photographs, we don our finest red, white and blue clothing, we cook our favorite American food on the grill, and maybe most importantly; We. Drink. Beer. 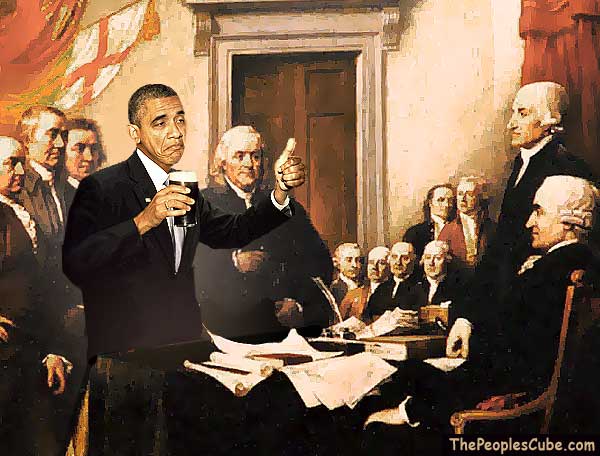 On this 4th of July, there are quite literally – hundreds – of options at your fingertips when it comes to selecting your celebratory brews. While so many will quench your thirst and pump the red American blood through your veins, this 4th of July, we urge you to celebrate with the most American brewery around; 21st Amendment Brewery.

Now, we now that there are MANY breweries deserving of your hard-earned cash and allegiance this 4th of July, especially those owned or operated by veterans but please, don’t get us wrong – while those breweries are deserving, this 4th of July, we are focusing on symbolism and remembrance! You see, when you drink 21st Amendment Brewery this 4th of July, you are not just celebrating the literal can (you’ll get it later on in the article) of whoop ass the colonists laid down on the Roody-Poo Red Coats – no – you are celebrating another victorious rebellion; the repealing of the 18th Amendment, more commonly known as Prohibition. 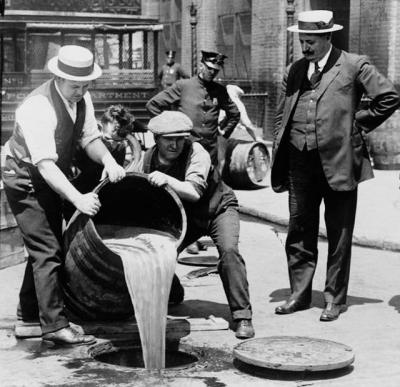 This 4th of July, why not celebrate the mollywopping of two historically oppressive entities in one (or many) delicious swigs of 21st Amendment beer? We here at the Brew Review Crew have 5 freedom-induced reasons why you should drink 21st Amendment Brewery *EXCLUSIVELY* this 4th of July. Now let’s take one small step for man, and 5 giant leaps for all of beer-loving mankind.

Like many people in the brewing business, Co-Founder Nico Freccia was an avid homebrewer who wanted to bring his great beers to a boring market.  The other Co-Founder Shawn O’Sullivan was working as a paralegal and a photographer and was quite successful.  Eventually he realized that beer was his passion, dropped everything he had and went to work at an area brewery. 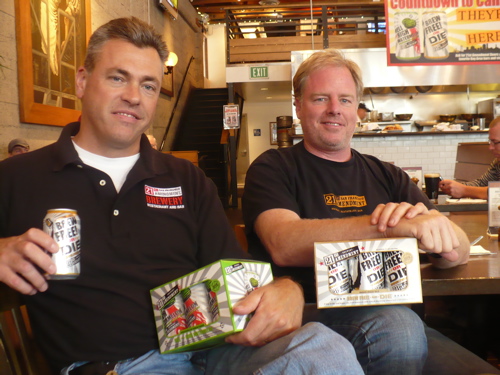 These two came together with a common vision and created an empire.  What was once a well-run, small-town brewpub is now a nationally-distributed American Icon.  As Drake (who is SOUNDLY *not* American) might put it, they started from the bottom… Merica! 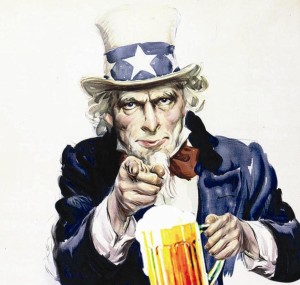 We here at the BRC love the history of beer, but we also love history in general (Ron is a history teacher, after all).  When these two passions intermingle you get 21st Amendment Brewery.  The namesake of the brewery celebrates the law that repealed prohibition allowing Americans to once again, legally, buy and consume alcohol. 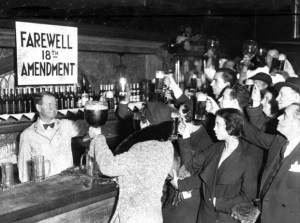 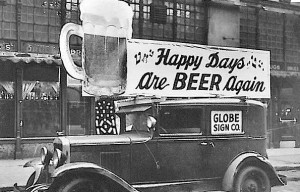 It’s not just the brewery’s name that makes use of great historical references, their whole lineup of beer names are allusions to American History. Some of  our favorites are:Brew Free or Die, Hell or High Watermelon, Bitter American, Fireside Chat, and Sneak Attack. If these names don’t bring back a Patriotic Nostalgia, nothing will!

You might think this is a given considering that we are highlighting a brewery on a craft-beer blog, but some breweries are more delicious than others; it’s just a fact!  Back in Black was one of the first Black IPA’s I’ve ever had, and even though the style sounds terrifying, 21st Amendment made it so drinkable that I quickly went to explore the style from other breweries as well.  Hell or High Watermelon has become one of my summer cookout go-to beers because of it’s light body, full flavor, and kiss of watermelon that isn’t cloying, just welcoming.  Fireside Chat is one that I have in my fridge all winter long, as this spiced ale warms you up in just the right ways.  But on this 4th of July, we are asking that you make Mt. Rushmore proud and bust open a Brew Free or Die AMERICAN IPA.

This might be a stereotypically “Portland” thing to care about, but here in Ohio we too like to keep America beautiful.  We will be blunt; cans are better than bottles. Canned beers are not only better for retaining flavor, but they also are easier to recycle, and are lighter and less fragile creating a smaller carbon footprint for the brewers that create canned beers.  On a non-environmental front, canned beers are easier for coolers, can be taken to public places without worrying about bottles shattering, and are an overall easier vessel to work with at your pre-firework BBQ.  Plus, if you really feel the need to litter, wouldn’t you rather have people look at that beautiful, patriotic, 360 degrees of can label art?  I know I would.

I can almost guarantee that you will either eat a hotdog or a hamburger of some sort on the 4th of July.  It’s as traditional as fireworks and corn on the cob.  So what beers pair well with 4th of July fare?  All of the offerings from 21st Amendment, obviously! But let’s break it down like this:

Grilled meats: The perfect pairing with grilled meats is Back in Black.  This black IPA gives just enough charred flavor from the grains to go well with the charred flavor of the grill, and then comes in with a hoppy kick at the end, cleansing the palate, begging you to eat and drink more and more.

Potato/Macaroni/non-veggie salad:  Down to Earth – Which is the new version of Bitter American – is a session ale meaning it is light in alcohol and body, but not necessarily in flavor.  This light IPA holds up well to those summery side dishes without overpowering the greatness of the food itself. 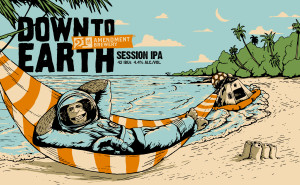 Fruit Salad/Corn on the Cob: You should probably know already that Hell or High Watermelon is going to be the beer of choice here.  The watermelon component plays naturally with any fruit dish you can find, and compliments the sweetness of American Sweet Corn.  You gotta love it!

While you’re at it, why not check out ALL of our food and beer pairings? You’ll be glad you did!

Listen, we’re not saying that you CAN’T buy from other breweries this 4th of July, but if you want to be as patriotic as possible, you need to go with a sample pack from 21st Amendment.  We know we will. Happy Independence Day!