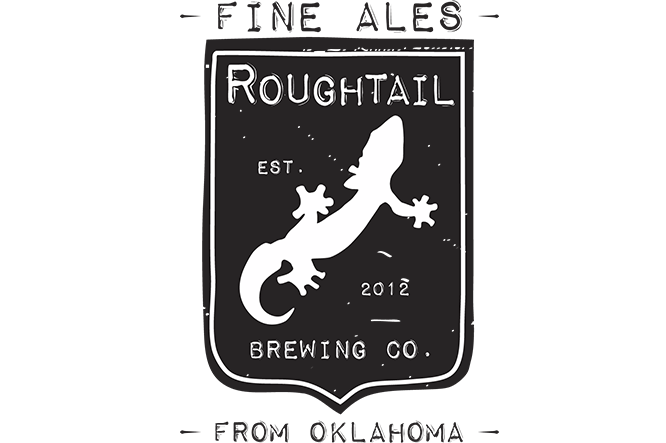 When you think of the Oklahoma a few things come to mind, but kick-ass breweries aren’t necessarily the top of that list.  Well, thanks to breweries like Prairie and Mustang, the Sooner State is starting to get some much-deserved recognition in the beer world.  That being said, there’s one brewery that definitely deserves your attention, and that brewery is RoughTail Brewing out of Midwest City, Oklahoma.

RoughTail’s goal is to bring people aggressively flavorful beers.  Every beer they make isn’t meant to be approachable, it’s meant to blow you away.  This is a mindset that I love: make the best beer possible, and people will flock to it.  You won’t see a “mass appeal lager” on their lineup, just bold, bold brews.  All of their beers are dry hopped, which means that as the beer ages, they add hops in order to increase the aroma of their beers.

In terms of packaging, RoughTail cans all of their beers, which we love, and on each can you get a lot of great information.  It will tell you ingredients, description, food pairings, serving temp, and more.  Also, the cans just look awesome, which is always a plus.

From a customer’s point of view, I fell in love with RoughTail before I even took a sip.  They reached out to us to have us try some beer, but they didn’t just send over beer they had leftover in the cooler, they took the time to ship beer as fresh as possible.  Here’s a line from an email with RoughTail, “…since you guys are hop heads I think you’ll dig that the Pale ale was canned on Tuesday, Hoptometrist was canned yesterday, and I pulled a can of Roughtail IPA of the line so all three will be super fresh!” If that isn’t above-and-beyond customer service, I don’t know what is.  Super impressive, Roughtail.  But enough about the brewery, let’s talk about what matters — the beer

Hoptometrist is a double IPA with a huge bitter bite that will please all hop heads.  Check out our video below for all of the juicy, hoppy details. 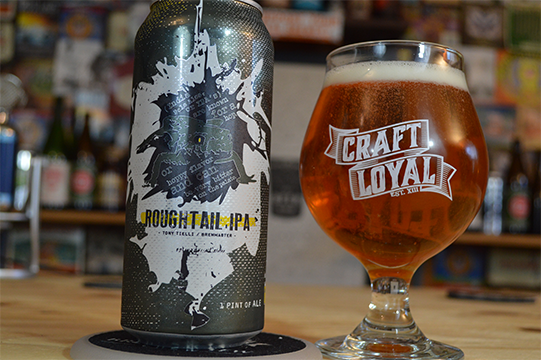 The aroma is HUGE in this one.  It reminds me of a very typical West Coast IPA.  Lots of grapefruit and orange peel, pine, and some lemon zest as well, but then there’s a slight chivey essence in the background.  It just smells super juicy and refreshing.  On aroma alone it is an A+ beer.

The flavor follows the nose closely, but it’s not quite as intense.  Lots of tropical grapefruit and orange pith up front, and it is followed by a piney lingering bitterness.  The bitterness isn’t sharp or harsh, but it is there.  If nothing else it makes you want another sip.  It finishes a bit cloying, but overall it’s a fantastic IPA. I’d give it a 96.

Polar Night smells like fresh ground coffee mixed with smoke.  It’s pungent, smoky, burnt, chocolaty, and incredibly inviting.  I know they dry hop every beer, but the bitterness on this one is all from those dark, burnt grains.  Smells like something that would keep you warm on a dark, polar night.

I wouldn’t quite go as far as saying this tastes like a black IPA, but hops are making themselves known in this dark stout.  It is every bit as bitter as their other beers, but has this incredible coffee flavor to accompany the hops.  As the beer warms the chocolate comes out more; paired with the coffee and slight citrusy hops it makes for a really delicious brew.  This gets a 92 from me. 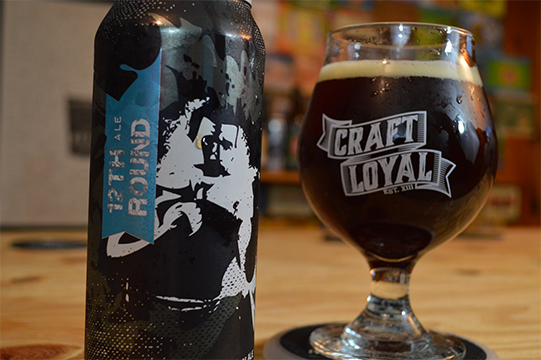 This is the first RoughTail beer that doesn’t have just an overly aggressive aroma.  The aroma that is there is deep and malty, full of toffee and caramel.  Again, there’s a slight citrus aroma in the background, but for the most part this is a malt-forward brew, as it should be.

For having such a subdued aroma, the bitterness on this one is a hoppy knockout.  They brewed this one with a large addition of Apollo hops, and that bitterness is assaulting the tongue.  It’s barely balanced by the big barley bill.  In fact, I almost feel like the hops are canceling out the malty presence that should be there, but isn’t.  Caramel and burnt toast notes are there, but for a strong ale, I expected a little bit more. My grade of 12th round is an 83. 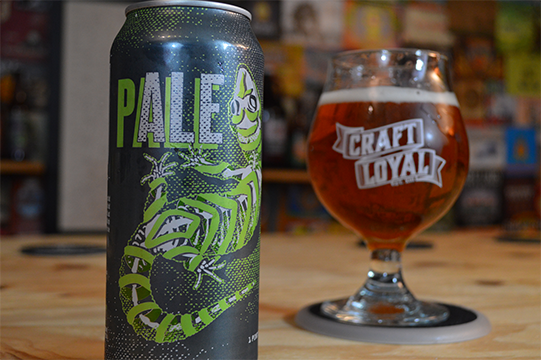 Pale Ale has an aroma that reminds me of the “new world” hops.  Made with El Dorado, Centennial, and Mosaic, this one can almost do no wrong.  It’s tropical with notes of mango, pineapples, and grapefruits.  It also has hints of melon and vegetal spiciness.  The big thing about this pale ale is that is smells dry and drinkable, not too aggressive, just flavorful.

Just as I expected, this is a hop-forward pale ale but not bitter by any means.  It’s incredibly drinkable and the tropical fruits shine.  It’s really dry and flavorful, but again, not too aggressive.  This is one of those beers you can drink all day and never look back.  It reminds me of a session IPA but with a bit more body; really refreshing, and really good.  I’m giving Pale Ale a 93

It’s easy to look at these grades and say, “Well, obviously they’re going to give them great scores, they got the beer for free!”  While that might seem like the easy plan, it does us no good to rave over every beer we’re given.  In RoughTail’s case, I was blown away by the bold flavors that they packed into each beer.  Some were more bitter than most people like, but every hop head will appreciate these brews.  They were fresh, had the right hop profiles that fit what Ron and I like, and were full of character.  I would be shocked if we didn’t hear more from RoughTail in the future, the beers are just too good not to love.

Of the beers above, the one I liked the most was the IPA, I urge you to find it for yourself. If you can find some in your area, pick some up and let us know what you think about RoughTail’s portfolio of beers.