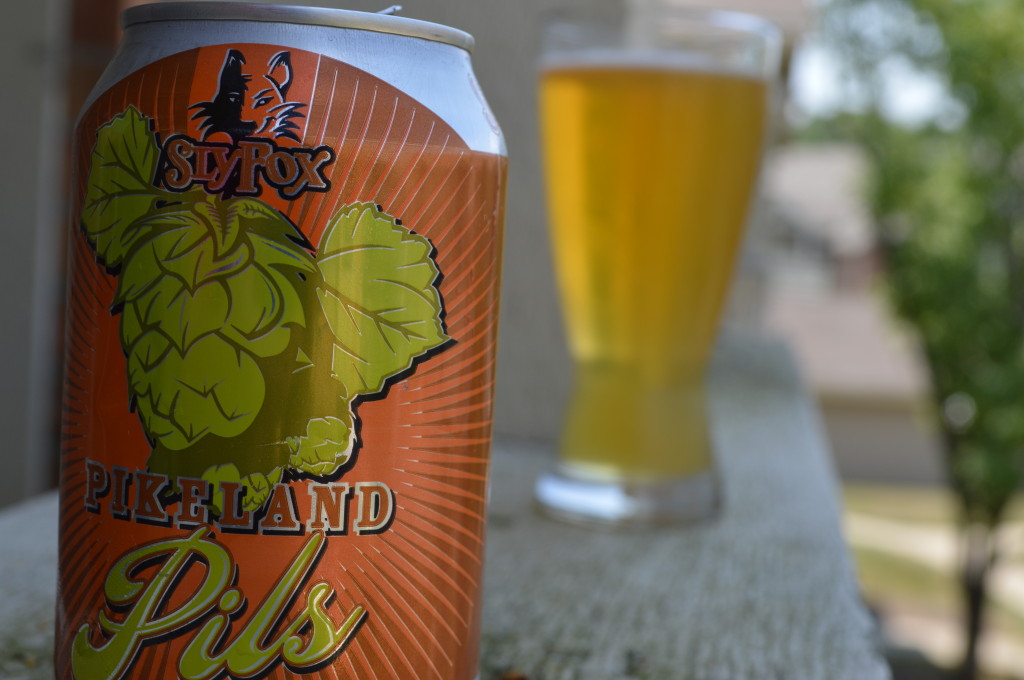 The pilsner – classic, clean, and widely seen as an afterthought to the average craft beer drinker.  Why?  Because they can often resemble the macro lagers that craft beer drinkers are told they have to avoid.  Now, Ron and I both love an ice-cold macro lager when the time is right, but that doesn’t mean we aren’t lovers of craft beer too!  In reality, Pilsners are a style that shows me a brewer has perfected their craft.  It’s easy to add hops to cover up a bad IPA, but a pilsner is delicate and requires Dr. J-like finesse.  When I received Pikeland Pils by Sly Fox in a recent box from “The Original Craft Beer Club” beer of the month, I was excited.  A.) I love trying new breweries (at least ones that I can’t get in Ohio), and B.) I want to see how they can take a pilsner and make it unique.

Pikeland Pils has won two Great American Beer Fest (GABF) gold medals, one in 2000, and one in 2007.  It also received bronze in the 2003 GABF.  Coming in at 4.9% ABV and 44 IBUs, this fits perfectly into the slightly hoppy end of the pilsner guidebook.  It was made with imported German malt and noble hops to keep it as traditional as possible.  The way they make it revolutionary, is selling it in these cans at Phillies games. 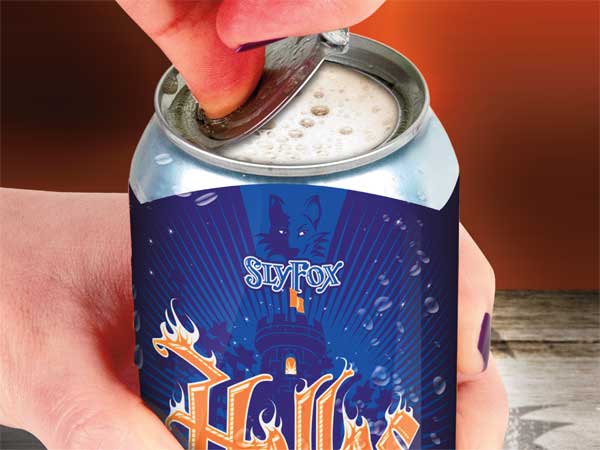 Granted, that’s a picture of their Helles, but the same Pop Top can is used for the Pikleand Pils, and it’s awesome.  You guys know I’m the biggest canned beer fan out there, and at a baseball game I think this is a really cool twist that gets the attention of the fans.  Even if they buy it once to try out the can, Sly Fox wins.  Hopefully, their beer tastes just as good!

Pikleand Pils is as pale as it gets.  It’s a rustic yellow, golden-straw color.  A brilliantly-white head formed on this beer at first, but didn’t last long.  While it does have a little bit of haze to it, this beer borders on crystal clear, and is really quite pretty.  This pils doesn’t seem to look too bubbly, though I do get a three constant streams of carbonation rising to the surface.

The me, the aroma of a pilsner is so “classic beer”.  Pikeland Pils is no exception.  It has a grainy, doughy, bread-crust like aroma, but it also has a big graham-cracker-like aroma as well.  Hops are minimal on the nose, if anything they add a peppery spice and earthiness.  Overall this is a very “clean” smelling beer.  It has a big malt presence, but that’s about it.

Whatever I was saying about “not looking bubbly”, I was lying.  This beer is bright, lively, and spritzy.  The body itself is on the thinner side, but the CO2 really scrubs the palate and fools you into thinking it has a much fuller body.  I mean, long after I swallow, I still get tingling on my tongue and cheeks like I just ate a mouthful of Pop-Rocks.  It does give a slight sugary coating on your palate, but for the most part this beer is clean and dry.

Wow!  I was going into my first sip expecting a beer that whispers with delicate flavors, but was met with a shout!  Pikeland Pils starts with a sweet, bready malt bite, and finishes bitter and dry.  The pilsner malt overpowers the hops on the front end of the beer, but as you swallow, and after you swallow, you are left with an earthy, peppery, spicy hop bitterness.  This beer has an herbal quality that I find delicious.  It’s slightly flowery, lemony, and grassy, and makes me want to be outdoors in a German Bier Garten!  This Pils also has that classic, sulfur taste on the back end, though it is very subtle.

I’ll be the first to admit that I don’t drink as many Pilsners as I should, but from what I’ve experienced and studied, Sly Fox has made a great, slightly-hoppy, classic interpretation of a German Pilsner.  It’s light, crisp, dry, refreshing, but still full of malt and earthy hop flavors.  I’m going to give Pikeland Pils a 92, A-.  It seems to fit in perfectly with what a German Pilsner should be, but I just wish it played more delicately with the flavors.  It’s slightly too bitter for my taste, and I would actually love to see some more of that sulfur come out on the back end.  Overall, though, this is a great beer that the people of Pennsylvania are lucky to have.  If you want to branch out away from the big, bold beers you see on most shelves, grab a Pikeland Pils, and emjoy!