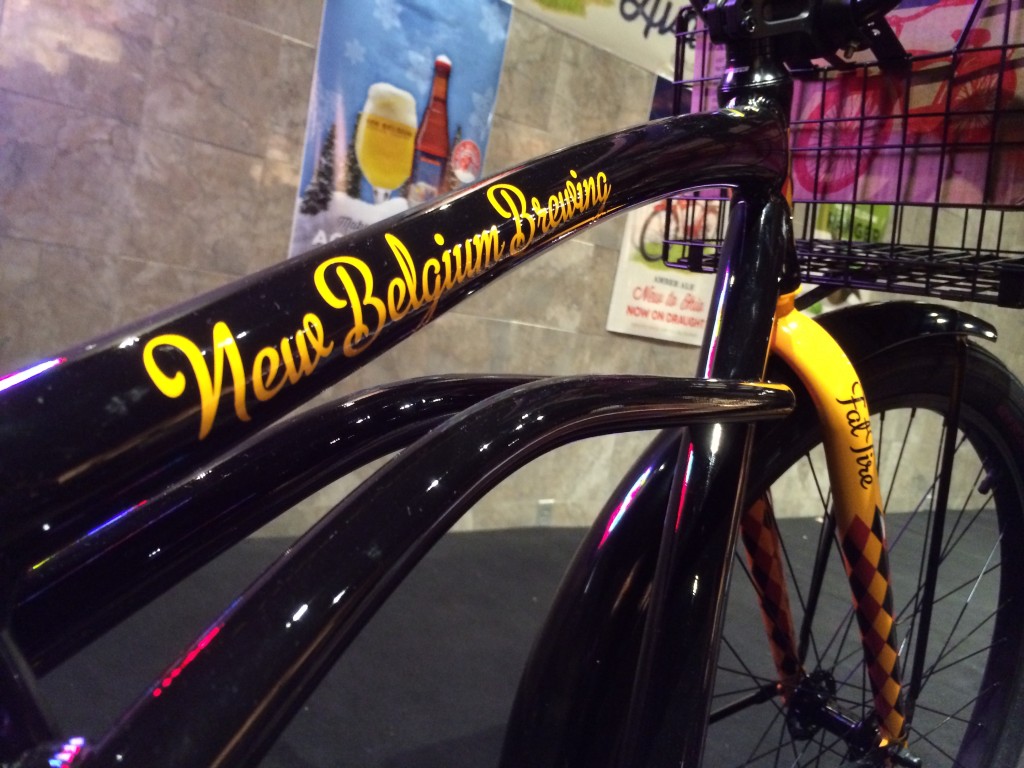 One of the best things about being involved in the world of craft beer is the opportunity to attend exciting events and meet wonderful people who are like-minded in their love for beer. Last night, Cory and myself had such an opportunity when we were invited by our friends over at Heidelberg Distributing of Toledo to attend the highly anticipated release party for New Belgium Brewing out of Fort Collins, CO.

First off, we here at The Brew Review Crew are truly lucky to have friends over at Heidelberg. They put on terrific events and really know how to have a great time, all the while distributing the world’s best beer and wine to the Ohio and Kentucky areas. This event was no exception. We had a wonderful time sampling four of New Belgium’s standard brands including: Fat Tire, Accumulation white IPA, Trippel, and their Ranger India Pale Ale, all of which were delicious. It was my first experience with New Belgium, and one that I very much enjoyed.

New Belgium is a craft beer giant out West and really exemplify the idea of the American Dream; starting from almost nothing to reaching the highest successes of the craft beer industry. Cory and I were lucky enough to have the opportunity to speak with New Belgium representative Scott Stepina, whose official title is “Beer Ranger” (which is as badass as it sounds).

Scott was awesome to speak with. He is, at heart, a giant beer fan, and it was a real pleasure listening to him lovingly tell the tale of New Belgium’s origins and history. As he told us about the founder, Jeff, and his travels overseas to Belgium, where he turned his hobby of craft brewing into a passion and eventually, a business, we could tell that Scott was still enamored with the company he has worked for for a year and a half. Everything that Scott shared with us was very impressive and really admirable. He told us all about New Belgium’s commitment to the environment and their commitment to their neighborhood in Colorado. He also shared with us that New Belgium is completely, 100% employee owned, which I truly find amazing. Scott shared so much valuable insight about the business, his own personal story of his employment with NB, and just generally talking about the beer industry. It was a real pleasure to speak to him. He seemed himself like a perfect representation of what the company seems to be about; good beer, great people and just enjoying life.

One thing that New Belgium does that both Cory and I found really interesting was that, each year, New Belgium designs a signature bike (see the photo above), which they then give their employees after they have been with the company for over a year. Not only is that a cool idea, it really shows the dedication they have to their employees, which in turn results in a highly motivated workforce. This dedication to employees was recognized by Outdoor Magazine, when they rated New Belgium as the best place to work in America in 2008. 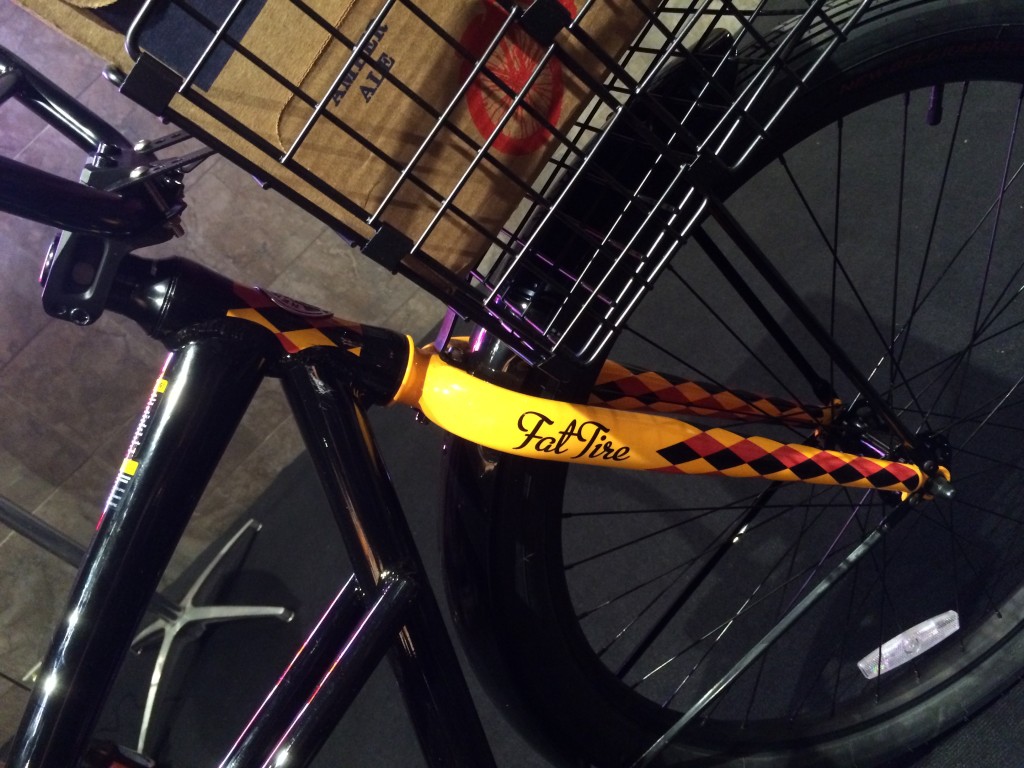 New Belgium is doing some really fun and interesting things with their experimental beer program, Lips of Faith series as well as their in-house program, “Loose Lips”. Loose Lips is similar to what Dogfish Head and other breweries do; invite their employees to try their hand in the brewing world and create home-brew concoctions that could potentially be NB’s next release! One example  that I found intriguing was a S’more Stout. This is just another example of involving their workforce to be an integral part of the business, which I really enjoy seeing.

If you read our blog, you’ll know that I am very much into sours at the moment, and always a fan of classic Nick at Nite tv sitcoms. Scott was excited to tell me about New Belgium’s sour program, which is going to yield some amazing beers. New Belgium uses two base lagers, Felix and Oscar (name derived from the always classic, “Odd Couple” sitcom) to create spinoff sour beers with different flavor profiles. It is something that I was really interested in hearing about, and I patiently await the day that I can review some of these beers for you all.

Cory and I had a terrific time at the release party and cannot wait for the distribution of New Belgium to begin in Toledo and other Ohio markets. I want to specially thank Scott Stepina for taking time out to speak to us, Kari from Heidelberg for inviting us to the event, and all of you for checking this review out! New Belgium has great beer, wonderful people, awesome fans, and I look forward to drinking and reviewing many more NB brews in the very near future.

Let us know in the comments what your favorite New Belgium beer is!