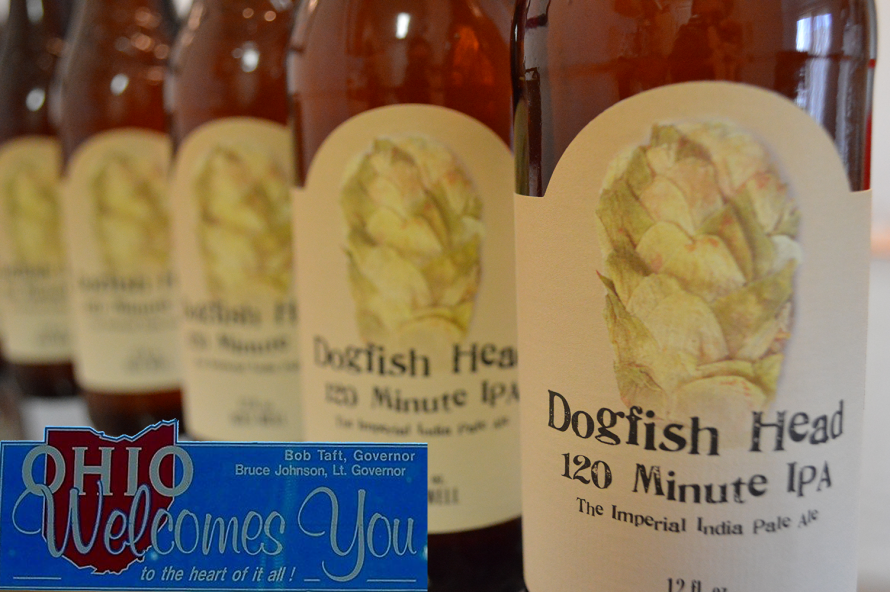 It’s a great year to be an Ohio beer lover.  Until 2016, we have been bogged down by the limitations of “The 12% Law”.  This is the state-regulated law that doesn’t allow beer that exceeds the 12% ABV mark to be sold in the state of Ohio.  On May 31st, John Kasich signed a bill that overturned the out-dated law capping Ohio’s beer.

What this means is that, come later this year, Ohioans will be able to buy high ABV beer, and breweries will be able to distribute high ABV beer to the Buckeye state.  As of now, beers like Founder’s KBS, The Bruery’s Mocha Wednesday, Sam Adams Utopias, and others could not be sold in Ohio even though the breweries already distributed to the state.  One of the breweries that has been holding beers back from Ohio is Dogfish Head, but, according to Cleveland.com, they have just announced that their 120 min IPA will now make it’s way to the Buckeye state.

If you’re a follower of the BRC, you might remember that we weren’t crazy about 120 min IPA.  Fresh, it seemed a bit of an anomaly, a beer that didn’t quite fit a style and didn’t quite blow us away, but since the taping of this video (years ago), I have learned to love Dogfish Head 120.

What makes 120 so unique is the sheer amount of ingredients in the beer.  In the Dogfish Head IPA series, they add hops in a unique way. They use a device that continuously adds hop pellets throughout the boil in a steady trickle of hops.  For the 60 min IPA, they add hops for the duration of a 60 min boil, for 90 min IPA they do it for 90 mins, and for 120 min IPA … I think you get it.  To go with all of that hoppy bitterness, they needed to also add enough of a malt backbone to keep this from being the worlds most bitter beer. The result is an IPA that clocks in between 18%-21% ABV, a beer that, until now, was far too “big” to be sold in Ohio.

Another thing that makes this beer unique, is that it is an IPA that gets better with age.  Some might disagree, but I have found that if you can hold out for about a year, 120 turns from a medicinal hoppy mishmosh, to a sweet, sherry-like, Scotch-Ale-like delicacy that is great to open up for celebratory events.

In other states, you can find 120 min IPA being sold for anywhere from $9.99 per bottle to $15.99 per bottle.  Ohio’s pricing should be the same.  This beer, like World Wide Stout and Dogfish Head’s other high ABV beers, is not sold in 4 packs, but instead will be sold by the bottle.

Keep an eye out for 120 on the shelves by the end of the year.  If you see them, stock up and do some experiments; drink some fresh, save some, but whatever you do, don’t pass on this beer.