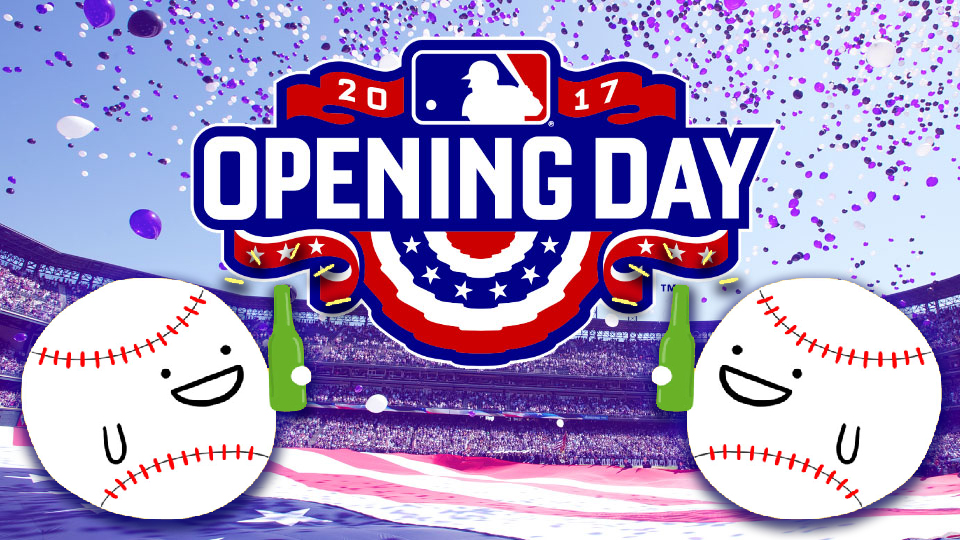 Hoorah, hooray!
Be glad, be gay-
The best of reasons
Is Opening Day.

And cheering the players
And counting the gate
And running the bases
And touching the plate.

And tossing the ball out
And yelling Play Ball!
(Who cares about fall-out-
At least, until fall?)

Let nothing sour
This sweetest hour;
The baseball season’s
Back in flower!

With winter winding down, and the green grass beginning to grow, with flowers beginning to bloom and leaves beginning to bud, we welcome in one of the most sacred days in the United States of America; Opening Day of the 2017 Major League Baseball Season. Whether you root for a team on the warpath towards the World Series, you root for one that blew a 3-1 lead in the World series, or you root for a team that isn’t good enough to mow the grass at the World Series; there’s just something about that first game of the new year. Even if you are not a baseball fanatic, there’s just something about opening day!

Now, we all know that nothing goes with baseball quite like peanuts and Cracker Jacks, but we would be remiss if we left out a thirst-quenching, refreshing and simply delicious beverage to wash all of that sweet and salty goodness down as we relax under blue skies while enjoying America’s pastime.

Traditionally, when lovers of America’s great game would flock to the ballpark, the beer options were fairly limited to major macro brew brands such as Budweiser and Coors/Miller (maybe, if the park was really fancy, you’d get a Shock Top Wheat), however; more and more, the 30 MLB stadiums around the country are offering a wide variety of high-quality craft beer options. So which craft beer style goes best with nine innings worth of red-blooded American sport pageantry that is baseball? Today, we have 5  recommendations for you! 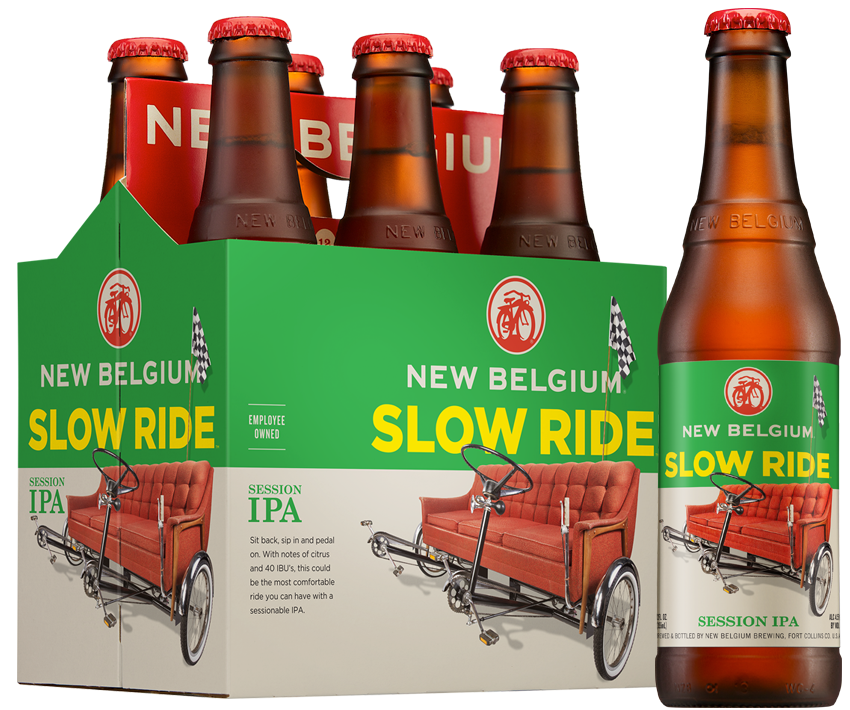 Session IPAs are brews that come in at ~5.0% ABV or less (the true mark of what makes a session beer a “session” beer is highly debated in the craft beer community). It’s as if session IPAs were brewed with baseball lovers in mind! According to ESPN, the length of average MLB game in 2016 has stretched three hours and 26 seconds, which makes session IPAs the perfect beer for baseball; you can have multiple session IPAs and still function without feeling heavy, weighed down, and most importantly highly intoxicated (generally speaking).

Our recommendation for a session IPA is Founders All Day IPA 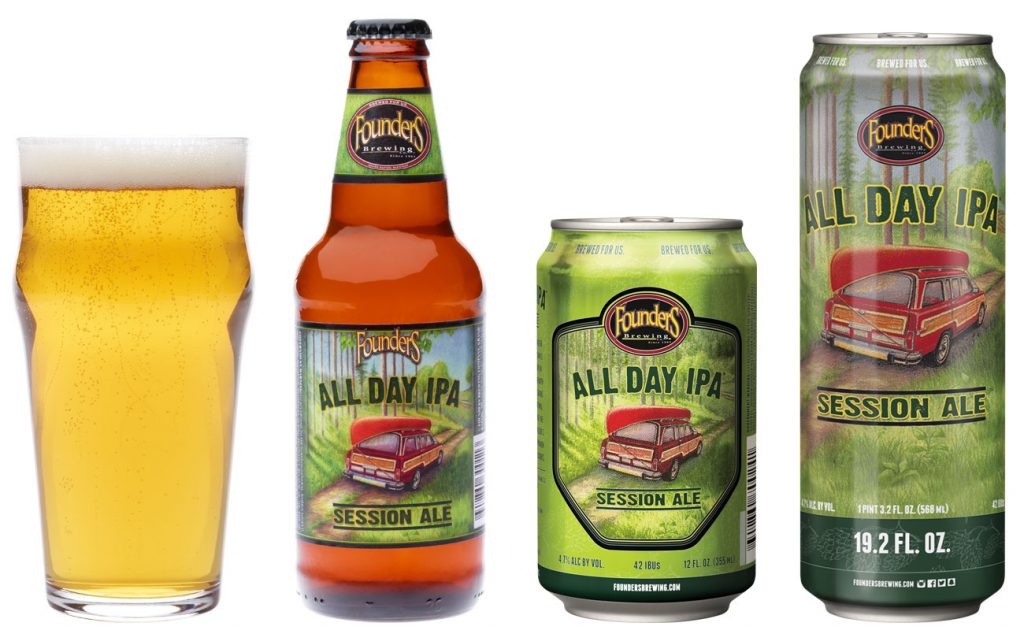 Coming in a variety of sizes and containers, All Day IPA comes in at 4.7% ABV. Not sacrificing flavor for lower ABV, All Day IPA is a flavor-filled, hoppy and ultimately delicious IPA that pairs beautifully with baseball.

Additional session IPAs we love and highly recommend are:

What’s your favorite go-to session IPA? Let us know below!

Easy-drinking and a favorite of casual beer drinkers and craft-lovers alike, wheat ales are approachable, flavorful brews that capture the essence of spring and summer in a bottle (or can!). Macro brands such as Blue Moon and Shock Top are commonly found in stadiums and venues all over the nation, but there is a plethora of craft offerings that pair just right with the screams of an overzealous baseball umpire.

Our wheat ale recommendation for this baseball season is available nation-wide (mostly) and even in some international markets; Bell’s Oberon. 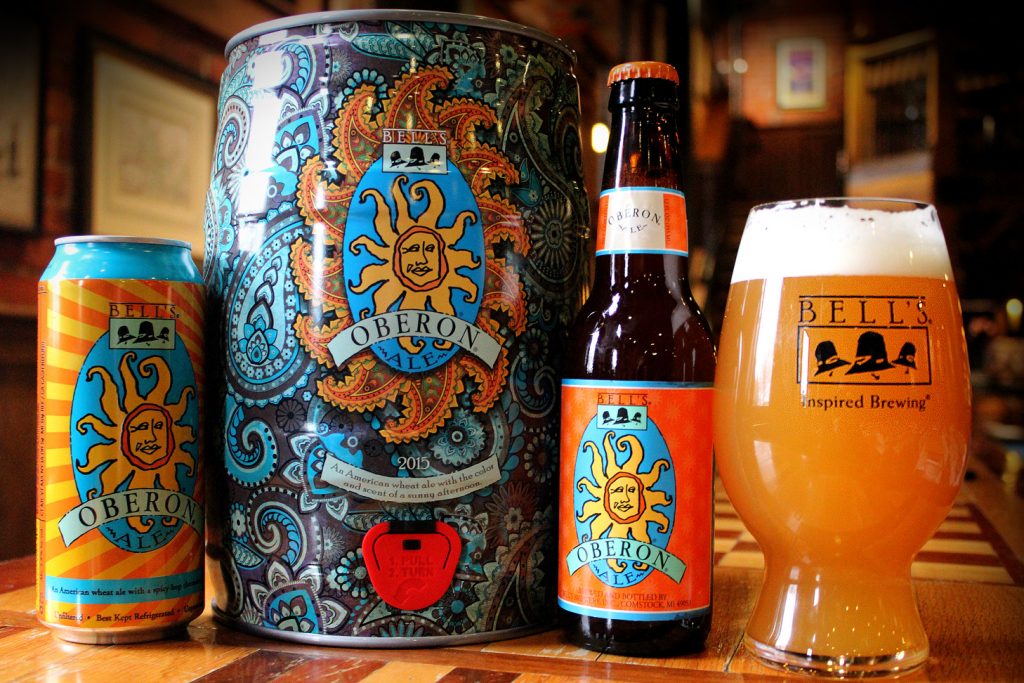 Popular for its signature summer flavor (a flavor formulated from Bell’s signature house ale yeast), Oberon is known for its mix of spicy-yet-subdued hop character with mildly fruity aromas. The addition of wheat malt lends a smooth mouthfeel, making it a classic summer beer. Made with only 4 ingredients, and without the use of any spices or fruit, Oberon is synonymous with baseball for many.

Other favorites in the wheat ale category for your consideration are:

What’s the most wonderful wheat ale to your tastebuds? Let us know below! 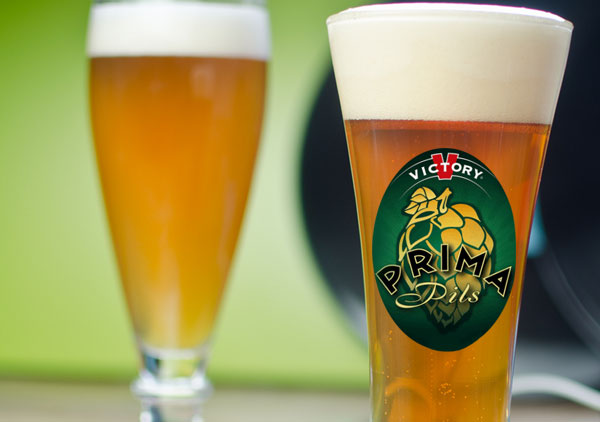 Recently, I have fallen in love with the Pilsner style. The simplicity, straight-forwardness of the Pilsner is truly refreshing and delicious. Light in body, Pilsners come in many shades of hoppiness and spicy(ness?) offering a wide array of flavors within the style. The most-consumed style of beer (by far), the Pilsner is perfect for long days at the ballpark. The unassuming, humble Pilsner is my go-to companion at Comerica Park when I’m enjoying (or not) a Tigers game under the warm Detroit sun. Highly drinkable, very approachable, the Pilsner is a thirst-quenching, low ABV option that is sure to please.

Our recommendation for the perfect Pilsner is Sixpoint Brewery’s The Crisp.

Sixpoint’s The Crisp is a hopped-up Pilsner that is a mashup of Pilsner malts and Noble hops. The result is a ridiculously refreshing Pilsner with a distinct, yet controlled hop bite. I absolutely love this beer and have yet to find a Pilsner that hits the sweet spot quite as well.  With notes of biscuits, white bread, grass and lemon, you cannot go wrong with The Crisp; especially out at the ol’ ball game.

Pilsners are quickly becoming my favorite style, so it is easy to recommend other Pilsners that are every bit as good as The Crisp.

What’s the perfect Pilsner? Let us know below! 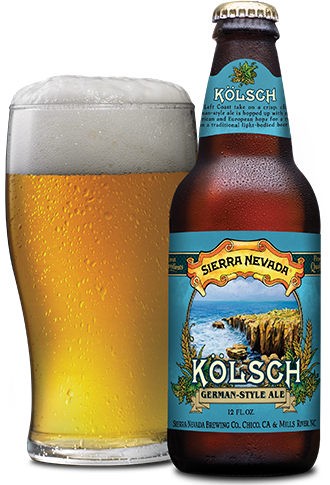 Kolsch (I’m not sure what the plural of Kolsch is, so I am sticking to The Kolsch) is an emerging style in terms of popularity and availability in the world of American craft beer. Long a favorite in Germany and Western Europe, Americans are becoming more aware of the Kolsch and its very approachable characteristics! According to CraftBeer.com, a Kolsch is best described as “light in color and malt character, this style’s fermentation process yields a light vinous character which is accompanied by a slightly dry, crisp finish. Ale yeast is used for fermentation, though lager yeast is sometimes used in the bottle or final cold-conditioning process.” In layman terms, the Kolsch is a crisp, refreshing, light option which makes it perfect for the seasonally warm temperatures enjoyed throughout baseball season. The Kolsch is an excellent introduction into the world of craft beer for those who perhaps had only drank macro lagers in the past. The flavor is more full than a macro lager, but not offensive or aggressive to the pallet like many might say about an IPA.

Our recommendation for a killer Kolsch to be enjoyed this season is Harpoon’s Sweet Spot Kolsch! 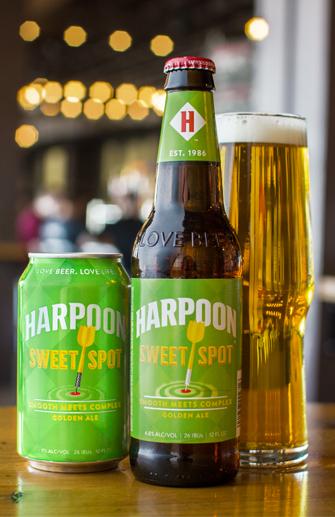 Sweet Spot, according to Harpoon, is a balancing act of the finest ingredients, this golden ale is a refreshing new breed of craft beer. Golden and bright, not too hoppy, not too malty, full-flavored but smooth, with a crisp, dry finish. We recognize that Kolsch styles are not as easy to come by, but we do highly suggest seeking some out at your next baseball outing. Many local breweries have teamed up with AAA teams to create team-themed Kolsch beers, which tend to sell very well in the warmer summer months.

Some additional Kolsch beers for your consideration are:

Did we miss your killer Kolsch? Tell us what it is below!

This last category is for a few examples of craft beers that are just outside of these major styles. These are beers that we feel compliment the weather and pace of baseball well, but don’t fall under a major category (or, are unique substyles of major categories)

Westbrook’s now infamous Gose is a shining star example of this classical German wheat ale style. Gose is perfect for baseball as it is very low ABV (usually under 5%) but full on unique flavors from the addition of salt and coriander (among others). For some, the style is very strange and off-putting, but for others (like us) they are fun, refreshing brews that go perfectly with a slow-paced games such as baseball on a warm spring or downright hot summer day.

Other delicious (and far more available) Gose include:

Radlers (often called a Shandy) are half beer-half SOMETHING concoctions. The Arnold-Palmers of the craft beer scene, typically Radlers are a combination of beer and either grapefruit juice, lemonade, or some other fruity beverage. These beers are love em-or-hate em type offerings, but do appeal to baseball fans for their refreshing tastes and low ABV characteristics.

While Sixpoint’s Rad was our favorite yet, here are some other fun radlers to experiment with!

Batter Up! Your Turn:

Thanks for checking out our list of the Top 5 Craft Beers for Opening Day! We hope you take time to enjoy this sacred American holiday and enjoy the rest of the baseball season with one of these amazing craft beers in your hand. We want to know what we missed or what you’d add! Leave us your recommendations in the comment section below.