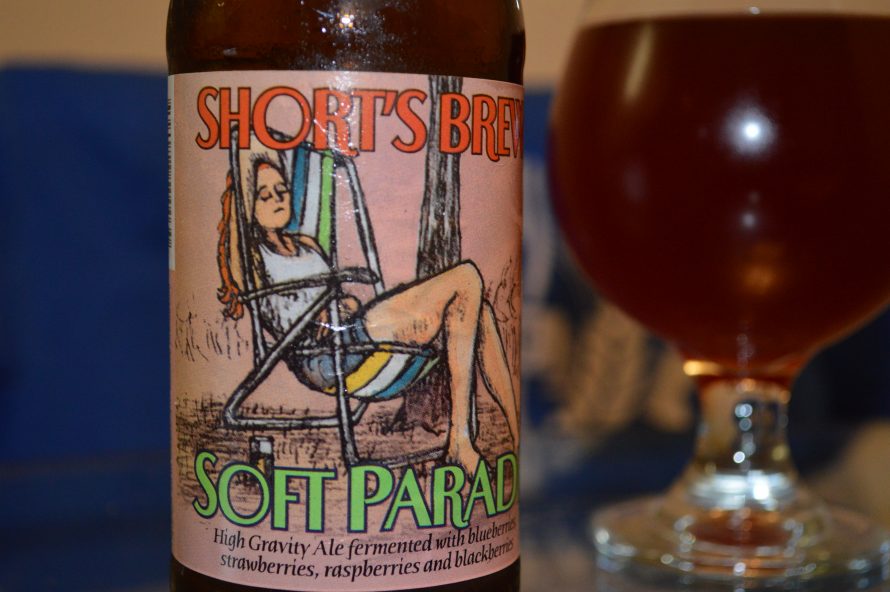 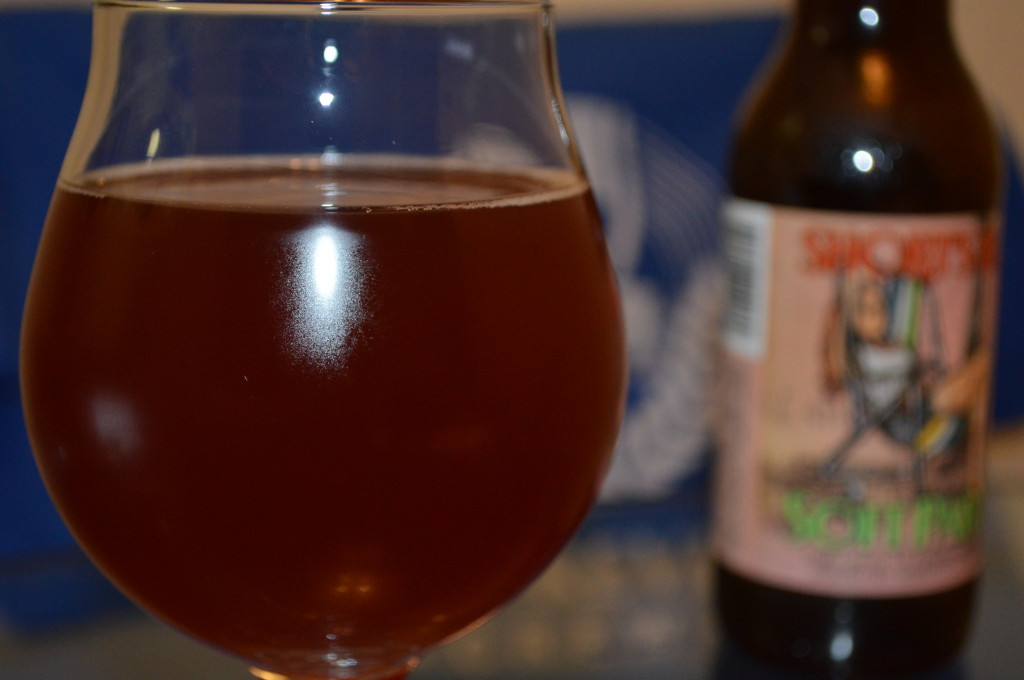 I deserve to be punished.  Make me bong a warm, flat Natty, make me drain pour a Pliny, I don’t care, but the fact that I live on the border of Ohio and Michigan, yet I haven’t had a single beer from Shorts is appalling.  Many of my friends have said that they make special trips up to “that state up North” just for a bottle of Shorts.  Well, today is the day I finally get it done.  I was in Michigan and came across a row of Shorts’ bottles.  Not trying to break my bank I wanted to just get two (I was there picking up some other gems), and one that caught my attention most was Soft Parade, a high gravity ale fermented with blueberries, strawberries, raspberries, and blackberries.  Basically, it’s a high-alcohol fruit beer.  Sounds great, right?  Here’s the description from Short’s website:

Soft Parade is a gourmet specialty pour that is brewed with toasted rye flakes and two-row malted barley. Loaded with pureed strawberries, blueberries, raspberries and blackberries, we refer to this fermented potion as a fruit infused rye ale. The result is a refreshing fruit delicacy that is easy to drink, visually appealing, and finishes dry.

Soft Parade comes in at 7.5% ABV, yet sounds like a sweet, berry-filled treat. 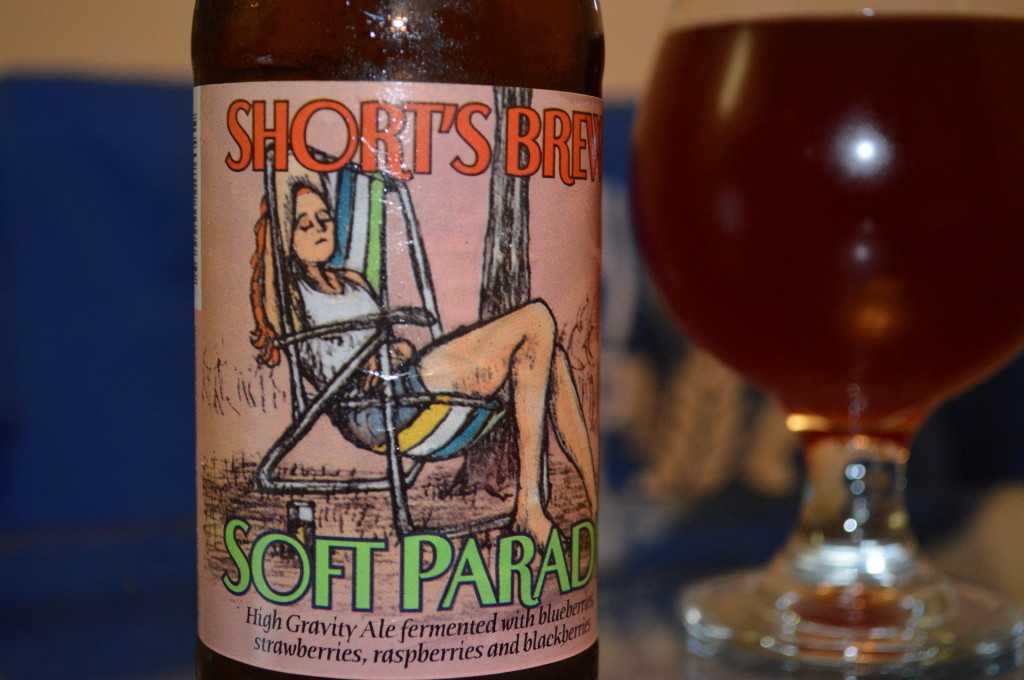 Soft Parade looks like Sangria.  It’s dark red, almost a purple-red, no doubt thanks to blueberries and blackberries.  It poured with basically no head, and still looks, well, flat.  The only signs of carbonation are the small white bubbles circumnavigating the glass.  When held up to the light, I can’t see through it.  It’s like looking into a mixture of unfiltered grape juice and water.

The first thing I thought of here, again, is Sangria.  There’s a big wine-like aroma, mixed with the sweetness of other berries.  Below the berry aromas is a thin layer of caramel, and a touch of rye spiciness.  Alcohol seems very apparent, again, like a wine.  It’s strange to me how Soft Parade has so many wine-like characteristics but no grapes.  I guess the other fruits stepped up to the plate to make this almost seem like it isn’t a beer.

Soft Parade is fairly thin, but it does have a good amount of carbonation to make up for the watery body.  Surprisingly, it doesn’t leave a cloying, sugary coat on the inside of your mouth like other sweet beers do.  Alcohol is present, and seems a bit out of place with such a thin beer.

Beer! Beer at last!  But a big, fruity, juicy beer. Soft Parade makes me think I’m drinking carbonated strawberry juice mixed with a touch of beer.  It’s sweet, almost too sweet, I don’t think I could have more than one glass of this.  There’s a warmth that follows the beer down into your chest that makes you know this is not a drink for your kids!  It’s almost as if someone took a combination of red and purple Cool-Aide and mixed it with beer.  I think one of the best qualities is that it does finish slightly tart, as if it was trying to be a sour, but never quite got there.  That tartness makes me able to come back for more without going into a sugary coma!  I also want to add how it’s hard for me to pick out any of the specific berries.  If I really pressed myself to ask which berries took the lead, I’d say strawberry and raspberry, but they blend together so homogeneously that I can’t pull them out.

For my first Shorts Brew beer, I’m impressed.  I always heard that they did things on the more “experimental” side of brewing, so a high ABV fruit beer seems to fit perfectly there.  I would have to say, though, that this seems more like a carbonated fruity red wine than a beer.  I’m going to give Soft Parade an 80.  While it is tasty, I think there could be some tweaking to make this idea mind-blowing.  I wish I could take some of the fruitiness away, but, then again, the point of this beer was to be enjoyed by the wine drinkers who visit Shorts.  I’m not a wine drinker, so I’d like just a touch more of a “beer” presence in Soft Parade.

I will say, though, that anyone who is just getting into craft beer would probably really enjoy this.  It’s fruity, sweet, slightly tart, and is easy drinking.  It would pair perfectly with a light summer salad drizzled with balsamic!