Today, we are looking at a new craft beer smartphone app called ‘Picky Pint’! Creator Mike Parks recently reached out to us here at the Brew Review Crew and excitedly told us all about Picky Pint. The mission behind Picky Pint is to help ‘Navigate Beer Menus with Confidence’. The main objective of Picky Pint is to take a photo of a beer list to get ratings and recommendations, and easily find a great beer at any restaurant or bar. Picky Pint comes with three main features; they are as follows:

Have you ever sat down at a restaurant or craft beer bar and become overwhelmed with the multitude of magnificent offerings of the establishment? I know that when I visit my favorite local craft beer bar, their tap list is full of brews I have never experienced, and while I may check each one on Untappd, that process becomes a bit cumbersome and time consuming. I could always ask the server or bartender for brew descriptions, but again, that could get annoying or even be inaccurate. Perfect Pint seeks to solve those issues in a convenient app.

With just a photo, Picky Pint lets you quickly find ratings, style, bitterness, and other information about each beer in a restaurant beer list. 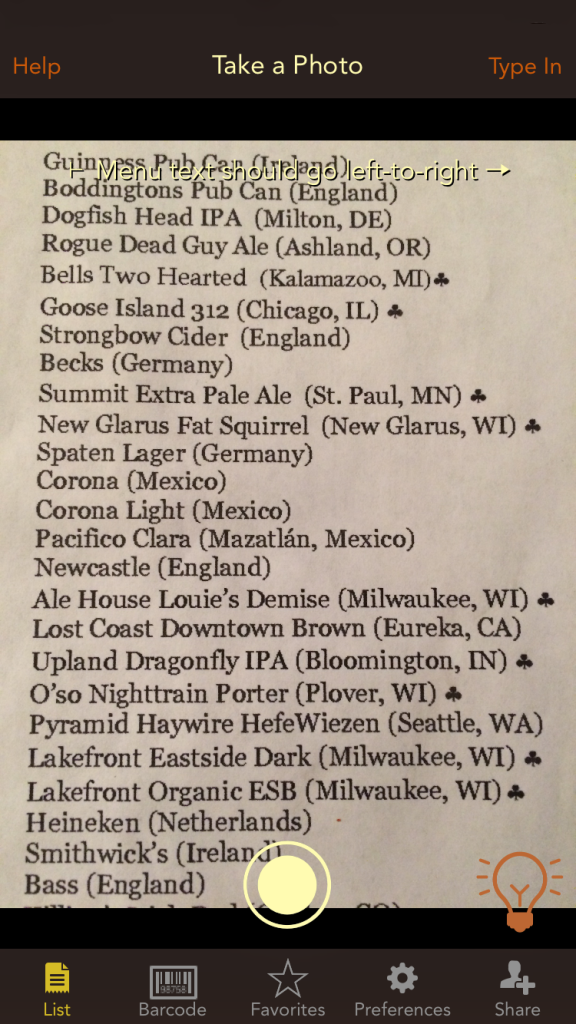 Picky Pint then allows you to easily choose an option from the list to learn more about that specific beer. Ratings and information are gathered from Ratebeer.com, so take that for what it is worth. We think they should use BrewReviewCrew.com (maybe someday, 😉 ) 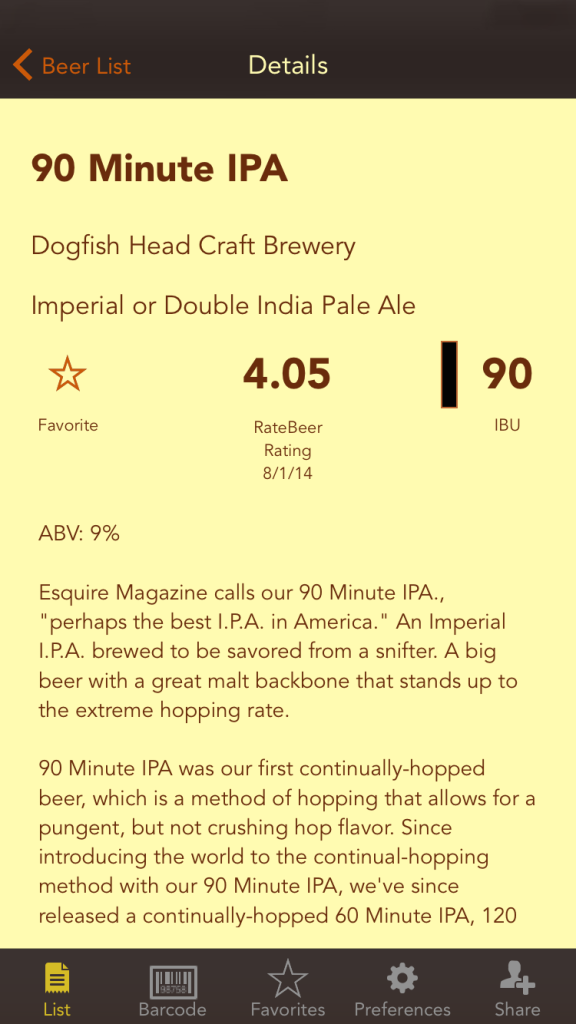 Picky Pint also lets you get ratings and information on beers by scanning bar codes. Perfect for finding a beer made just for you at the store, or in your friend’s fridge. This feature is very similar to features found in other craft beer apps such as the BeerAdvocate, BeerBuddy and CraftCheck Apps. This feature, however, in Picky Pint is a paid-feature, so you will have to pony up for the Pro version to unlock this feature. 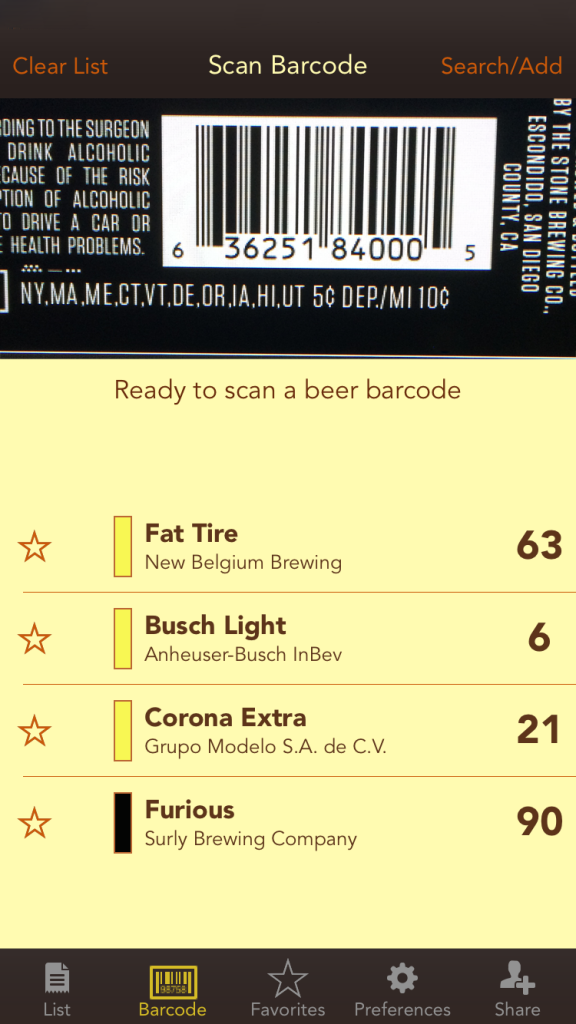 Set your favorites and preferences and Picky Pint adapts its recommendations to your personal taste. This feature is helpful if you find a really tasty brew and want to find more beers within that style or with similar flavor profiles. This is a common feature in many craft beer apps, but it is nice that it is included with Picky Pint as well.

Picky Pint is available for free (with optional in-app purchases) on the Apple iOS store as well as the Android Google Play store. Let’s take a look at some of the features of Picky Pint.

Available today, Picky Pint is a new smart phone app that lets users easily choose their next beer at a bar or restaurant. Take a photo of a beer list, and Picky Pint provides ratings and recommendations for beers on the list, and also lets users get more information about each of the beers found.

Picky Pint analyzes the photo taken of a beer list and lets users sort the beers on it by several criteria, including score and bitterness, so users can choose their next beer smartly, according to their taste and preferences. Users can also tap on a beer name to get more details, like the ABV content, and a detailed description of each beer.

Picky Pint solves the problem of choice paralysis when looking at a restaurant’s beer list, and allows users to smartly select a beer according to their tastes, even when the beers on the list are completely new to them. New beer discovery is made easier and more fun, no matter the user’s previous beer experience.

“Trevor and I created Picky Pint in order to make it quick and easy to find a beer we’d love, and new ones we hadn’t tried before. The explosion of new and exciting craft beers being released made this the perfect time to create this app.” said Mike Parks, co-creator of Picky Pint.

Picky Pint also includes a bar code scanner, letting users scan beers at the store or at home, and get ratings quickly before purchase.

Picky Pint lets you set your beer preference, and will adjust its recommendations automatically as it learns about what beer the user prefers. Users can also mark their favorite beers to easily identify beers that they have tried and liked in the past.

Picky Pint is now available on iOS and Android devices for free, or for $2.99 for the Pro version of the app.

Picky Pint was developed by two college friends and software engineers from the Minneapolis suburbs.

If you are interested in downloading Picky Pint, please visit the following web addresses!