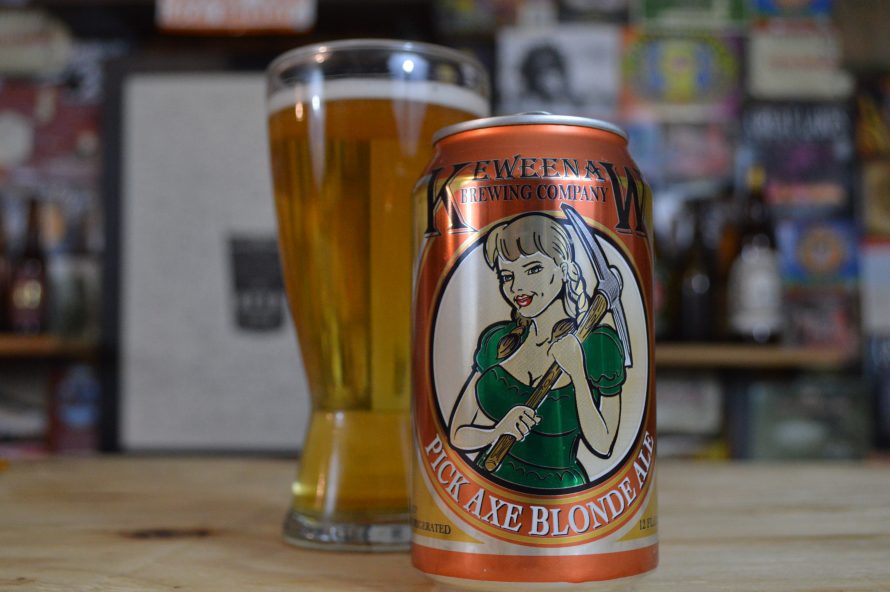 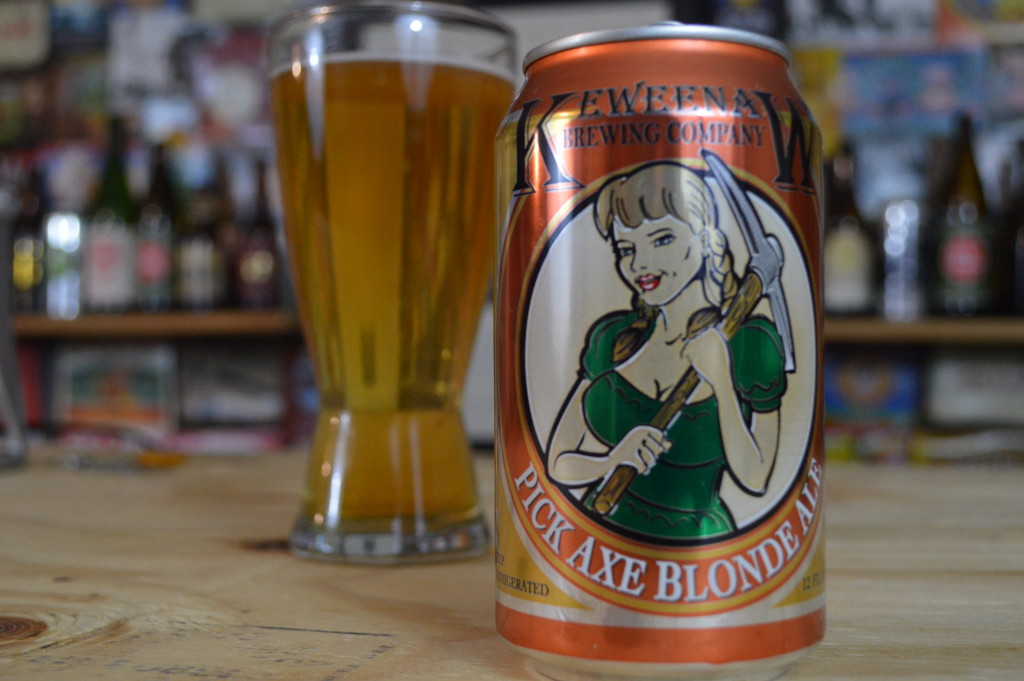 Blonde ales get no respect.  I think many craft beer lovers will admit that when they see a blonde ale on a tap list, they almost immediately skip over it, perusing the tap list for something bold, unique, and interesting. Rightfully or not, we see blonde ales as a craft substitute for a macro lager; something we can drink a lot of and not get worn down by the flavor.  The latter part of that sentence is what made me crack open my first Keweenaw Brewing Company’s Pick Axe Blonde, but it’s flavor proved that this is a beer worth buying again and again.

Pick Axe Blonde is, by the brewery’s own admission, a beer made to get people introduced to craft beer, to invite people to drink, to share with the masses.

The lightest in our family of ales, a true single malt. Refreshing to taste, gorgeous to look at and a great introduction to the extraordinary world of craft-brewed Michigan beers. This light golden ale comes with a distinctive malt flavor and just a kiss of hops.

Let’s dive in and see if Keweenaw’s Pick Axe Blonde is one that can bring some much needed props to an often-overlooked style.

Pick Axe is a true single-malt brew, so it’s color is not a surprise at all. It is a golden, straw-like yellow color that is mostly clear, but has enough haze to make the beer look like it isn’t too manufactured or overly-processed.  It is exactly how I would expect a craft blonde ale to look.  The snow-white head was minimal, less than a finger thick to begin with, and leaves me with nothing more than a lacy veil by the time I’m ready to drink.

The first thing I pick up on when I take a whiff of Pick Axe is a cooked cereal-like grain aroma, which slightly reminds me of Post’s Grape Nuts.  It is sweet, bready, and malty with a touch of honey.  Hops don’t seem present at all, though there is a little bit of an earthy, spicy aroma that could come from a small hop edition. Overall, though, it’s the sweetness of toasted malt that lures me in to my first sip.

Normally when I get a blonde ale I am most disappointed in the mouthfeel.  Finally, that is not the case.  Pick Axe is by no means a thick beer, but it is a  slightly-less-than-medium-bodied ale that isn’t overcarbonated.  A lost of times I feel that breweries make up mouthfeel by injecting tons of CO2, and, luckily, that isn’t the case here.  The CO2 is plentiful, but soft and leads you to want more! 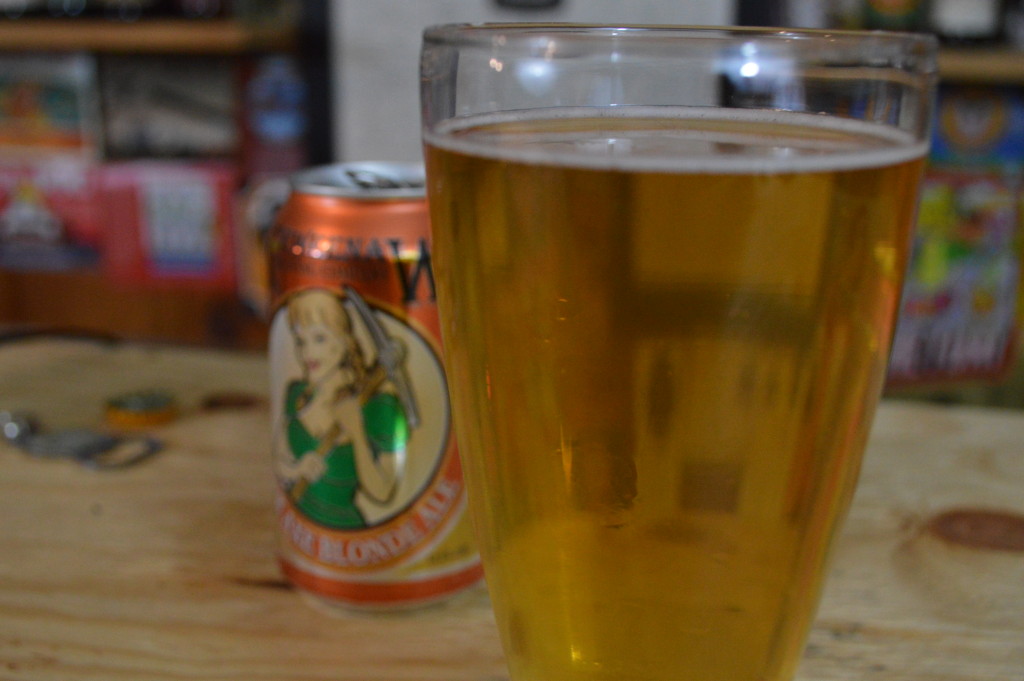 The aroma and the taste on this beer are basically mirroring each other.  It is sweet and malty with just a hint of honey on the aftertaste.  There’s a little bit of a graham cracker flavor as well as freshly baked sourdough bread.  I almost feel like I’m drinking a grain mill, in the best way possible.  Besides the malts, Pick Axe does offer a slight apple-like fruitiness, and, just as the brewery mentioned, just a kiss of hops.  I’m assuming these are noble hops because while they don’t assert themselves in the form of bitterness, they are there in a zesty and spicy way.

Not to give away any spoilers here, but my girlfriend and I drove out of our way home from vacation and stopped at three separate beer stores to find this beer.  Is it the best, most complex beer I’ve ever had?  No, but it doesn’t have to be.  It is a blonde ale that is made to be simple, and in its simplicity it shines.  I’m going to give Keweenaw’s Pick Axe Blonde a 93.  It’s what I want out of a blonde ale; it’s subtle yet flavorful.  This is a beer that I would give any new craft-beer drinker to, and I would be fully confident that they would not only like it, but order more.