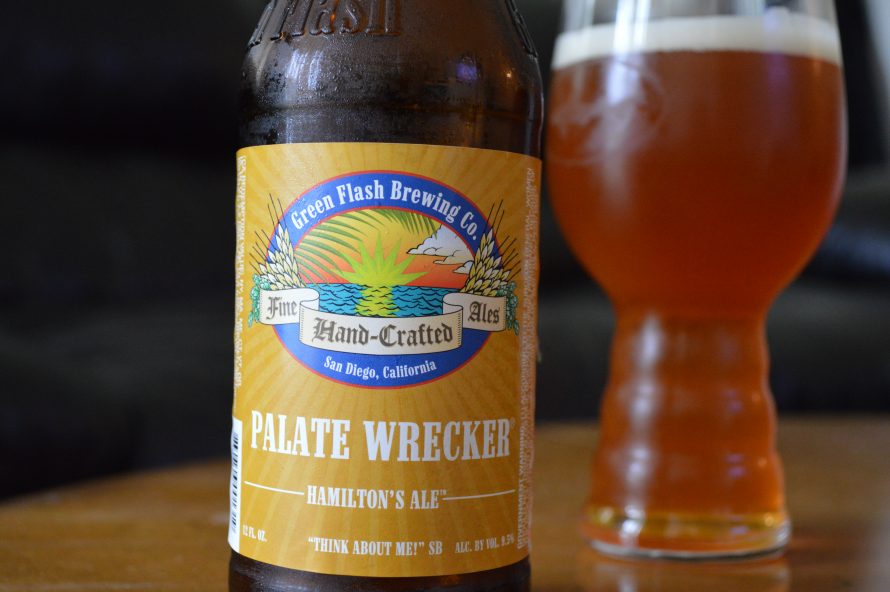 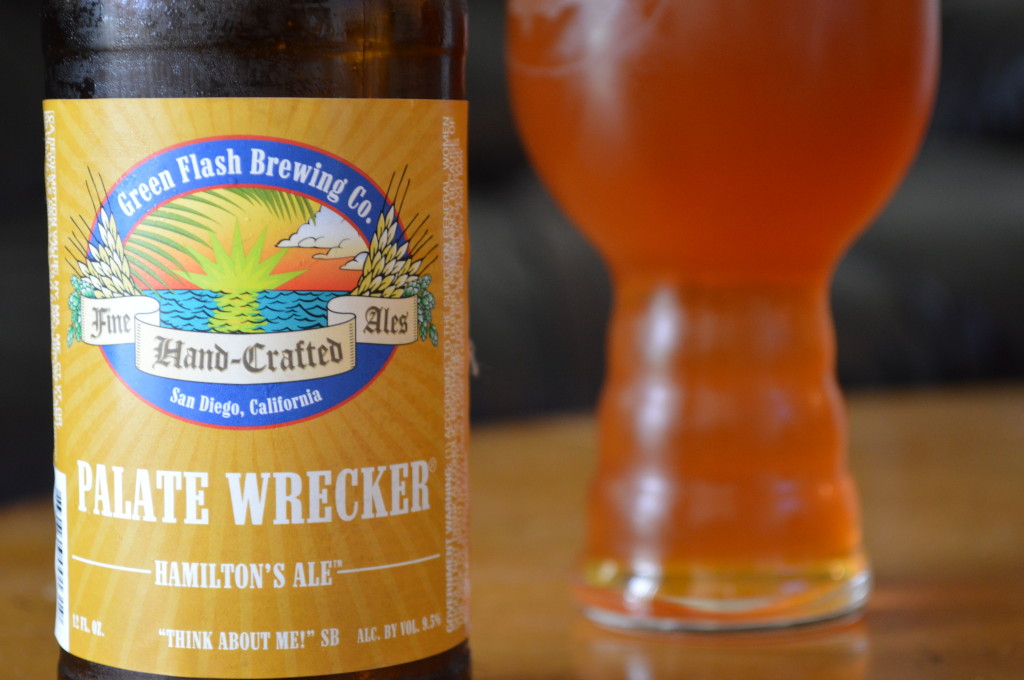 The first time I heard the notion that an IPA could ruin your palate was on the description of Stone’s Ruination IPA.  Well, Green Flash Brewing has taken that idea to the next level by naming their IPA Palate Wrecker.  Palate Wrecker is constantly being brought up in conversations as being the epitome of a West-Coast IPA.  Coming in at 9% ABV and 149 IBU’s, it should be more like dynamite on my palate than a simple wrecking ball.

Here’s the description from Green Flash of Palate Wrecker:

Weighing in at six pounds of hops per barrel, Palate Wrecker® stands up to the hoppiest heavyweight in the ring. A complex double-brewing process of mashing and sparging with hopped wort and special hop layering are the techniques used during a hop crisis define this champion. An abundance of Centennial, Columbus and Simcoe hops challenge and stun hop heads with an aggressive hop-forward attack. Your palate will recover, but you will remember that last round forever.

Palate Wrecker looks like a stereotypical West-Coast IPA.  It’s a dark orange, copper color, with a slightly-whiter-than-tan head.  The foam on top poured with about 2 full fingers, and is still holding strong.  It’s more like whipped cream on top of a latte than a typical head on a beer.  I partially expect there to be a hop leave drawn into the foam the way baristas draw hearts into cappuccinos. Carbonation is exploding from the bottom of the glass, as if coming from an limitless supply of CO2.  In terms of appearance, this beer already seems to be world class! 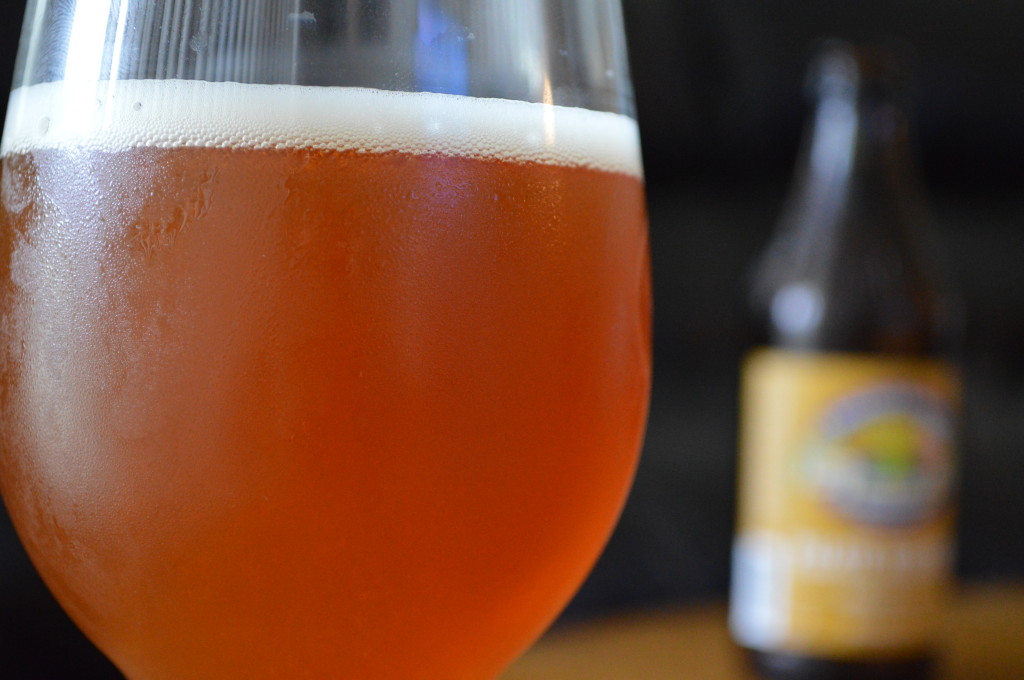 The Aroma of Palate Wrecker isn’t far off of the appearance.  It’s a big, grassy, hoppy punch, like dried lawn-mower clippings.  There’s also a dank quality, as if it was made with the stickiest, earthiest hops available.  Speaking of earthy aromas, there’s a wonderful pine resin flavor that gets mixed in as well, but grass dominates the nose.   It isn’t as aromatic as some of the other IPA’s and Double IPA’s I’ve had from the West Coast, but Green flash certainly built in a beautiful bouquet into this beer.

There might be the same amount of hops as a Double IPA, but Palate Wrecker’s body proves that the malt bill is not as big as a DIPA.  It comes in just below medium bodied, with a creamy offering of CO2.  Sometimes beers have bigger bubbles of CO2 leading to a scratchy/harsh/Coca-Cola-like tingle, but this almost seems cask aged.  It’s smooth and fluffy, not harsh in the slightest.  Though, it does coat your mouth with a thick layer of hop bitterness that is nearly impossible to get rid of.

The name fits.  This beer will wreck your palate with just a big bitter punch.  It’s not a one note beer, though.  Palate Wrecker starts off with a bitter tree-sap like resinous flavor.  It then gets cut by the caramel malts within the beer, but the hops don’t back down.  The third wave of flavor is a grassy, lemony, citrus-rind bitterness that never seems to go away.  Even after a full minute between sips, the hop flavor and bitterness is on the back of my tongue.  The only way to really get rid of the flavor is to keep drinking and, eventually, become accustomed to the sticky hop profile.  The more I drink it, the more the lemon and citrus flavors evolve, but this is a beer that, at 149 IBUs, is much to bitter for your average drinker.

Again, this beer really did kind of ruin my palate.  It is so bitter, so hoppy, so strong that it is sticking with me long after the beer is gone.  That’s not necessarily a bad thing, I just don’t recommend expecting to enjoy a lot of meals while drinking this beer, because your taste buds won’t be able to comprehend the onslaught of flavors that this beer brings.  I’m going to give Palate Wrecker a 95, solid A.  Green Flash achieved what they were trying to do, they made a beer so big that it will not be soon forgotten.  It’s a very good IPA that does the small things right.  The body of the beer is perfect, the lacing was amazing, the taste was just what they wanted.  The only reason it isn’t rated higher, for me, is because I think it’s just too abusive.  It’s just a bit too bitter for me to want to drink more than one, but, then again, at 9% you aren’t expected to drink these all night long.