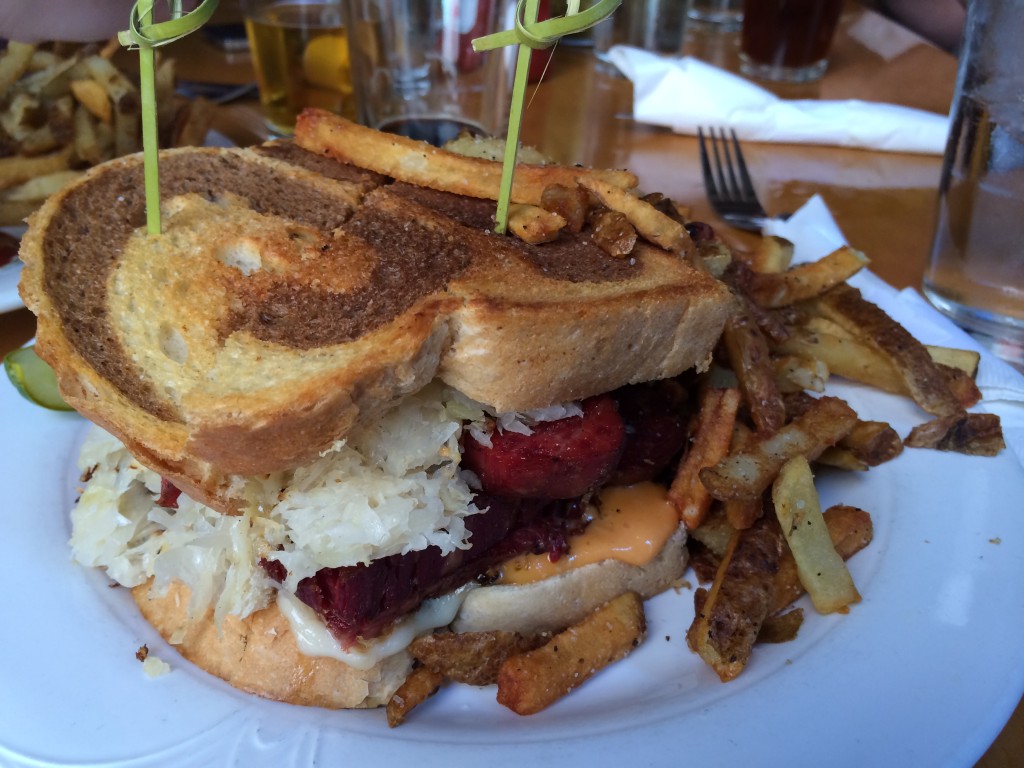 Hey reuben lovers! It’s time for another edition of Ron’s Reuben’s! This past Saturday, my family and I went to Maumee Bay Brewing Company, our local craft brewery, to celebrate Mother’s Day and my birthday! It was my family’s first time eating at MBBC, and we all ate some fantastic food and drank some killer craft beer.  I, of course, ordered a reuben.

Here is what I thought of the Maumee Bay Brewing Company reuben:

The Maumee Bay Reuben is comically large. It really is a gigantic sandwich, which you will never hear me complain about. The reuben comes with a side of their signature fries and a slice of a dill pickle (God, was that thing good).  If you are on a diet, or watching your portions, be ready to take some home, because one half of the sandwich is all anyone really needs to be full, I of course at the entire thing, because I have no self control, and no shame.

You can’t hate on Maumee Bay’s bread game. This bread is exactly what a reuben should look like; beautifully marked with a marble swirl of dark and lighter grains. In terms of the texture, the bread was just a hair too crisp for my liking, and while it didn’t shred my gums and mouth, I would have liked it to be a little more soft around the crust edges. 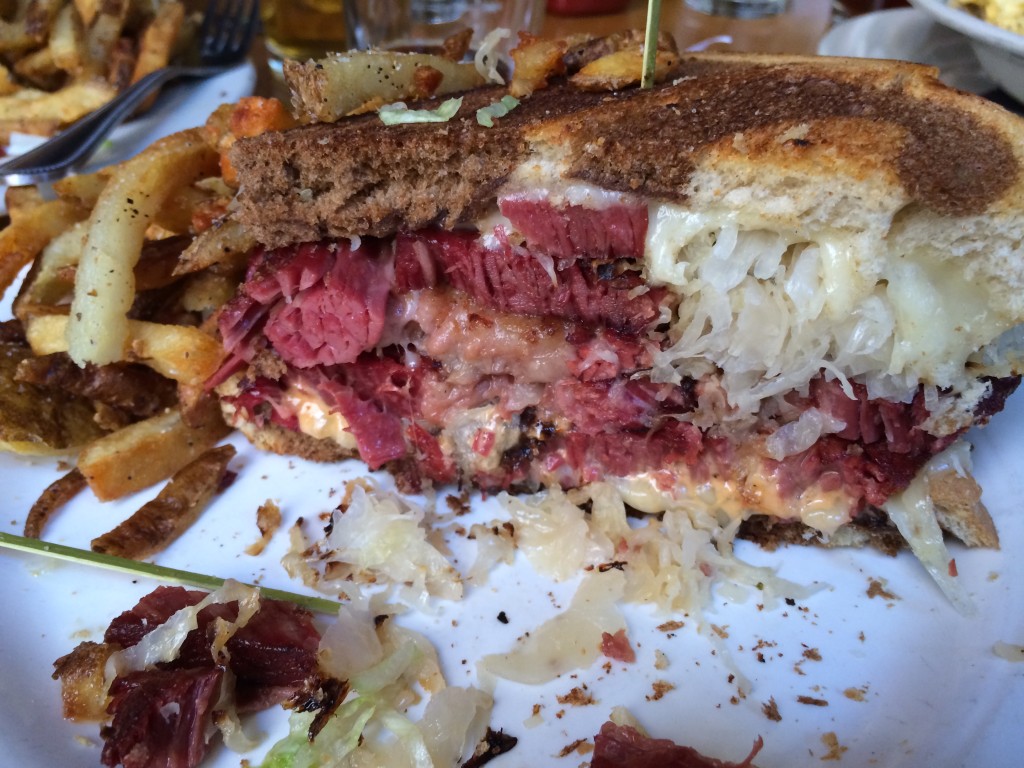 Ah, the corned beef. Manna from the heavens! Maumee Bay’s thick-cut corned beef action differed from that of Papa G’s, who employed a more deli-cut style. While there are pro’s and con’s to each style, I typically enjoy the deli-cut more than thick-cut, but it’s more of a texture issue for me. Maumee Bay’s corned beef was a little more rare than I usually like, but it was really, really good. For my personal tastes, the thick-cut is a slight issue, but what it lacks in texture (at least for me) it more than makes up for in flavor.

The insane amount of kraut on this rueben was almost shocking. There was a heaping, mountain like pile of sauerkraut on the sandwich, and it really gave the meal an entirely different texture and mouth feel. Now, I’ll rarely complain about too much sauerkraut, but in this case, I would say that there may have been a tad too much. It had a great flavor, though slightly more vinegar-y than I’d like, but the issue was that the flavor of the kraut slightly overpowered the flavor of the corned beef. Harmony is key in a reuben. Trust me, the sandwich was still delicious, but if I had to be critical of anything, it would be this area.

This is an area where the Maumee Bay Brewing Company reuben really shined. I’m not sure what method they employed to achieve this, but the thousand island was almost woven into the sandwich. If you check out my fantastic picture above, you’ll see what I mean. It is as if they layered the corned beef and thousand island simultaneously. What this produced was a sandwich that had a smattering of thousand island in every bite. There was not a dry spot on the reuben, and it was great. The sauce was peppery, tangy, and overall, delicious!

Overall, I give the Maumee Bay Brewing Company Reuben a solid 93/100, or a solid A. You will probably never see me give a reuben any score under an 80 (I just don’t think its possible to make a bad one!), but this is truly a treat. If you ever get a chance to go to Maumee Bay Brewing Company, and you DON’T get the reuben, you’re doing it wrong! Now, they do offer a KILLER menu full of fantastic foods, but in my extremely biased opinion, the reuben is the champion. I paired my sandwich with their Oliver House Porter, and wow; what a match made in heaven. Reubens are perfect matches for dark stout/porter-like beers, and this was no exception. 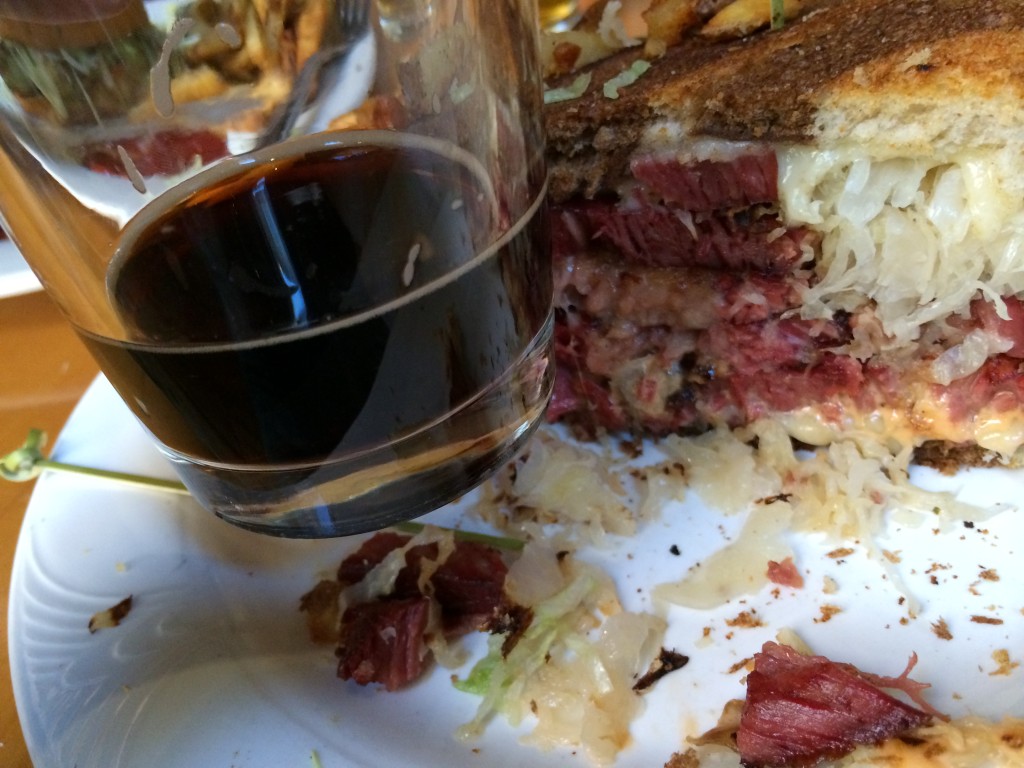 Go out and enjoy this fantastic reuben with some of Maumee Bay Brewing Company’s fantastic craft beer, say hi to Shannon and Craig, and tell them Ron from Brew Review Crew sent ya! 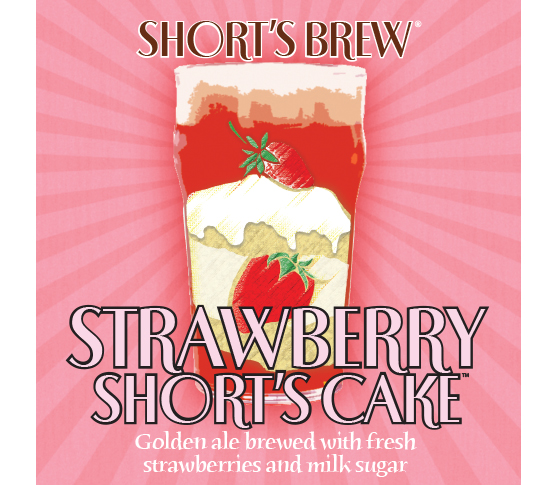 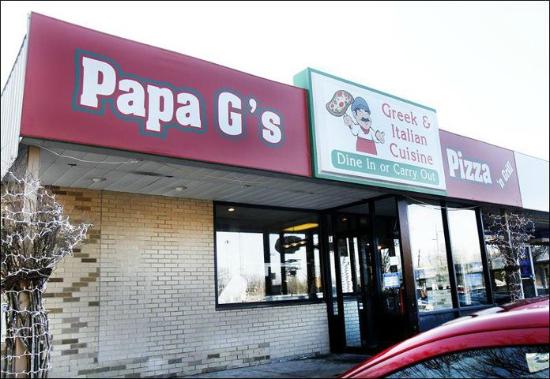