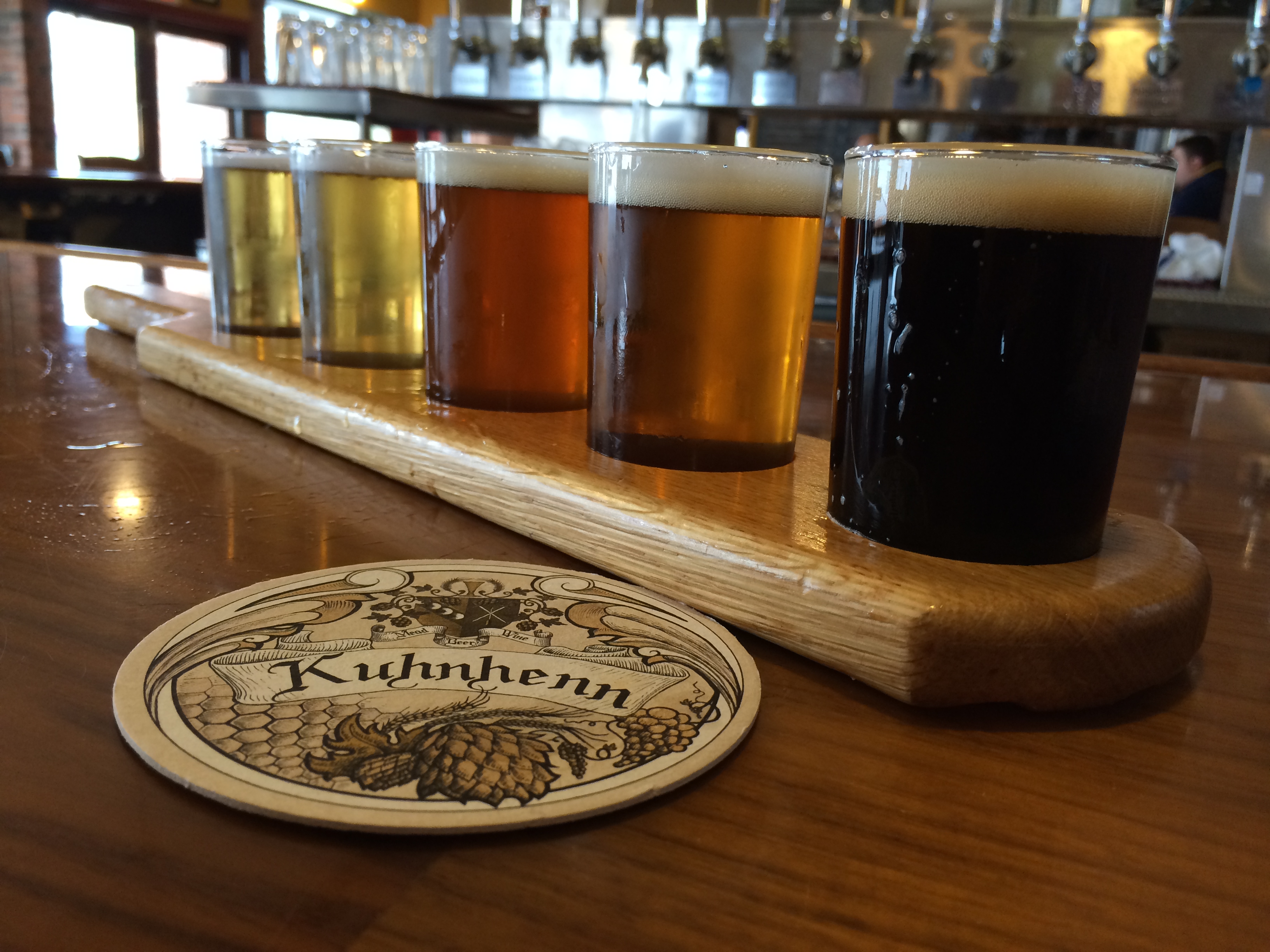 We here at the Brew Review Crew love reviewing beers. Usually, we review one beer at a time, but every so often we get a chance to really experience beer the way it should be experienced; at the brewery it was born at. We had such an opportunity this weekend when we traveled North to Detroit to visit some amazing craft breweries. Our first stop was at Kuhnhenn Brewing Company in Warren, MI; a suburb of D-town.

The first thing I found out upon entering Kuhnhenn was that they were the creators of a beer that was BEST IN THE ENTIRE WORLD for the hyper-competitive IPA category at the World Beer Competition in 2012. If that is not impressive, than nothing is. Obviously, I had to experience this beer for myself. They call the beer the DRIPA, or, Double Rice Imperial Pale Ale. DRIPA is an American IPA brewed in the West Coast style. We enjoyed a flight of their beer in addition to this, and to be truthfully honest, we didn’t have a bad beer. Everything we sampled, we loved. They were even so kind as to play the Ohio State game for us (a Michigan sin).

We were lucky enough to be able to go on a brewery tour with a cellerman named Mike. Mike was extremely knowledgeable and very insightful on our tour and showed us every aspect of their brewing process. Mike had a cool story of his own: he himself took a tour of the brewery as part of a livingsocial.com brewery tour package. On this tour, Mike learned that Kuhnhenn was soon expanding, and he figured they would need extra help, so he “bugged” the owner and got himself a job. Today, November 17th, is his one-year anniversary of working at Kuhnhenn and already he is a cellerman! Look’s like sky is the limit for Mike.

We learned that some of Kuhnhenn’s infrastructure was actually used to mix the peanut butter for Cap’n Crunch! Now if that isn’t neat, what is? We were able to see their barrel aged beers aging! Some even from 2010! It was a fabulous tour and we learned a ton.

All in all, Kuhnhenn was an absolutely awesome experience for us. Please visit them in Warren, MI and be sure to visit them on December 21st for the Winter Solstice event, which is sure to be awesome! You will see us there!

Thanks again to Mike for showing us an awesome time, and letting us sample some TERRIFIC beer. Get your butts up to Warren and go visit our new friend, Mike.