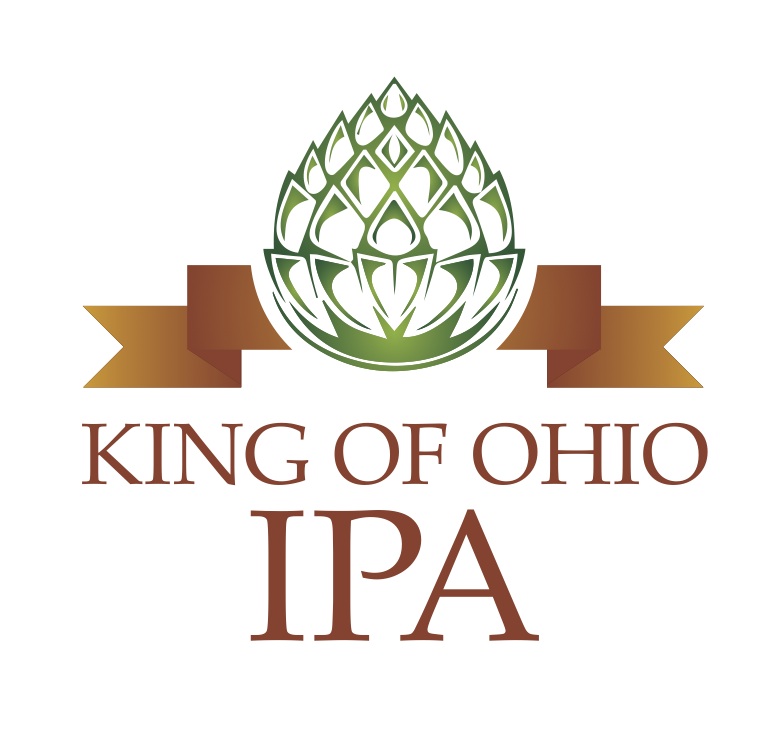 The King of Ohio IPA Has Been Crowned 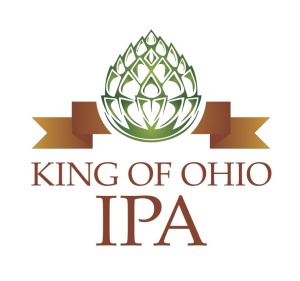 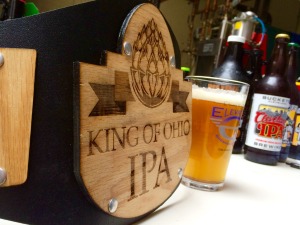 The King has been crowned. Yes, we here at the Brew Review Crew, along with our small band of fellow Ohio Beer Bloggers have awarded the crown and title belt of the King of the Ohio IPA Contest!

The following is a re-blog post from our new friend, Pat, from Pat’s Pints. Pat was the blogger with the esteemed honor of representing the winning beer in our tournament of champion IPAs. You can read the original post from Pat’s blog (and please do subscribe to him, as his site is amazing.) or you can continue reading below!

“At long last we’ve reached the conclusion of the King of Ohio IPA contest. Nearly 70 beers from every corner of the Buckeye state started off with a chance to win the title. Through a series of reader’s polls (over 4400 votes were cast), blogger picks, and one blind taste test, that number was narrowed down to 15 beers. On a cold and blustery Saturday fellow beer loving bloggers Rick Armon (The Beer Blog), Tom Aguero (Queen City Drinks), Bob Lesher (The Artful Pint), Cory Smith and Ron DeGregorio (The Brew Review Crew) rose bright and early to drive to Columbus and get down to the hard work of picking the best in IPA in the state from an elite field. To get some food in our bellies and go over logistical details of the contest we started by meeting at Wolf’s Ridge to experience their acclaimed brunch first hand. After polishing off an order of eggs benedict and a beermosa (both highly recommended) we headed over to the Elevator’s 13th floor taproom for the contest. Big thanks to Dick Stevens and everyone at Elevator for letting us invade their space for the final showdown. I also want to thank the Ohio Taproom for sponsoring the event by creating an awesome traveling title belt that goes to the winner.

And then there were fourteen

Before we even had a chance to take the first sip we learned that the field had been further narrowed to fourteen beers. Apparently Great Black Swamp whose Wild Duck IPA was the third beer coming out of the Toledo region, went out of business in the past week or so. I’ve not tried Wild Duck IPA but the fact that it only received single digit votes in the poll, and a pretty lukewarm review from Cory and Ron, makes me think it would have been a sitting duck for the other beers in the final round. So while this may be bad news for Toledo it was not likely to influence the contest much. The show must go on.

We followed a very similar format to the one that I used for the Central Ohio IPA Blind Taste Test. Namely we split the fourteen beers into two groups of seven, and the six judges into two groups as well. Each group of three judges was tasked with selecting the top two beers from their group to advance to the final round where all six judges would review the top four beers in the contest. Blake from the Ohio Taproom and Steve, who rode down from Akron with Rick, kindly agreed to pour the beers and moderate the contest so the rest of us could rate them blind to their identity using the BJCP scoring system.

The Contenders – Group A

This side of the bracket included the following beers, listed below in the order they were served:

Cleveland IPA – Buckeye Brewing (7.0% abv, bottle)
Hopgoblin IPA – Flatrock Brewery (6.5% abv, growler)
Redemption IPA – Phoenix Brewing (6.8% abv, growler)
White Rajah – The Brew Kettle (6.8% abv, bottles)
Columbus Brewing Co. IPA – Columbus Brewing (6.0% abv, bottles)
Half Wet Musk of the Minotaur – Hoof Hearted (7.2% abv, growler)
Gangster Frog IPA – Hoppin’ Frog (7.5% abv, bottles)
The judging panel for this group consisted of myself, Cory Smith, and Tom Aguero. This was an ultra-competitive group of beers. To give you a sense of the level of competition CBC IPA, a very respectable IPA that finished second in my readers poll, was the lowest scoring beer in this group. In the end there were three beers that received a score of 40 or higher (the best score on the BJCP system is 50) from two of the three judges—Redemption IPA (Phoenix), White Rajah (Brew Kettle), and Half Wet Musk of the Minotaur (Hoof Hearted). We then tasted these three beers again back to back and after a second taste we agreed to eliminate White Rajah. It was the most bitter of the three, which is surprising to me because I normally think of White Rajah as having a very approachable level of bitterness. (Come back tomorrow for a summary of my tasting notes on these beers.)

The Contenders – Group B

This side of the bracket included the following beers, listed below in the order they were served:

Scoresheet at King of Ohio IPA

Probably no one will be surprised to learn that Head Hunter was still in the mix as we reached the final four. It’s the most decorated IPA in Ohio, winning medals at both the World Beer Cup and the Great American Beer Festival. At the other end of the spectrum is Redemption IPA, a beer none of us had heard of when the idea for the contest was hatched, made by a brewery located in a former mortuary that has been open less than six months. Central Ohio beers round out the field, but while Columbus residents have come to appreciate how good Hoof Hearted and Seventh Son can be when everything clicks, their beers were not very familiar to my out of town companions on the judging panel.

After doing our best to cleanse our palates we got down to the business of finishing the job. It was very difficult to discount any of these beers, but after some objections from Rick, we agreed that in this elite company Golden Ratio was a just little too malty for an IPA. Tasted back to back Redemption IPA and Head Hunter were awfully similar, both have an enticing mix of citrus and tropical fruits with just enough dank funkiness to keep things intriguing. Although we didn’t know which beer was which at the time, the master (Head Hunter) had just a bit more flavor and crispness than the pupil (Redemption).

That means the champion, the Grand Duke, the Sultan, the Czar, the Prime Minister, the King of Ohio IPAs is Hoof Hearted’s Half Wet Musk of the Minotaur. This version, which is wet hopped with Citra and Mosaic hops, is the latest variation of the ever evolving recipe for Musk. Its nose is fruity with a touch of dank earthy notes from the Mosaic hops. The flavor is a delicate but unusual mix of fruity flavors that includes both citrus fruits like grapefruit and tropical fruits like mangoes. There is relatively little bitterness, but at the same time the beer never seems too sweet. It’s an unbelievably drinkable beer that is accessible to the non-IPA drinker while being interesting enough to captivate the most hard core hophead.

So the final standings are: 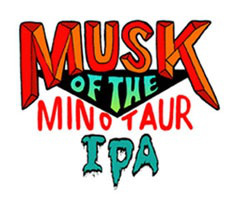 Musk of the Minotaur

In comments that were left on various threads I saw several predictions about which beer would take the title—Headhunter, Truth, PsycHOPathy and White Rajah were all mentioned. Not many people felt that a central Ohio beer could win (or at least they didn’t express that opinion online). So I couldn’t be happier to see Musk of the Minotaur come out on top and Golden Ratio finish in the final four. It’s reassuring to see Head Hunter near the top, which shows that our opinions are not out of line with what the rest of the world thinks. The take home message is that for the most part the rest of the world has never tried the other three beers that finished in the final four.

Two beers that I thought had a good chance to win, White Rajah and JAF IPA, finished just outside of the final four. I would be so bold as to say that regardless of your palate if you love IPAs one of those six beers is probably your favorite as well, you just may not know it (although I have to admit Gangster Frog had a unique mix of melon and tangerines that was appealing and different from all of the other beers I tried).

I know they are still a pretty small operation, but Trevor Williams at Hoof Hearted is doing some amazing things that should not be missed. I would encourage everyone who can get their hands on one of their hoppy beers to do so at the earliest opportunity. If you can’t find Musk of the Minotaur try Konkey Dong, or South of Eleven, or Dragonsaddle, or whatever magic Trevor is brewing at this point in time. I’m also curious to see more of what The Phoenix Brewing Co. in Mansfield has to offer.”

We here at the Brew Review Crew want to firstly thank all of the breweries who provided us with their IPAs to judge and critique. Criticism can be taken very personally and it was not our intention in any way to bash or lessen any of the IPAs in our contest. I also want to note that although our methodology of organizing and executing this contest may not get every reader’s or brewery’s approval, our goal was to create a fair, objective contest to rate the best Ohio IPA in our varied opinions. 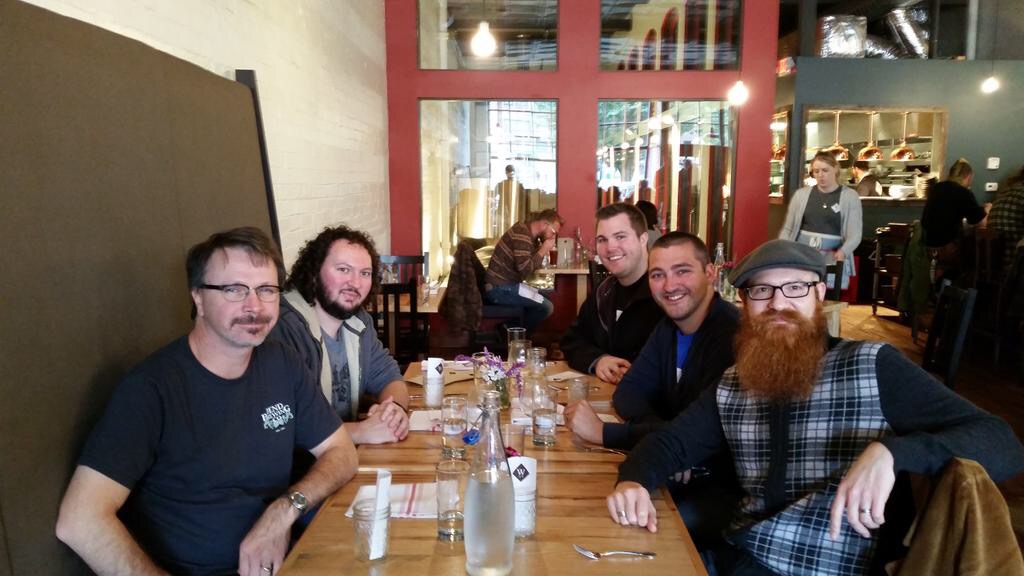 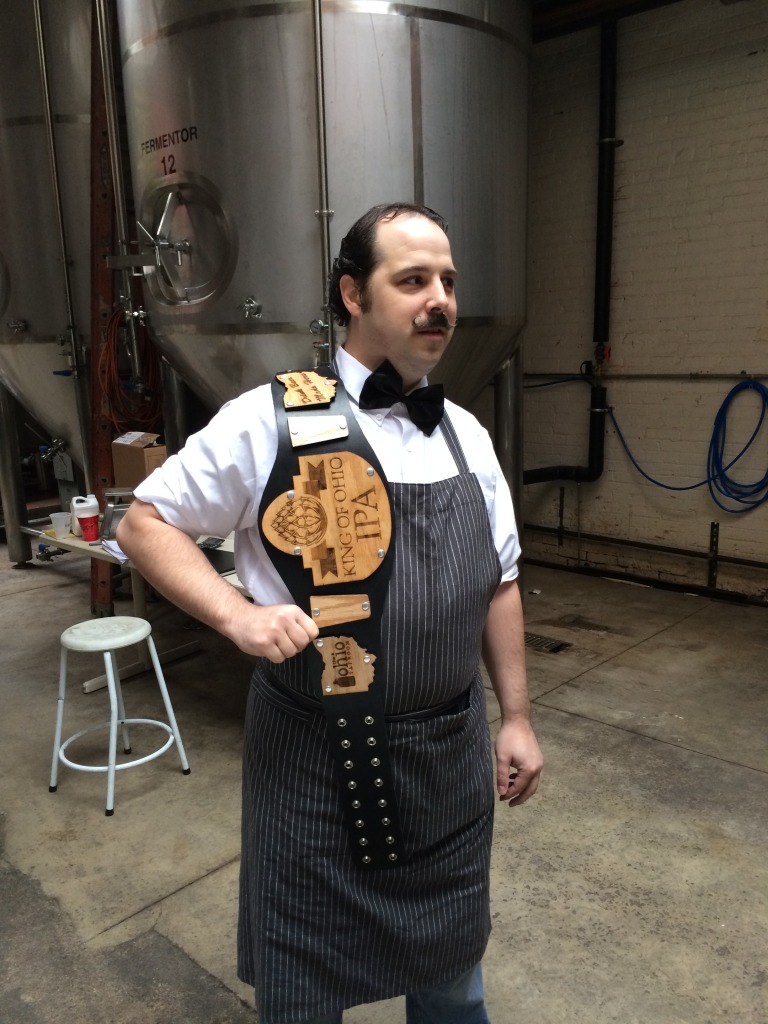 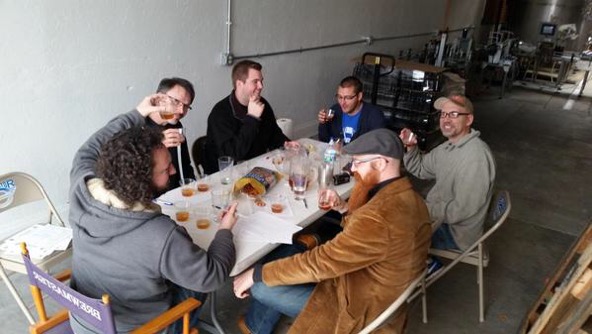 Thank you to all of our readers who participated in the voting process, those who gave constructive criticism and feedback to our methodology and process, and those of you who will visit these smaller, unheard-of breweries to experience the magnificent things they are doing.

Until next year, we all hope you enjoyed the King of Ohio IPA Contest!