Jade IPA – An Extra, or Star of the Show? 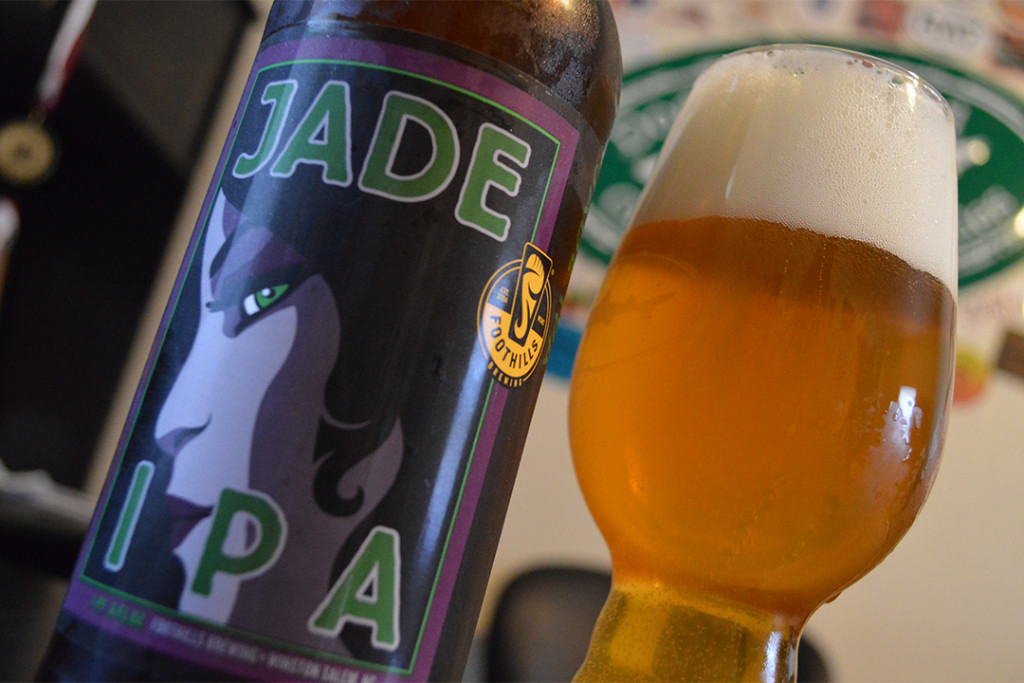 Sometimes when you get into craft beer, you end up getting into beer trading.  If you don’t know what I mean, beer trading is two people agree to swap beers from outside of their own distribution areas in order to try things they normally could never get their hands on.  When trading, it’s almost customary to add in extra local favorites in addition to the agreed upon beers.  I was looking to get Westbrook’s Gose, and my trade parter, Jesse, sent Jade as an extra.

Jade is an IPA from Foothills Brewing in Winston-Salem, NC.  It is an American IPA clocking in at 7.4% ABV and 86 IBUs.  It is dry hopped with Citra and Chinook, which should make this one of those beers that I’ll want to capture the aroma and turn it into a candle.  With that description, I’m beginning to think that Jade isn’t just an ordinary beer-trade extra, it’s a beer than could really steal the show!

Jade pours a beautiful golden-straw color, like wet hay after a summer-time rain.  In fact, it’s a little lighter than I expected which makes me think it’s going to be a huge hop-showcase of a beer.  It settles in with a thick white head that refuses to go away.  It could just be the glass, but this beer is great for anyone who wants to have lacing on left behind after each sip.  The beer seems lively, maybe even overly carbonated judging by the stream of bubbles that seem like they can’t wait to get out of the glass.  When it comes to appearance, Jade is a picture-perfect Double IPA.

Forget the specific IPA glass, forget swirling, sniffing, and searching for aromatics, Jade is like a trained assassin that will find your nose no matter how far away it is.  I’m a good two feet away from the glass as I type this and I can smell grassy, herbal, piney hop aromas.  As I bring the glass closer, I can tell that Jade is fruitier and juicier than I expected.  It explodes with candied oranges, peaches, caramel, bready malts, and just a touch of lemongrass to make it interesting.  There’s a small dankness to the aroma, but more than anything Jade smells sweet, tropical, and bitter all at the same time.  It smells like an IPA that is right up my alley!

I’m not sure if Jade was bottle-conditioned or not, but the mouthfeel would tell me yes.  The carbonation is a bit on the high side, but the bubbles are small and soft.  I’d say that this is a medium bodied beer, with a big, sticky maltiness that takes over the back of my mouth.  I almost need to drink some water after each sip to “start fresh”.  Also, I get a small amount of heat as I drink more, and at 7.4% ABV, that’s to be expected. 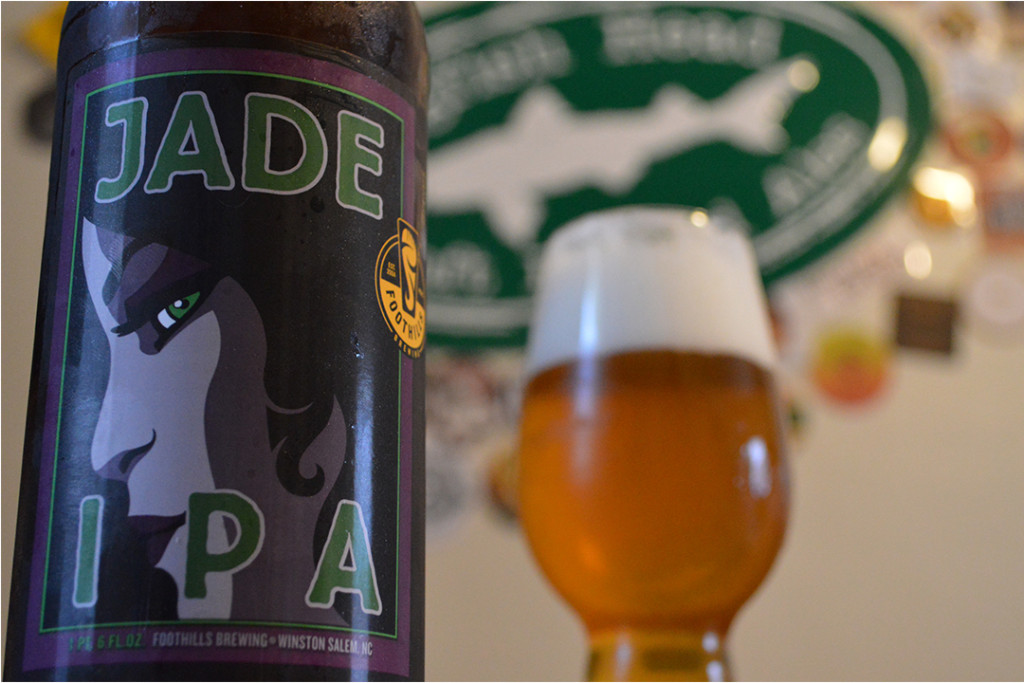 Just like the aroma indicated, this beer has the exact flavor profile I love in an IPA.  It starts off sweet and malty with a dose of orange peel, and as you let the aftertaste linger a wonderful bitterness creeps in.  There’s a tropical and citrus sweetness to this as well.  I can taste grapefruit, mango, lemon peel, and peach before the grassy bitterness takes over.  It’s a really cool ride of flavors, like a teeter-totter as you drink it — sweet, bitter, sweet, bitter.

While the flavors are very pleasant, I think Jade was, unfortunately, too one-dimensional to be amazing.  Yes it had both sweet and bitter, but the hop flavors didn’t play off of each other, they just melded into a ball of tropical fruits.  I would have liked to see a tad more complexity out of the hop game, but that doesn’t mean this was a bad beer.  I would get Jade again if it were on tap, and I recommend that you try it out as well.  Jade is getting an 88, B, from me.  A solid IPA that borders on a DIPA, but leaves just a little bit to be desired to be considered an A beer.

Thanks again to Jesse for sending this my way, I’ve been eyeing it for a while, and I’m glad I finally got a chance to crack it open.