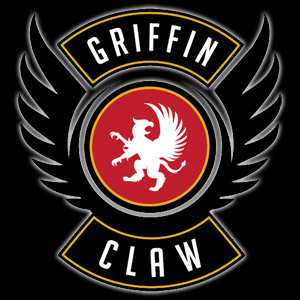 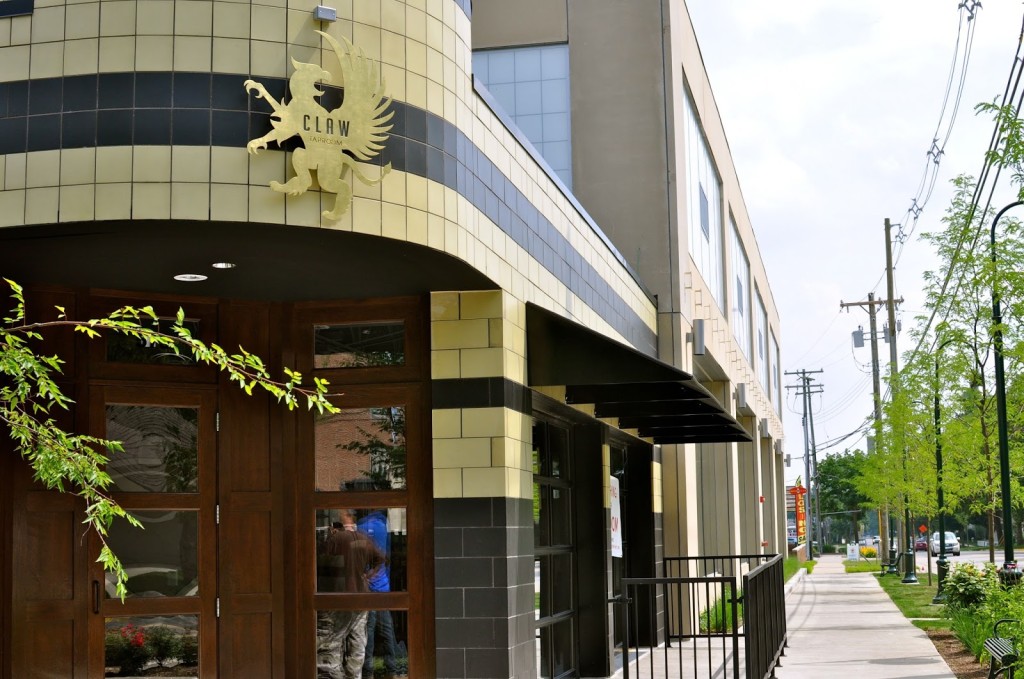 It was 4 a.m. when I woke up to go to Kuhnhenn’s for their Winter Solstice Party.  4.A.M!  Being as the party was offering rare brews on a first-come-first-serve basis, we knew we had to get there early so that we could get the best they had to offer.  What we didn’t expect was that once our order was in we had some time to kill before we could get our hands on our orders.  We had a couple options, we could wait in the tent and drink the Beer Kuhnhenn’s had on tap, or we could venture out and explore more breweries.  We chose the latter.

One nearby brewery that we kept saying we wanted to try but hadn’t yet was Griffin Claw.  I’ll be completely honest, Griffin Claw was a familiar sounding name, but I had never had any of their beers, nor did I know much about them, so we headed to Birmingham, MI to get the lowdown.

When you first pull up you can see their huge facility.  You have to walk past their sparkling clean brew system that is facing the street, creating a beer lovers version of window shopping.  I’ll say this as a fact: before I even walked into their taphouse, I could tell this was the cleanest brewery I’ve ever seen.  Part of it was that they know everyone can see them, but most of it is the fact that Griffin Claw strives to have pharmaceutical grade cleanliness.  That’s not hyperbole, they really want their dust count to be so low that it is as clean as a hospital!  I only mention this because I know as a home-brewer that clean equipment makes great beer.  Any particle of dirt can destroy an entire batch of brew, and for a brewery of this size to be so conscious about this is a telling sign that their beer will be delicious. 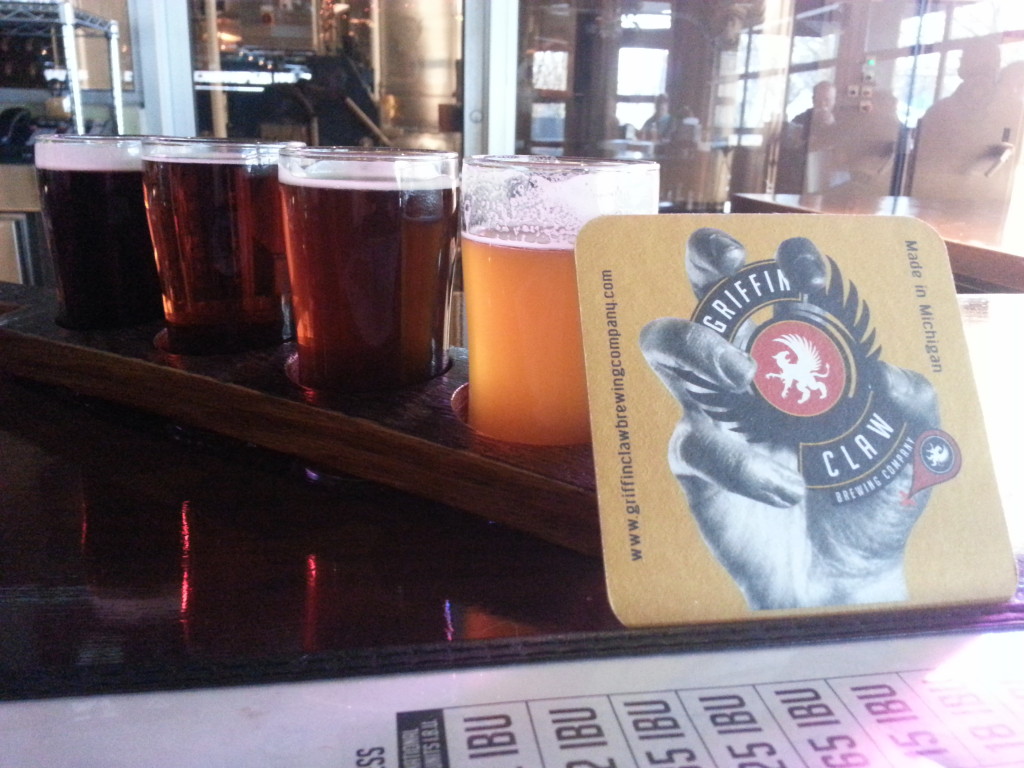 We walked in around noon, and took a seat at the bar.  The bartender told us which beers he recommended and we tried a flight based on his recommendations.  Every beer was great.  Some of them were pretty basic, meaning that they didn’t blow me away, but tasted like the style they were striving for, but others were above and beyond great.   My favorite was their El Rojo Red Ale.  It had sweet, caramel flavors, roasted and toasted flavors, yet finished somewhat dry like a red should be.  In short, it was just plain great.  Ron’s favorite was the Red Rock Flanders Ale.  This beer starts as El Rojo, and is treated like a sour with wild yeast and aged in oak barrels.  RRF was slightly tart, and fruity, and awesome.

Another beer I really enjoyed was their gold winning Norm’s Raggedy Ass IPA.  This beer won gold at the World Beer Cup.  Any beer that wins awards in the IPA category are going to be amazing.  IPA is always one of the most entered categories, and therefor has insane amounts of competition.  Norm’s Raggedy Ass IPA was somewhat bitter, yet clean and fruity and bright; full of citrus and pine flavors.

As I said, just by looking through the window I could see that this was a beautiful brewing system.  It was made of all stainless steel, and immaculately clean.  We asked the bartender if we could get a tour, and he pointed to the sign that said, “Free brewery tours tomorrow!” We understood.  Everyone wants to see the brewery, everyone wants a tour, and there just isn’t a lot of time or enough people working to be showing off their system at any request.  But (here comes the shameless bragging of the perks of having a website) after we spoke to him for a while about what we did, he called down Evan Coe, their director of operations to show us around.

Evan was great.  The first thing he did when we walked in was pull out his phone and said, “Hold on, it’s a little dark in here,” then he continued to turn on the lights with his phone.  I loved that as a first impression.  It started the tour by introducing the fact that no penny was spared in building this brewhouse.  That point was later driven home when he showed off their pride and joy — an experimental, highly efficient brewhouse.  I saw experimental not because of the theory behind their brewery (because they are using the same technology that the Big Two use), but because it is one of three systems like it in North America.  To not go into too much detail, a normal brew system mashes the grain with the grain hull just crushed to release some of the inner starches in the mash, and is then rinsed (or lautered) to gather all of the sugars that the grain has to offer.  Griffin Claw’s mashing system grinds the grain to a flower and then uses a system of air bladders to squeeze all of the excess liquid from the porridge-like mash extracting a higher yield of sugars than a normal system.  This allows Griffin Claw to have shorter brew times, more efficient grain use, and ultimately a higher quality product.  It’s an amazingly impressive system that you probably won’t see anywhere else for a long time.

Evan then went on to show us their new baby: their distillery.  He admits that distilling for them is still in it’s infancy, but expect Griffin Claw to produce some high quality spirits here in the near future.

I’m not sure that I’ve ever walked away from a brewery tour more impressed.  The high-end technology, the forward thinking from the brewmaster (Dan Rogers, who was continuously praised for being a mad scientist/genius in the brewing world) and the owners, and the attention to detail and focus on quality make Griffin Claw a brewery that will go nowhere but up.  I say they have nowhere to go but up because they have only been open since March!  In not even a year they have made a brand worth keeping an eye on, and some really delicious beers.  If you want to know more about them, please check out their awesome website at www.griffinclawbrewingcompany.com, or just take a trip to Birmingham and stop by.  I promise, you won’t be disappointed.