Kicking off their 20th anniversary year, Founders will release Frootwood, a cherry ale aged in oak barrels that have previously held both bourbon and maple syrup, as the first release in their Barrel-Aged Series. 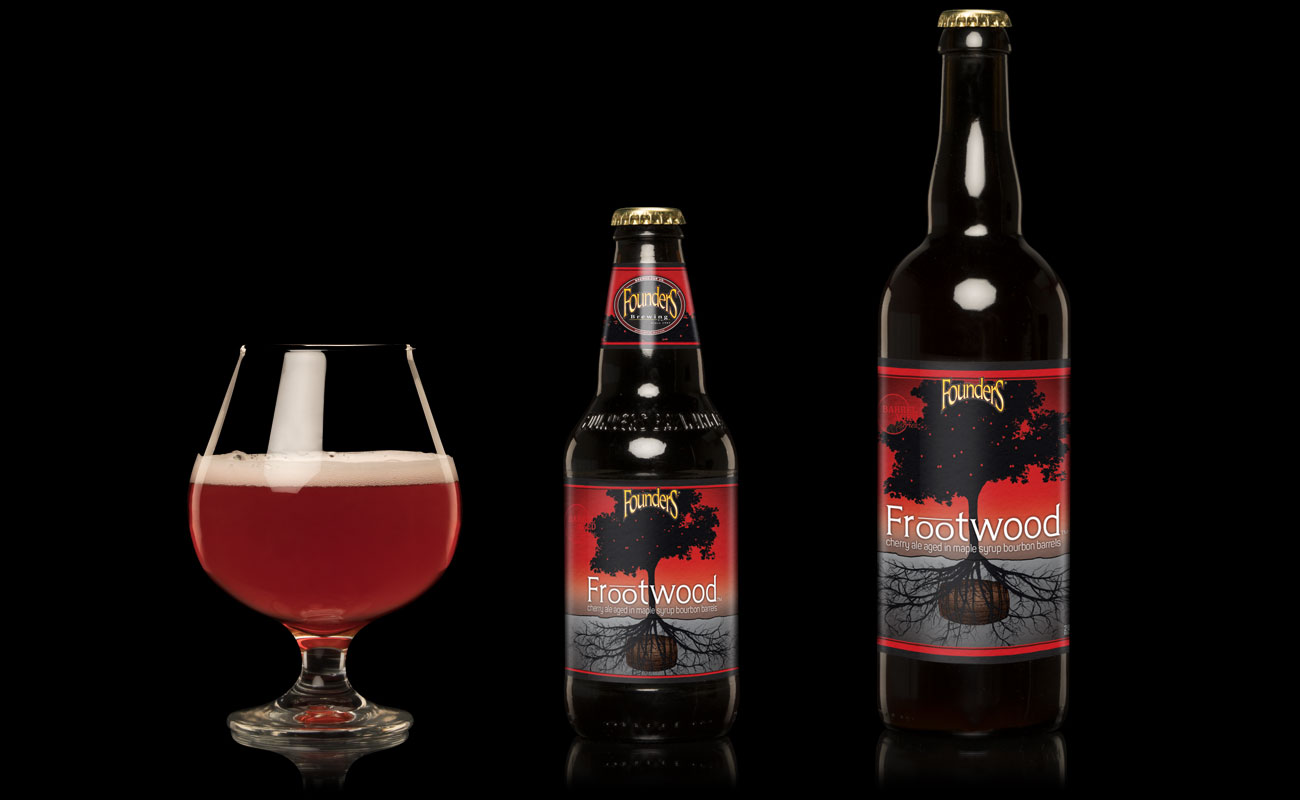 At the end of last year, Founders announced the early-2017 launch of a brand new series that celebrates their highly regarded barrel-aging program, which is responsible for popular beers like KBS and Backwoods Bastard. Throughout the year, they will be releasing six different barred-aged beers, including KBS in April 2017 and Backwoods Bastard in November 2017. Frootwood leads off the series.

Frootwood is a cherry ale aged in oak barrels that have previously held both bourbon and maple syrup. Frootwood will be available in some states as early as January, with remaining states seeing it by February. Founders will release it in the taproom on January 13, 2017 and it will have a suggested retail price of $14.99/4-pack and $11.99/750mL bottle. The entire Barrel-Aged Series lineup will be offered in both 750mL bottles and 4-packs of 12oz bottles.

“A light-bodied cherry ale is probably not the first thing that comes to someone’s mind when they consider a barrel-aged beer, we love playing with expectations and Frootwood is proof of that.” Co-Founder and President Dave Engbers.

Founders will announce the remaining three releases in the Barrel-Aged Series later in the year.

About the Barrel-Aged SeriesCrafting legendary barrel-aged beers is an exercise in patience. We start by brewing complex, world-class beer worthy of time in a barrel. Then, our experience and years spent mastering our craft means we know exactly when it’s been aged to perfection. After one sip, you’ll know – it was worth the wait.