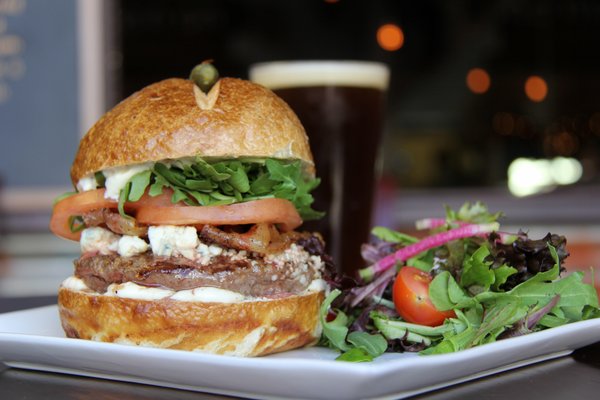 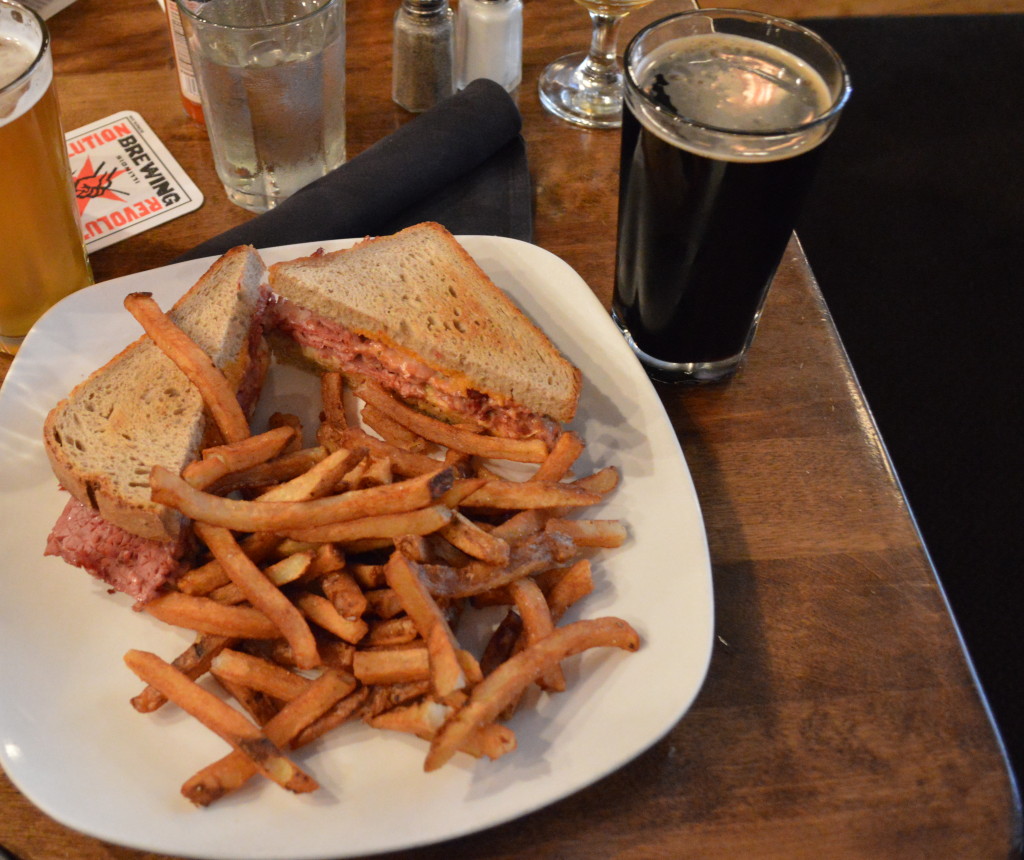 There are days where lighter beers won’t do.  Where you yearn for the creamy, thick, deep flavors of a Stout.  But, with drinking comes hunger, and when you’re at a pub they probably have plenty of food to fill your cravings.  What will you order?  Well, that depends on the beer.  With a Stout, you’re going to want something hearty, something that can throw a counter-punch to the heavy-weight-like beer.

Stouts are known for having deep roasted flavors, hints of coffee and chocolate, and a healthy dose of alcohol to cut through the sweetness.  There are many different varieties of Stouts: Sweet, Dry, Russian Imperial, American, and Irish are just a few of the varieties you’ll find.  Some are dry and chalk-like, some are sweet and sticky, and some finish like you just downed a shot of vodka in coffee.  When it comes to food, the good thing is that these styles are more alike than they are different.  This beer pairs perfectly with foods that are as dark as they are, but can also be complimented by some sweeter, lighter options.  For that reason, I’m going to take more of a middle-of-the-road approach to Stouts and create a perfect meal paired solely on the dark, roasted flavors of grains, coffee, and chocolate.

While the richness of a stout can combat the richness of a hearty beef-based soup as an appetizer, I’m going to go a bit lighter.  Oysters on the half shell, chilled, served with a side of horseradish makes a uniquely perfect paring for Stouts. You may have had or heard of oyster stouts before, and the idea is the same here.  The salty, briny, and sweet flavors of the oysters mellow out the sometimes overwhelming flavors of a Stout.  Add a kick of horseradish to this mix and you get a palate cleansing effect that makes you want both more beer and more oysters.  Let’s be honest, when was the last time you didn’t want more beer and more oysters?

As you probably imagined when you thought of Stout pairings, Stouts are good with savory, grilled or baked meats.  Think steak, prime rib, rack of lamb, and Barbeque Ribs.  The caramelization that happens on the meat imitates the roasted flavors of the stout.   Stouts also pair well with Irish favorites like mutton, mince-meat pie, and shepherd’s pie.  The gamy flavors hold up well to the beer’s big body.  When looking for an Entree, I’d avoid anything that is too delicate.  Lightly seasoned chicken breast on a bed of greens? Nope! Baked halibut and green beans? Not gonna happen.  The beer will just drown out all of the subtleties of the beautiful meal you’ve created.  What’d I’d opt for instead is a hearty, flame-broiled “Black and Blue Burger” with caramelized onions and blue cheese.  The grilled meat compliments the roasted grains, the blue cheese is washed away by the bold sweetness of the beer, and by adding a side of onion rings you get a warranted Robin to this Batman of Burgers. 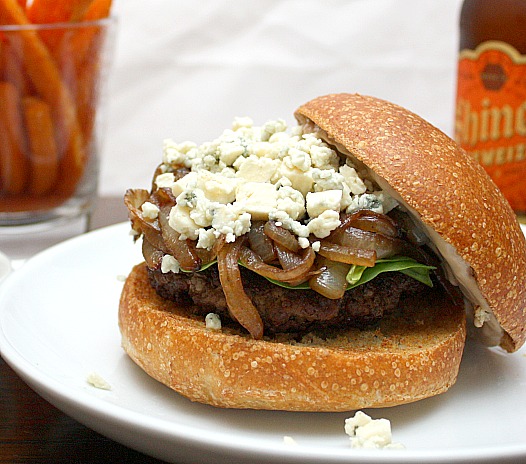 Chocolate!  That’s what everyone should and does think when they want to pair a Stout with a dessert.  German chocolate cake, chocolate truffles, hell even lowly chocolate pudding would go well with a Stout.  That’s too easy and obvious for me though, while you can treat Stouts the same way you’d treat chocolate when pairing food, I’m going to throw you a curveball — my stout is my dessert.  Ok, not fully, but does a stout float not sound amazing?  After the oysters and the burger, you’re probably on your second or third stout, just ask your server to drop in a scoop of ice cream into your remaining beer and just like that you’re set up for your third course.  I’d treat this like creamer in coffee, vanilla is easy, but why not try to spice it up?  Try salted caramel, strawberry, or my favorite idea, hazelnut!  I don’t see how a lot of flavors could go wrong here, honestly. Well, after you down this meal I suggest going for a run.  Stouts are hearty beers that go perfectly with equally hearty food, and if you go all out you’re going to consume some considerable calories.  But, it’s fun to indulge from time to time, so don’t feel too bad for about it, just have another beer!