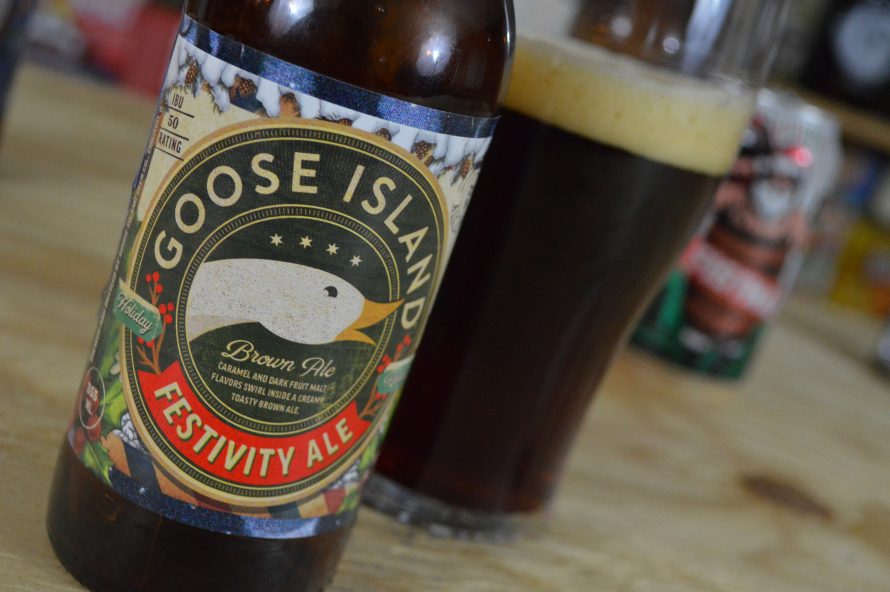 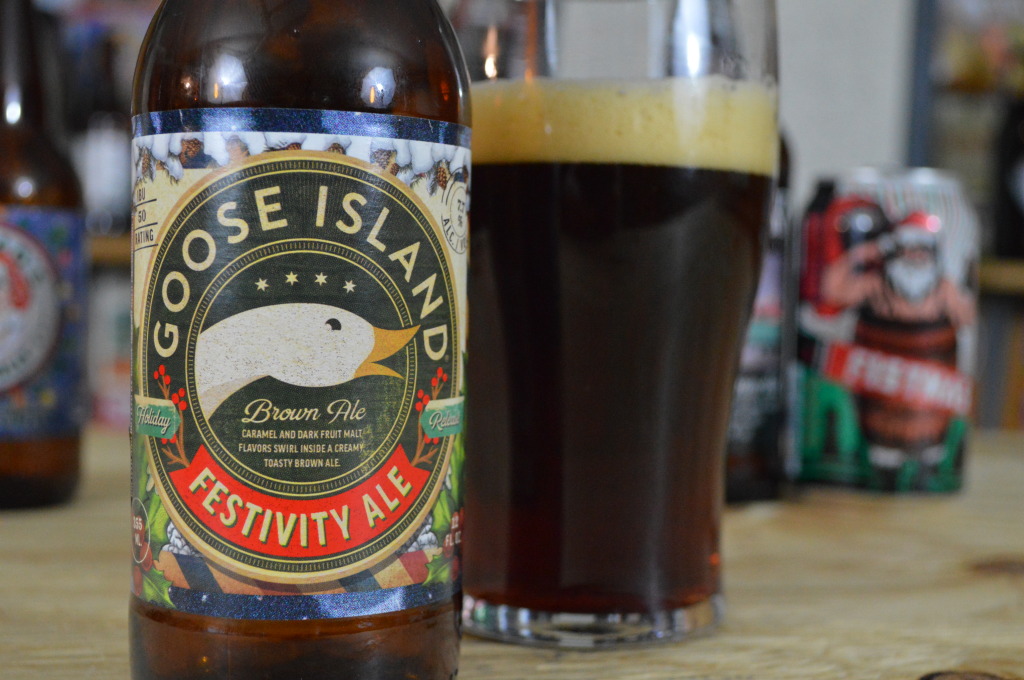 Snowflakes, Mila Kunis’ eyes, and Goose Island’s Winter-time release — what do these things have in common?  No, not just that they are beautiful sights, each of these things are different from their counterparts.  Each snowflake is unique, Mila has one eye that is brown while the other is blue, and Goose Island constantly changes their Winter Brown Ale recipe to fit their needs and desires.  This year, they are dubbing this bodacious brown, Festivity Ale.

Festivity Ale is probably one of the few Christmas Ales we try that isn’t hopped up on holiday spices.  The brewer of Festivity Ale said that it is like they “wrapped caramel and dark fruit malt flavors inside a creamy toasty brown ale.”  This sounds perfect as it is frigid outside, and I could use a big malty brown ale to warm me up.  At 7.7% ABV, this should do the trick.

Festivity Ale is a deep chestnut-colored ale with enough head to last throughout the yuletide season.  The head is Khaki in color, poured about two fingers thick.  When held up to the light, this brown ale shows off it’s true colors, revealing a ruby-red hue that instantly puts you into the Christmas spirit.  Even though this is a dark beer, it is extremely clear, almost a little too clear.  The CO2 explodes out of the body of this beer like my favorite bubble light ornaments that hang on my tree.

You know, sometimes the brewers just hit their description spot on.  Festivity Ale smells deep, rich, thick, and somewhat boozy.  It gives off notes of dark caramel, figs, plums, and raisins, and it almost smells like a belgian quad in that regard.  I don’t know that I’ve ever smelled a brown ale with this aroma before. Hints of apple, cherry, cinnamon and brown sugar are also there.  It’s like waking up to see that there are layers upon layers of presents under your tree — it’s almost too good that it’s overwhelming.

While it appears to be thick, and it smells thick, the mouthfeel on Festivity Ale is surprisingly light.  I was completely caught off guard with my first sip.  It’s creamy, airy, delicate, dry,  finishes with a big boozy backbone.  I won’t go as far as saying that it is like taking a shot, but I could feel the warmth from this brew flow all the way to the pit of my stomach.  That’s strange for being under 8%.  The aftertaste lingers, just like the head, and is a constant reminder to take another sip, and another, and another. 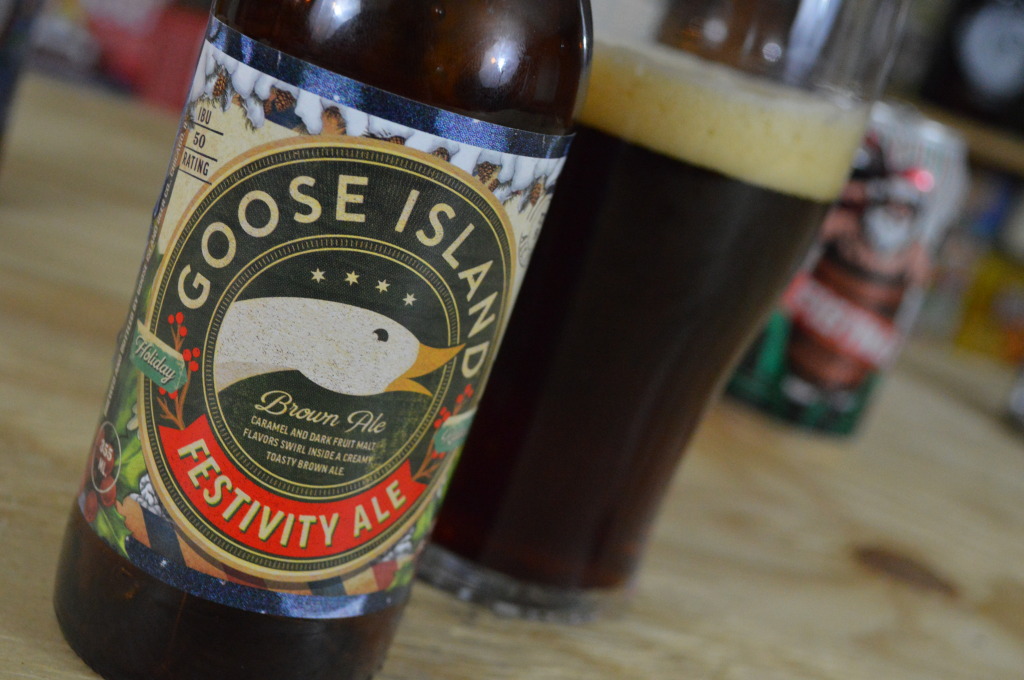 This is one of those beers where the smell and the taste don’t match up exactly the way I thought they would.  I do get brown sugar, caramel, and some dark fruits, but they aren’t as bold as the aroma would suggest.  Cinnamon comes through well, as does chocolate and some nuttiness, but they are all overshadowed by a big, boozy bite.  As I let the beer warm, I get a couple different flavors.  Vanilla and cherry seemingly have appeared out of nowhere, and so does a bready, spicy, rye-esque aftertaste.  It’s almost like drinking liquid fruit cake, or some dark bread with nuts and dried cherries.  Very unique, very intriguing, but for some reason it feels like it’s missing some full-bodied fortitude.

When it comes to Festivity Ale, I’m torn.  Part of me wants to praise this beer for being so complex, so different, so festive that I want to keep digging and want to keep drinking.  But, on second sip, the beer has its flaws, and for that I’m giving it a 91, A- .  I wish this beer were thicker.  I want something to keep me satisfied and keep me warm.  Goose Island decided to warm me up via high alcohol presence, but not give me the richness to feel fully satisfied.  It’s similar to eating a chocolate mouse, when all you really want is a fudge brownie.  I also wish that there was a little more holiday spice in the beer.  It really did taste like a liquid fruit cake, but it just felt like something was missing.  Even so, don’t treat this like your holiday fruit cake and let it pass you by.  Get a six pack, or check for it on draft in Ohio and Illinois, and cozy up next to a fire; consider that idea my gift to you.