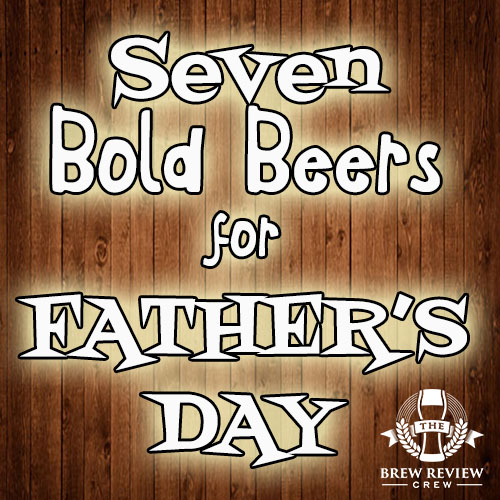 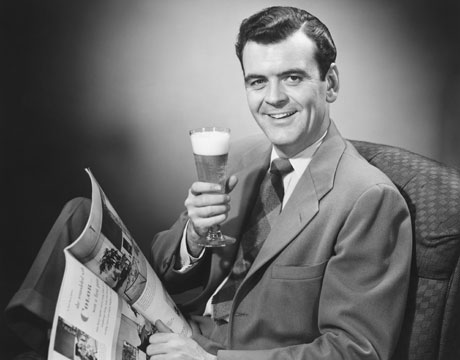 Happy Father’s day! Fathers everywhere are begging, pleading that this Father’s Day they don’t get the usual gifts.  Socks, ties, and a cigar are all fine gifts, but wouldn’t you want to wow your dad?  If you haven’t ordered a Beer Dreamer for your father yet, please do so.  But, if you want to be more selective with the beers you get your dad, here are 7 of our suggestion that will be sure knock his socks (you know, last year’s gift) away!

It’s not sexist, it’s science.  Guys’ taste buds usually need more bold flavors, while women are more sensitive to a higher range of flavors because they simply have more taste buds.  World Wide Stout is full of one thing – and that is flavor.  This is a beast of a beer, full of roasted malt flavors and alcohol.  While it’s not always the easiest beer to find, it isn’t hard to trade for, and will be something your father most likely has never had before.  After a long day at the links this Father’s Day, kick back and relax even more with a cigar and a World Wide Stout!

If you can’t find World Wide Stout anywhere this Father’s Day, a big, bold stout that is readily available is Founders’ Breakfast Stout. Burnt grains and coffee grounds are the biggest flavor profiles, but chocolate also makes it’s appearance in a beer that is quickly becoming one of my favorites.  It’s not as outstanding as KBS, but it is much easier to find, and still worlds above many stouts on your bottle shop’s shelves. 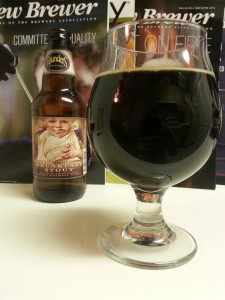 It might not be fair to put this beer on the list, because if you don’t live in California, Colorado, or Philly, it’s very hard to find.  But, I choose this beer because it’s wickedly sour.  It’s one of the best sour beers on the planet, and will be sure to leave a lasting impression.  Even if you’re father doesn’t love beer, he can love this beer.  As we learned from Chris Quinn, one of the best styles of beers to give a non-beer drinker is a sour, and this one is hard to top.  Even if he’s a wine snob, this Father’s Day, he’ll enjoy that Supplication was aged in Pinot Noir barrels giving it a delicious wine-like flavor.

If you’re Father is into bold IPA’s, you should get him a four-pack of Resin.  Resin is an IPA that focuses on the pine-sap-like resinous flavors that hops can have.  It does so in the most perfect way possible.  It’s bitter, herbal, and refreshingly drinkable.  This beer starts off bold, but backs away quickly leaving you with a clean finish that is desired and appreciated. 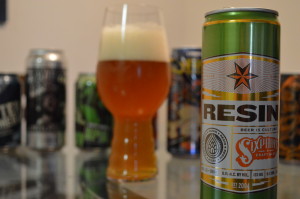 Maybe you want to try something that is completely different and unique from any other beer out there; after all, you are celebrating the most unique and different man in your life this Father’s Day! Funky Jewbilation is that beer.  It’s a mix of 7 different beers made by He’Brew, which sounds crazy, but it’s like a well blended bourbon; all of the flavors balance perfectly.  It smells like a bourbon, and tastes like nothing we’ve ever had before.  You could spend all day looking for the different layers and notes of flavor in Funky Jewbilation.

The Lips of Faith series of beers is a series of collaborations between New Belgium and different breweries.  Paardebloem is an ale brewed with wild Belgium-style yeast and bittered with dandelion greens.  Hops are found in this beer, but most of the bittering is done with a combination of dandelion greens and grains of paradise.  It is also brewed with peach juice, and wood-aged for a creamy, smooth finish.  This beer is an explosion of flavor and intrigue.  Herbal, bitter, sour, sweet, boozy, this beer has it all! 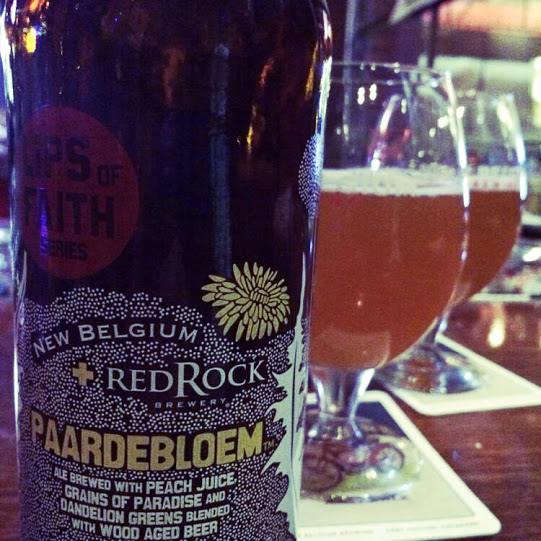 This is definitely one of the more “out there” beers.  Brewed to taste as much like grapefruits as possible, the Stochasticity (I just now learned how to say that correctly) Project’s Grapefruit Slam would be an awesome way to start your day.  Why eat half of a grapefruit with your breakfast, when you could have a grapefruit flavored beer?  There’s no reason, you know it, and you Father knows it.  This is one of those beers that might not be around for long, but it is available enough that you can pick one up for Father’s Day.

Give your father something they have always wanted, the gift of great beer.  If there’s a beer you think your father would like more than these, leave a comment below! Remember, think bold, and try to make it something that most people have access to.  Your father has had enough bad gifts in his life, make this year different.