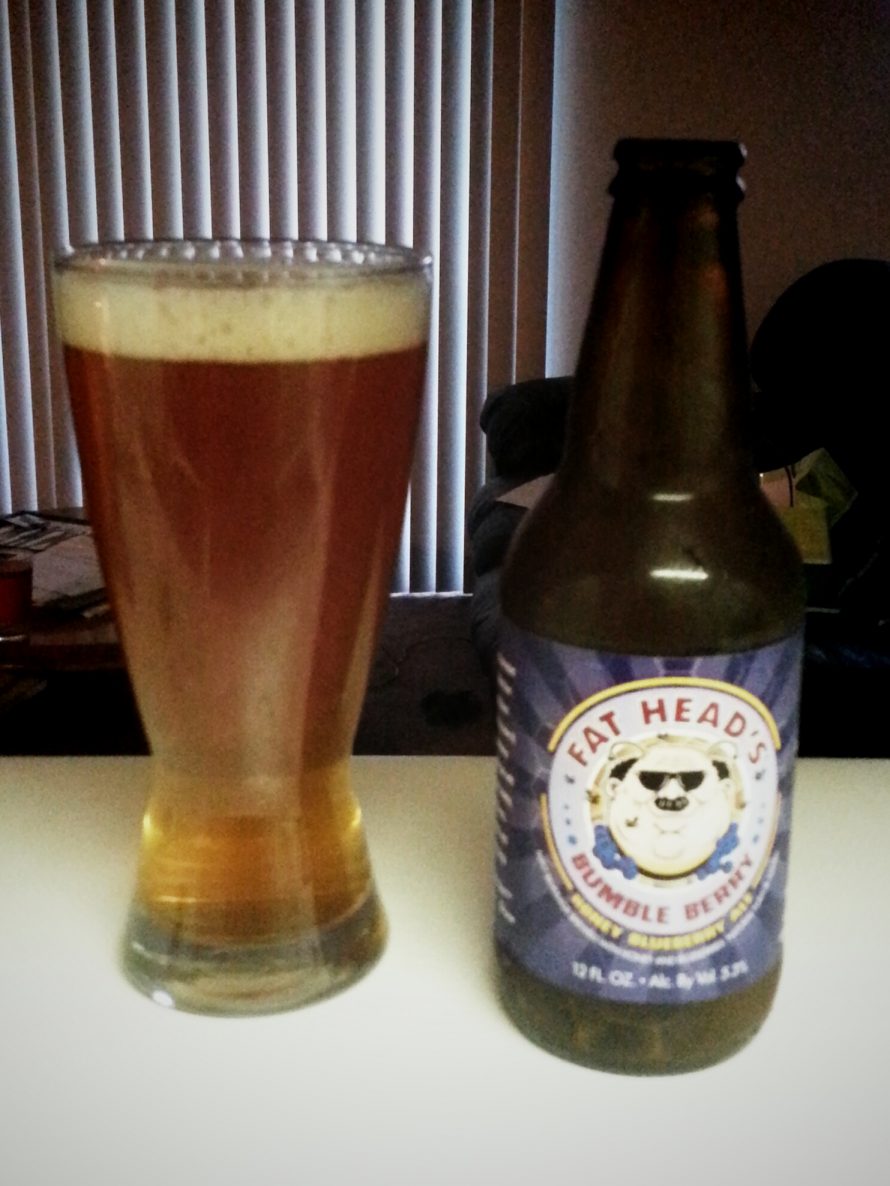 If you’ve been following us on twitter (@BrewReviewCrew) you may have noticed that Ron is having a blast in Traverse City hopping from brewery to brewery.  He chose a great week to go to a beer city because this week is the Great American Beer Festival (GABF), and twitter is blowing up with news and results from the contest.  One of the tweets that I was most excited about was that an Ohio brewery, Fat Head’s, won a gold medal in the Imperial IPA category for their beer “Hop JuJu”.

Not only is Fat Head’s an Ohio brewery, it’s based in Cleveland which is one of my favorite Ohio cities.  Also, on top of the home-state pride, I have a special place in my heart for Fat Head’s because they held a homebrewing contest called Son of Brewzilla.  This was the first contest I’ve ever entered, and I won a gold medal for my Coconut Porter.  This was a couple of years ago when Fat Heads was still not even selling their beers in cans, and their reach was limited at best.  So, in honor of one of my favorite breweries winning a medal, I decided I’d review a Fat Head’s beer: Bumble Berry: a Honey Blueberry ale

Bumble Berry looks exactly like a glass of honey.  Obviously it looks like really thin honey, but the color is that same deep, golden, honey-bronze color that you would expect to be inside of a plastic bear, not in a glass of beer.  It started with about an inch of fluffy white foam on top that leaves decent lacing on the glass as the head fades.  Also, this is one of the more opaque pale beers I’ve seen.  You’d expect to get more clarity out of a beer this color, but all light turns to haze as it passes through.

Even as I poured this into the glass I was hit in the face with blueberry aroma.  I didn’t have to search or dig for blueberry notes, they found me.  I also get notes of honey, and bready malts.  It kind of smells like blueberry cereal, or blueberry muffin batter before it’s baked.  It smells heavenly, to be honest, and I am anxious to give it a try.

There isn’t a ton of body on Bumble Berry.  It’s fairly thin, but highly carbonated.  I’ve had less carbonation in a can of coke, though the body is about the same consistency as Coca-Cola.  The back of my throat gets coated with sweet, syrupy stickiness that begs to be washed down with another sip.

Unfortunately for Fat Head’s, I don’t think Bumble Berry’s taste lives up to its aroma.  This is a very sweet beer.  Since it is brewed with Blueberries and Honey, I don’t think you could expect much different without making it an IPA, but it is almost too sweet.  It’s sweet, but the main flavor I get isn’t the blueberry, which is actually refreshing.  I’ve had other blueberry ales that taste like I’m eating blueberries.  That may have been their goal, but I still want my beer to taste like beer, with hints of fruit flavor throughout.  I think Fat Head’s got that portion of this beer right — the blueberry flavor profile is spot on.  The flavors that stand out most to me are honey and pastry.  The blueberry nose lets you know what kind of beer this is, but it’s more blueberry crumble than blueberry juice.  If I drink this without smelling it, I start and end with a buttery cracker/pastry/bready flavor topped with delicious dose of honey.

Fat Head’s should be proud.  Not only did they win a gold medal at the GABF, but they made a very solid fruit beer.  In fact, I’ve yet to find a blueberry beer that I find drinkable, until now.  That being said, I feel Bumble Berry slightly too sweet, over-carbonated, and doesn’t quite live up to the hype of it’s own aroma.  Giving this a grade, I would go with an 83, or a lower-middle B.  I would order this if it were on tap, which I feel would give it a little more room to breathe, or if I were having a summer cookout with grilled chicken and corn, or another light dish.