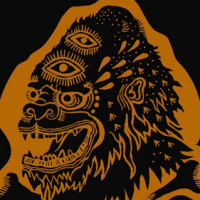 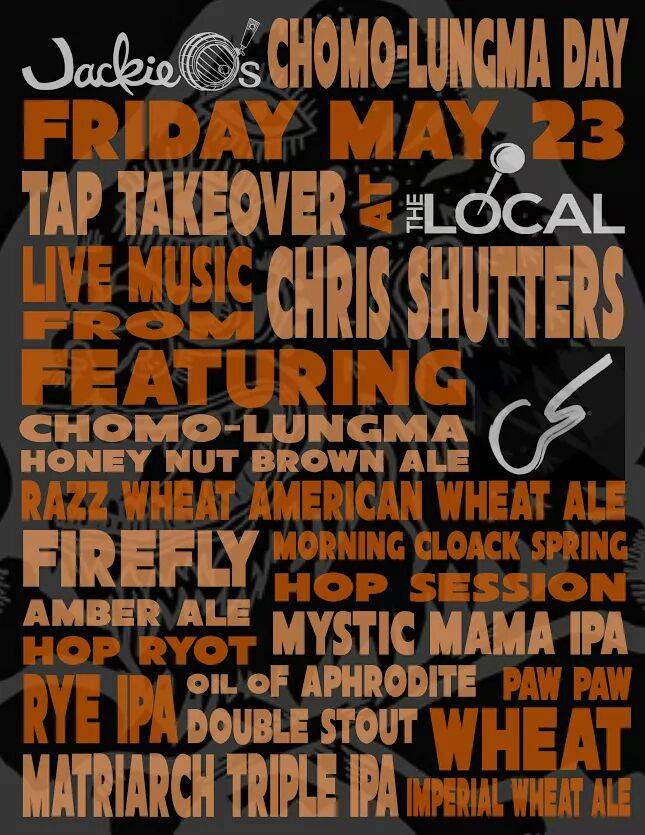 May 23rd, 2014 – The day known as ChomoLUNGma day. We all love craft beer, and we all love fighting cancer. What could possibly be better than doing the latter by doing the former? That is exactly the opportunity craft beer lovers had in Ohio when blossoming brewery Jackie O’s celebrated Chomolungma day! Craft beer bars all over the state celebrated Chomolungma day with Jackie O’s tap takeovers. Though Cory is currently out of town, I took to a local craft beer bar – ironically named The Local, ran by a good man named Brandon to celebrate Chomolungma day. The Local has a seriously killer tap lineup and quite honestly may be one of the best in the entire Toledo area. 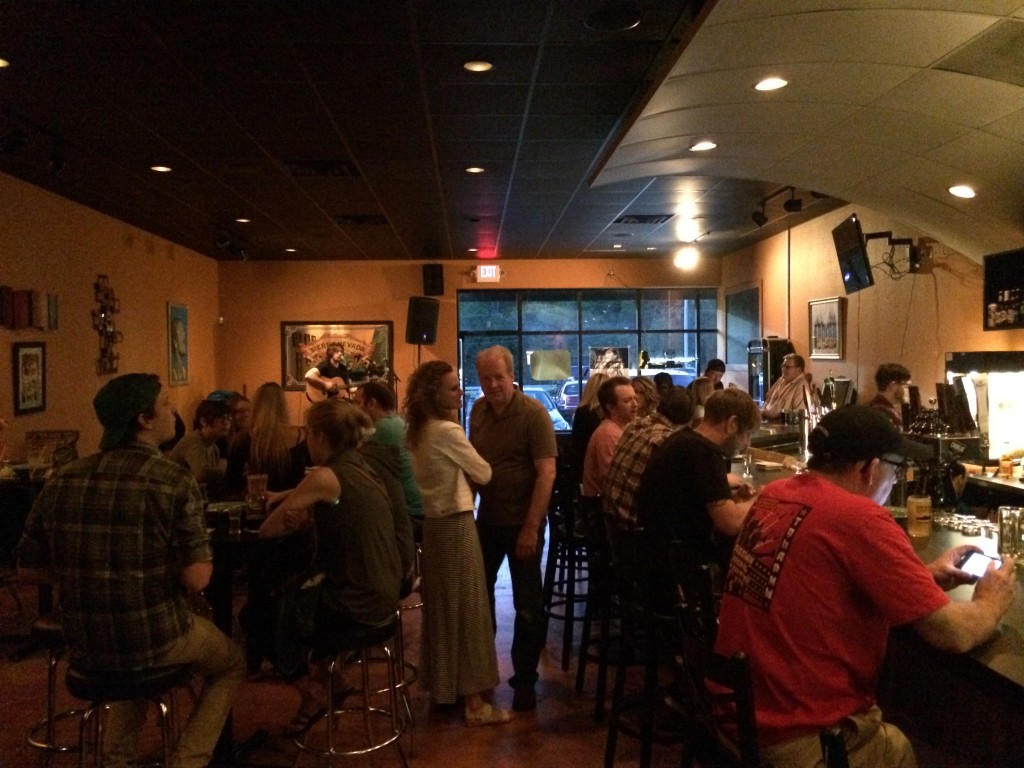 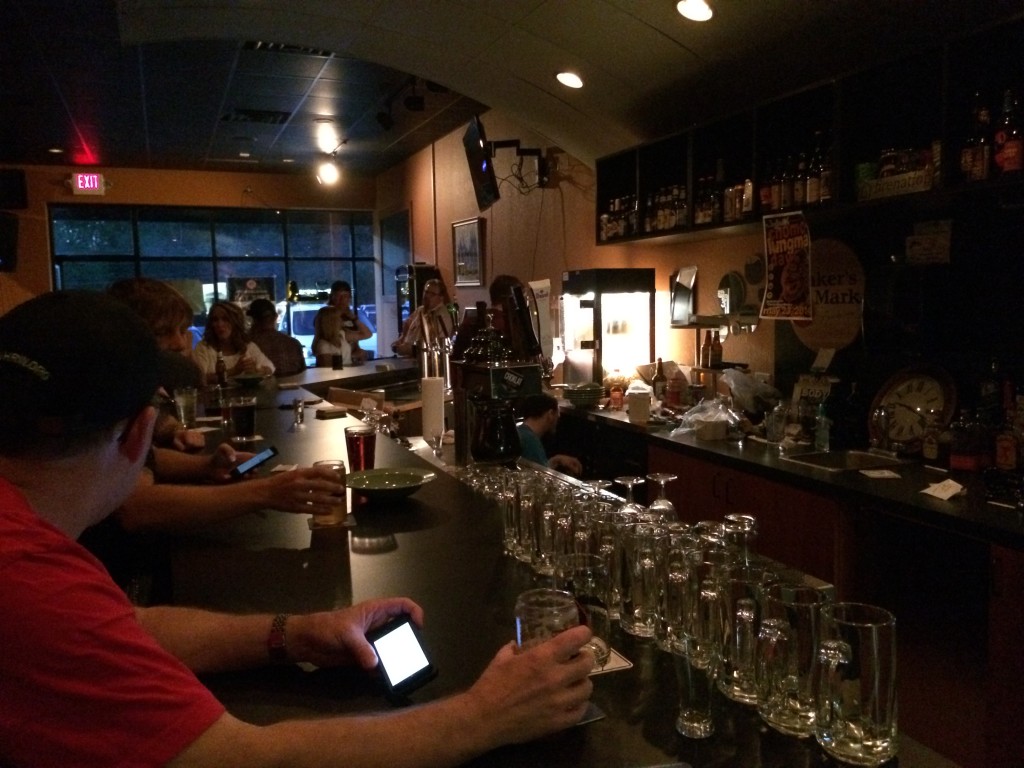 If you are unaware of what Chomolungma is, it is the Tibetan word for Mount Everest, and is the namesake of Jackie O’s English Brown Ale. The beer, as well as the date selected for Chomolungma day, is in remembrance of the anniversary of Brian Oestrike’s summit of Mount Everest. The state-wide event, Chomolungma day is a fundraising event to fight lung cancer, and a portion of all proceeds are given to LUNGevity, a lung cancer awareness and prevention group.

The Local devoted 9 out of their 15 taps to Jackie O’s brews, including many that I have never had the opportunity to try! The most awesome part of the event was that with a purchase of Chomolungma, you received a neat Jackie O’s commemorative glass! 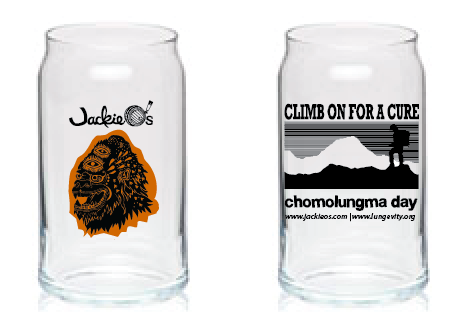 I started my evening off with, of course, the Chomolungma. I found it to be a decent brown ale (which, admittedly, may be my least favorite style) with outrageously smokey character, a slight touch of honey, but almost no aroma to speak of. It was good, and I was more than happy to support the cause, but I did not find the beer to be anything amazing. 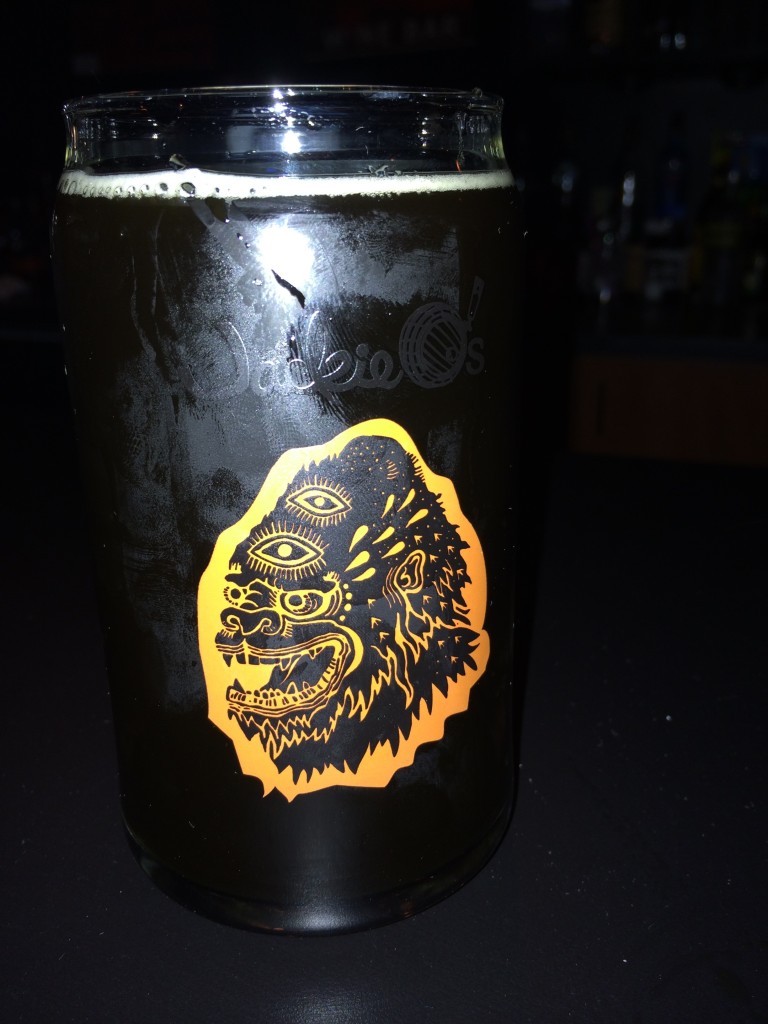 I apologize for the poor image quality. It was dark in there, okay?!

Aside from Chomolungma, I had a glass of Aphrodite’s Oil, an imperial stout which had amazing flavor, but was a little thin for my liking.

One of the best beers on tap from Jackie O’s was their Matriarch Triple IPA. Coming in at a whopping 11%ABV, it is about as big as a beer can get in Ohio, and trust me when I say, this thing packed a punch. Matriarch is hopped with six different American hop varieties and used five pounds of hops PER BARREL! The aroma on Matriarch was heaven in my olfactory system. Melons, lemons, oranges and other tropical aromas flooded my senses, and it was truly a masterpiece in that department. The flavor was no less beautiful. Orange zest and tropical mangos, pineapples, and star fruit exploded on my tongue. If you can get access to Matriarch – you MUST try it. Props to Brandon at The Local for doing half-pours. With an ABV of 11%, it was awesome to see a bar owner take responsibility for their patrons’ drinking and making sure that they don’t leave annihilated.

Lastly, I had a healthy pour of Jackie O’s Paw Paw Wheat. Now, I know most of you know that the state fruit of Ohio is the Paw Paw. 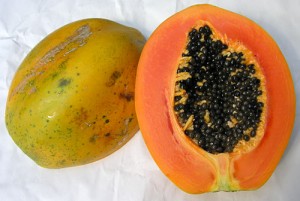 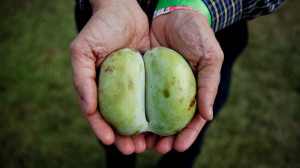 Our state fruit is strangely tropical (A word never, ever used to describe Ohio) fruit, and Jackie O’s used over 500 lbs of Paw Paw to create this brew that has notes of banana, mango and fresh melon. Coming in at 9%ABV, it is another huge beer from Jackie O’s and is described as an imperial wheat ale. As I drank it, it immediately reminded me much more of a barleywine than a fruit or wheat ale. The alcohol was subdued on the nose but packed an enormous, warming punch on the taste – way more so than the Matriarch Triple IPA. It was really flavorful, but quite honestly not my cup of tea – er – beer. I am not a huge fan of barleywine brews, and this was basically a barleywine in character. If you are a fan of that style, you’d absolutely love it, as it is truly well crafted, and I bet you’ve never had a beer using Paw Paw!

I had a fantastic time at the event, met some really great people who loved to talk craft beer, tried some fantastic brews, and overall I would call Chomolungma Day at the The Local an amazing success.