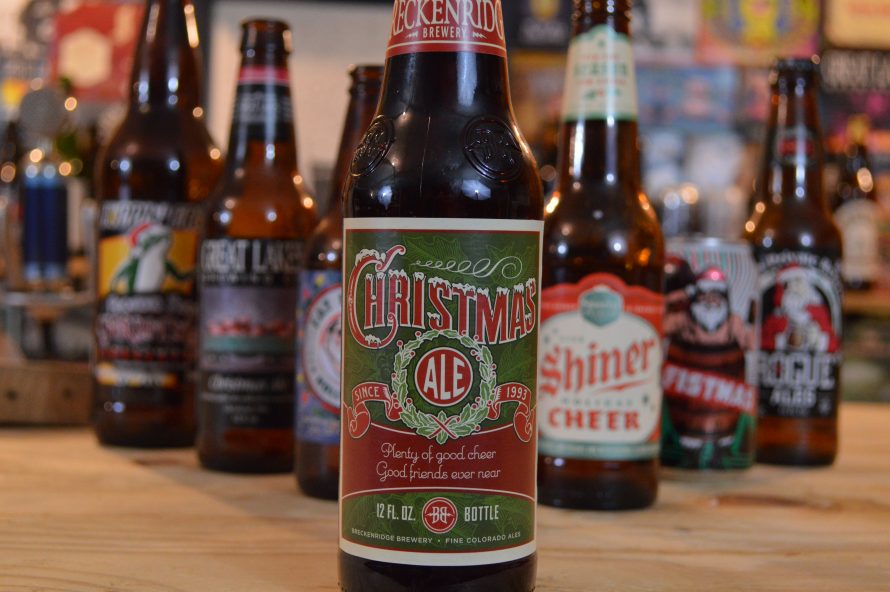 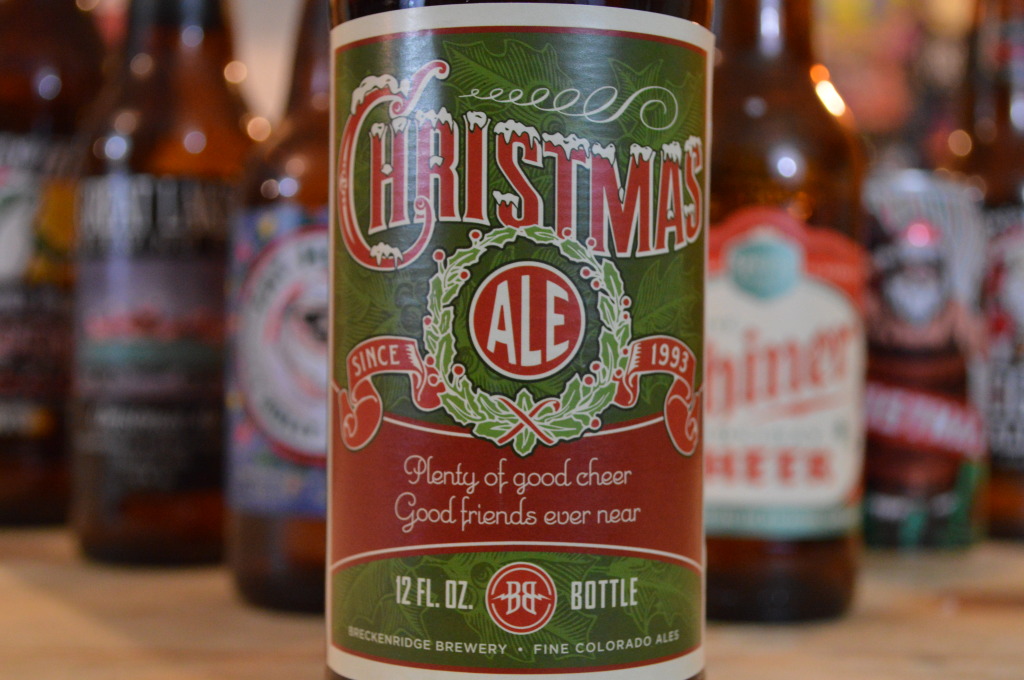 It’s day 9 of the 25 Days of Beers and Cheers, and today I’m cracking open a treat from a well known brewery, Christmas Ale by Breckenridge.  Now, I might be crazy to think this way, but it seems to me that if anyone should have a great Christmas beer, it’s a brewery from Colorado.  What state capitalizes on both beer and snow more than Colorado?  So what do they drink to stay warm?  Well, if you ask Breckenridge Brewery, they’d tell you this.

The chill of a Colorado high-country winter calls for a beer with extra flavor and strength. Here it is. At over 7% alcohol, with a sturdy texture and rich flavors of caramel and chocolate, our holiday seasonal is the fermented equivalent of a good fire.

Hopefully this figurative fermented fire is nothing more than fictitious flames.  I like a good boozy stout to keep me warm, but nothing can ruin a beer faster than too much alcoholic “warmth”.  I do like the idea of aiming for a chocolatey beer, though, so how about I head to the hearth and get this beer into a glass.

If Breckenridge’s Christmas Ale reminds me of one thing, it is chocolate covered cherries.  It looks rich and luxurious.  It is deep brown and clear, but as the light passes through the shades of black cherry try to escape from the brew.  It poured with a minimal khaki-colored head that has since turned into nothing but a lacy shell of it’s former self.

More than maybe any of the Christmas Ales we’ve had, this one smells like chocolate and coffee.  It reminds me of a porter or a really rich brown ale.  There is some brown sugar sweetness, or maybe even a touch of gingerbread, but one thing’s for sure, this is a malty beast! Hints of cinnamon and vanilla can also be detected, as can a caramel and nutty aroma.  It smells really good, and, based on the aroma, earns the name Christmas Ale.

Breckenridge’s Christmas Ale is fairly thin, and well carbonated.  It’s a bit thinner than I wanted coming from a beer that has the potential to be a bold, rich bodybuilder, but by no means is this a wimpy beer.  The carbonation is perfectly light, refreshing, and creamy.  There isn’t much warmth during the swallow, but now that I’ve had a couple sips, I can start to feel this beer burning a little in my belly.  This fermented fire lives up to that name in the best possible way. 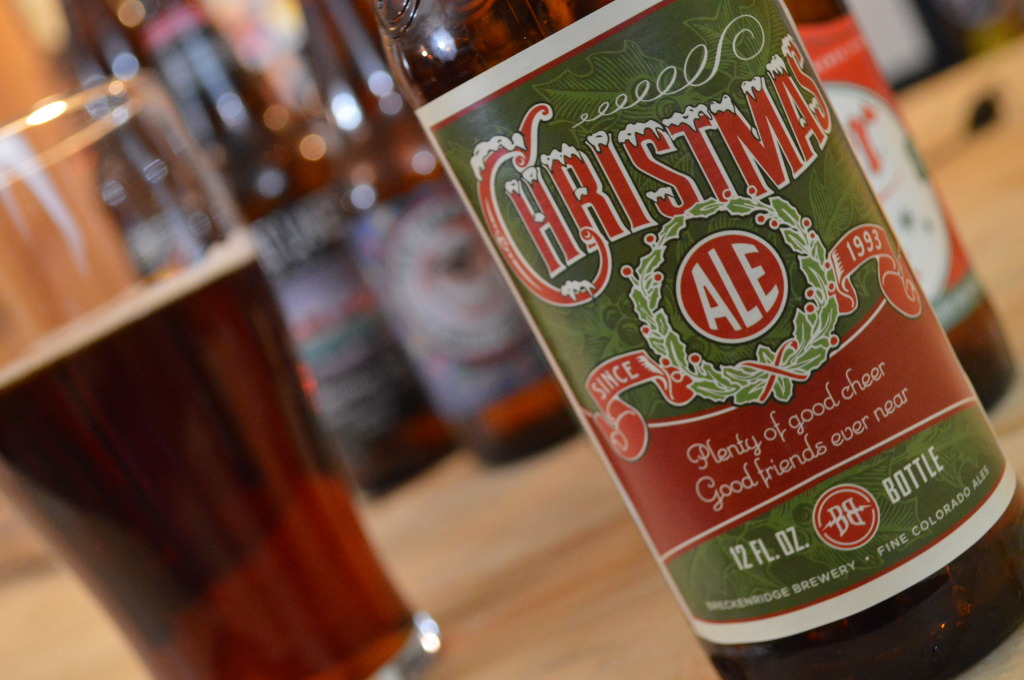 Tasting Christmas Ale is like watching your favorite team throw the go ahead touchdown late in the fourth quarter and having the ref throw a late pass-interference flag.  This beer starts so big, so bold, and within milliseconds it disappears into nothingness.  I’m greeted with nutty, roasted, chocolatey flavors that make me feel like I’m sitting by a fire eating a hearty meal, but then it’s gone.  What’s left behind is a light cocoa powder aftertaste, but it’s not nearly enough.  This might actually be the first beer that has more taste as I swallow it than it down when it’s on my tongue.

I don’t want to make it sound as if I’m drinking water, this beer does have flavor to it.  Notes of caramel, cherries, rye toast, and nutmeg put me into the holiday mood, but the Houdini act this beer pulls is completely off-putting.

I really wanted to like this beer, and for a split second it’s a really enjoyable brew, but that’s the problem, it’s only for a split second. I think the flavors Breckenridge built into Christmas Ale are good, but they aren’t robust enough for what I want out of a winter warmer.  I’ll give them credit that this beer will keep you warm, but Christmas Ale is going to get a 76 from me.  The spices of the holidays play well together, and the hops seem to give it an appropriate bitterness, but it’s such a tease of a beer.  I’m not saying I’d give this in place of coal in the stockings, but I wouldn’t be too excited to wake up to this Christmas Ale under the tree this year.