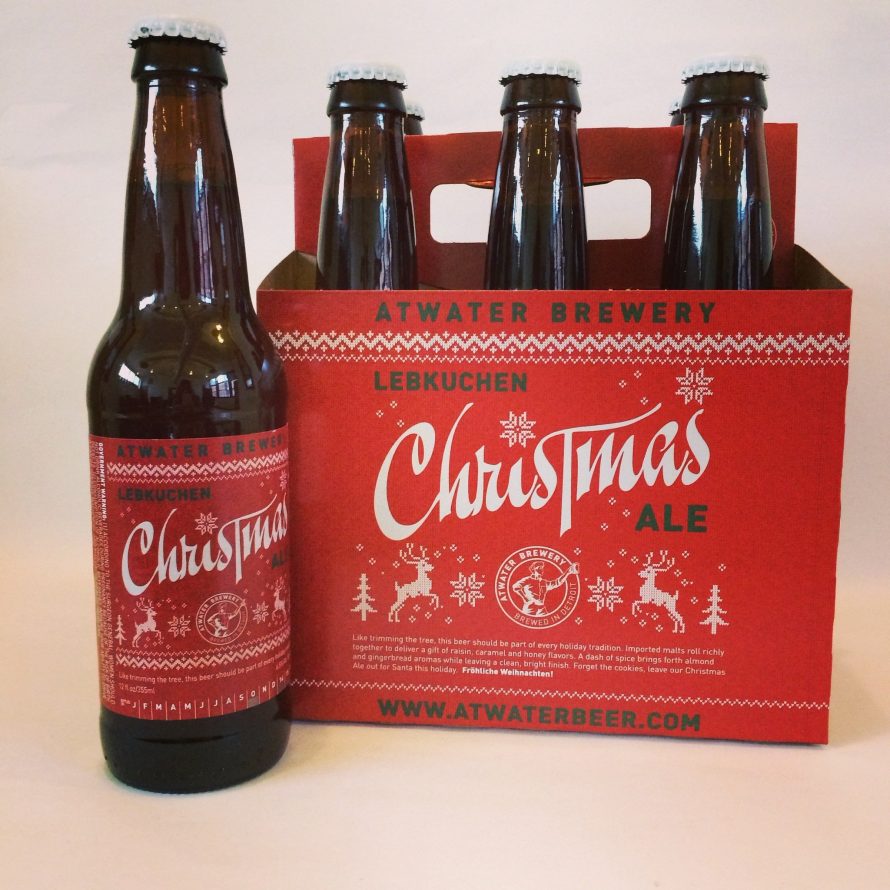 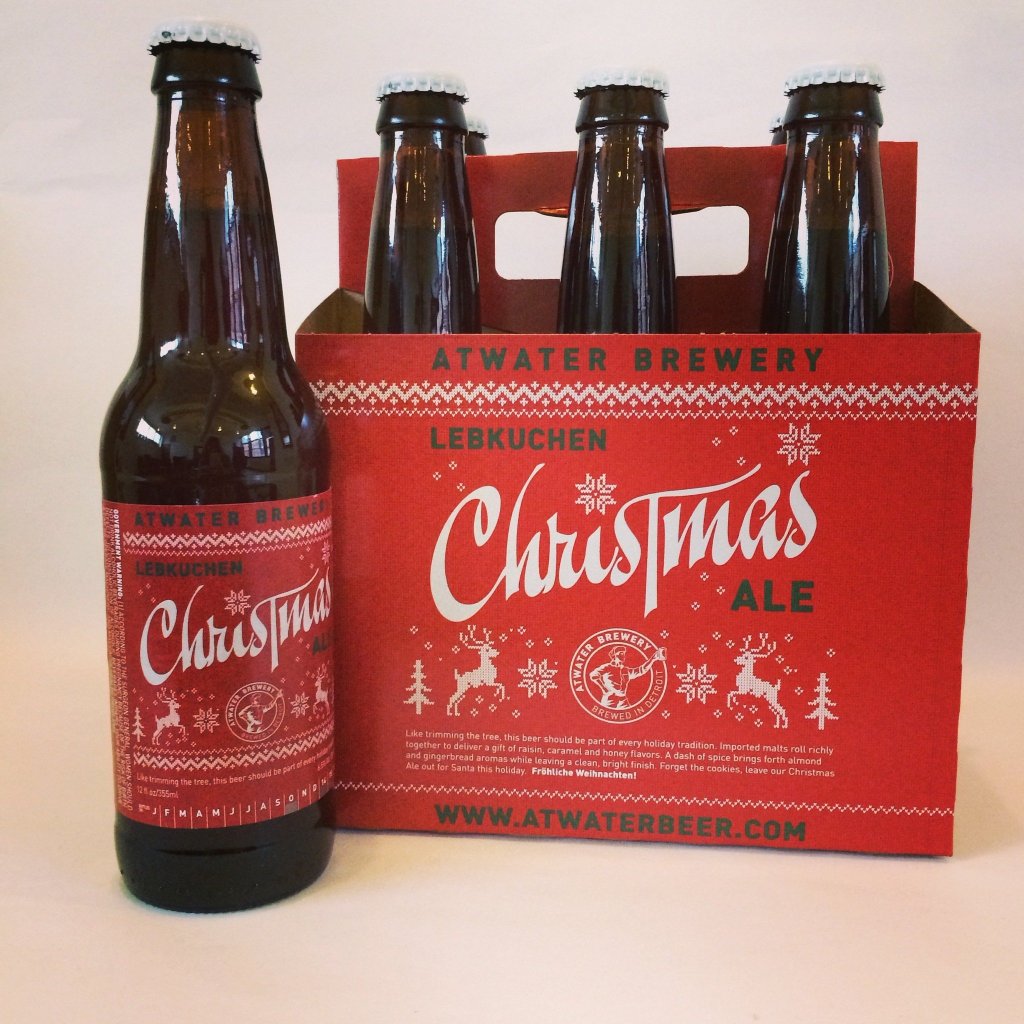 Merry December 14th! Thank you for joining us for the December 14 edition of our 25 days of beers and cheers series! Today we are looking at Atwater Brewery’s Lebkuchen Christmas ale!

You may be familiar with Atwater Brewery; they are one of Detroit, Michigan’s flagship breweries, in fact, we have done a brewery tour with them before which you can read right here.

Today, we look at their Lebkuchen Christmas ale which, according to Atwater, is “like trimming the tree, this beer should be part of every holiday tradition.”. Lebkuchen Christmas Ale is a German-style winter ale with the flavor profiles of a gingerbread house.

There’s nothing quite like Detroit during the Christmas season. Detroit currently has a bad reputation, and people are really down on the city. Living as close as we do to Detroit, we can see that the people of Detroit really are trying to better the area, and you can tell they are full of the Christmas spirit.  The city is lit up from head to toe in holiday cheer, and full of hopes for a better tomorrow.  Let’s hope Atwater’s Lebkuchen Christmas Ale lives up to the merry mood  that Detroit is seemingly full of.

Lebkuchen Christmas Ale by Atwater has an immediate, though ever so slight metallic aroma which is paired with very light caramel notes and just a bit of holiday spice. As the beer warms up it releases a little bit more of that holiday aroma that you associate with a nice Christmas ale. Ginger starts to flood the olfactory on the tail end of a sniff. Not really an overpowering aroma like one you may have on your wish-list for a Christmas Ale, but definitely has subdued characteristics of one. 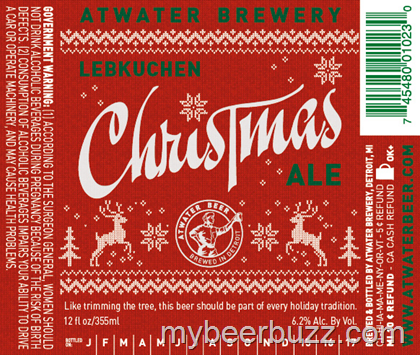 Lebkuchen Christmas ale gives off a very dark brown appearance with just the slightest of red Hughes around the edges. On the top of Lebkuchen Christmas ale is a nice off white colored/vanilla head that is a little extra bubbly. It is far darker and much less translucent than many other Christmas beers on our list, but still has the appropriate color for the style.

Atwater’s Lebkuchen Christmas Ale is very nice tasting brew. It has a pronounced ginger flavor profile, with a little bit of nutmeg, allspice. and just a hint of cinnamon. Though it is not as intense as other Christmas ales that we have had in the 25 Days of Beers and Cheers series, it does have a nice subdued flavor profile. A nice caramel note comes forward during the experience, which seemingly is a very common flavor profile for the Christmas ale season. That being said, Atwater does it quite well. Still, there is a slightly off putting metallic flavor throughout the experience, not quite sure what happened in the brewing procedure to lead to this, but is definitely not melding with the rest of the flavors, and I am guessing that flavor was slightly unintended. On the very back end of the flavor experience is a harsh bitterness. My guess is that this comes from the hop addition, though it is slightly combative with the rest of the flavors that you want in a Christmas ale.

See you tomorrow for December 15th! Merry Christmas, and Cheers!