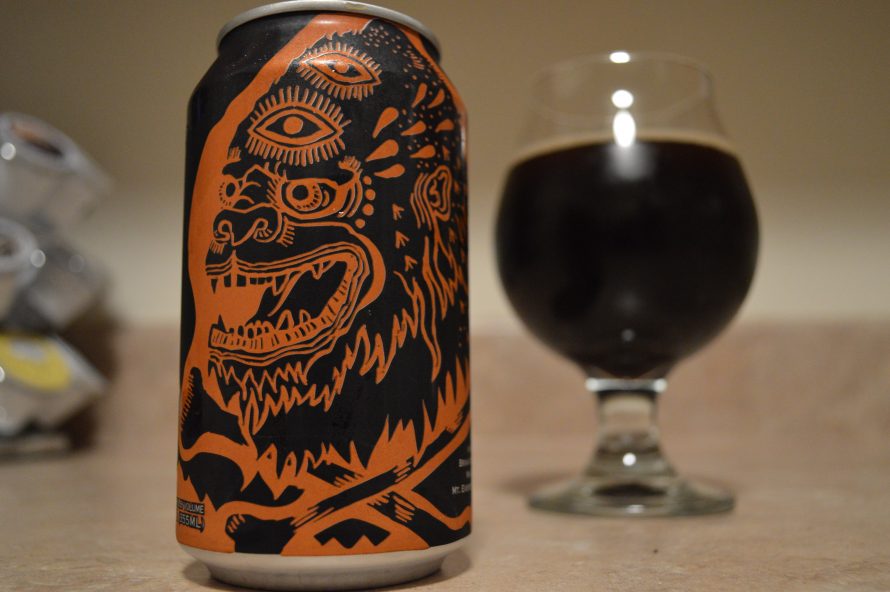 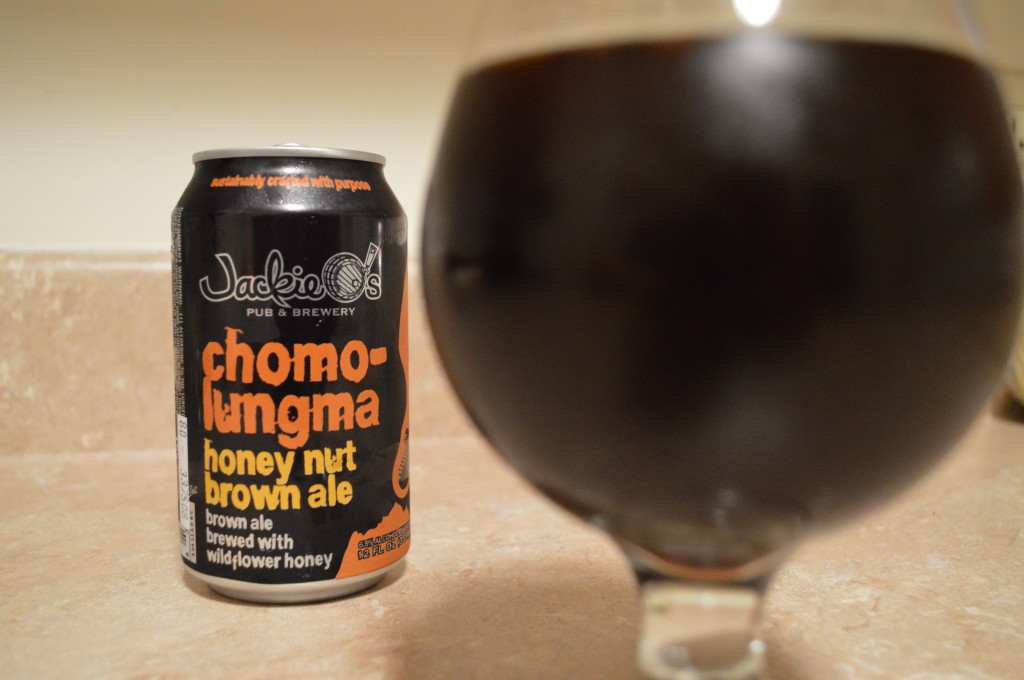 As a graduate of Miami University, I’m supposed to hate everything from Athens, OH.  The Bobcats are our bitter rivals, but I have to tip my cap to Athens for having one of the best breweries in Ohio, Jackie O’s.  Ron and I were blown away by their Mystic Mama IPA and Firefly Amber Ale, but this is my first time trying their honey nut brown ale dubbed Chomolungma.  If you haven’t yet, check out Ron’s write up of Chomolungma Day, when Jackie O’s took over the taps of one of our favorite Toledo craft beer bars, The Local.

If you’re as confused about the name as I am, here’s the description from Jackie O’s themselves:

The people of Tibet call Mt. Everest “Chomolungma”; this exceptional ale carries on the spirit of the climb. 7 Malts, 3 hops, and 100 pounds of local wild flower honey give this ale an exceptional character.

To me, there’s not much better than adding honey to a brown ale, so I can’t wait to crack open Chomolungma.

I tried really hard to pour Chomolungma with a fluffy head, but couldn’t.  Part of that was the glass, but I assume that part of that is the beer, too.  I know they say this is a brown ale, but based on the lighting in here, this thing is basically black!  It actually looks a lot like a glass of Coca-Cola.  I don’t think it’ll be too thick, based on how easily it moves in the glass, but it looks like a full-bodied beer.

It’s weird, depending on how I hold the glass, I get different aromas from Chomolungma.  The first impression is like fresh-baked, honey-covered bread crust.  I feel like I’m about to bite into some pumpernickel, or maybe a marble rye.  The honey is absolutely pronounced, but I also get great hints of coffee grounds in the background, followed by roasted malts.  If someone blindfolded me and put this under my nose, I’d think I was walking into a artisan cafe serving fresh bread, pastries, and coffee.  It’s mesmerizing.

Maybe this was my fault.  I saw that there was no head in the glass as I poured, so I got a little more aggressive to try to get something going.  This beer is a bit flat, with a medium body.  It goes down smooth, like skim milk, but I want a bit more CO2 to scrub the palate. 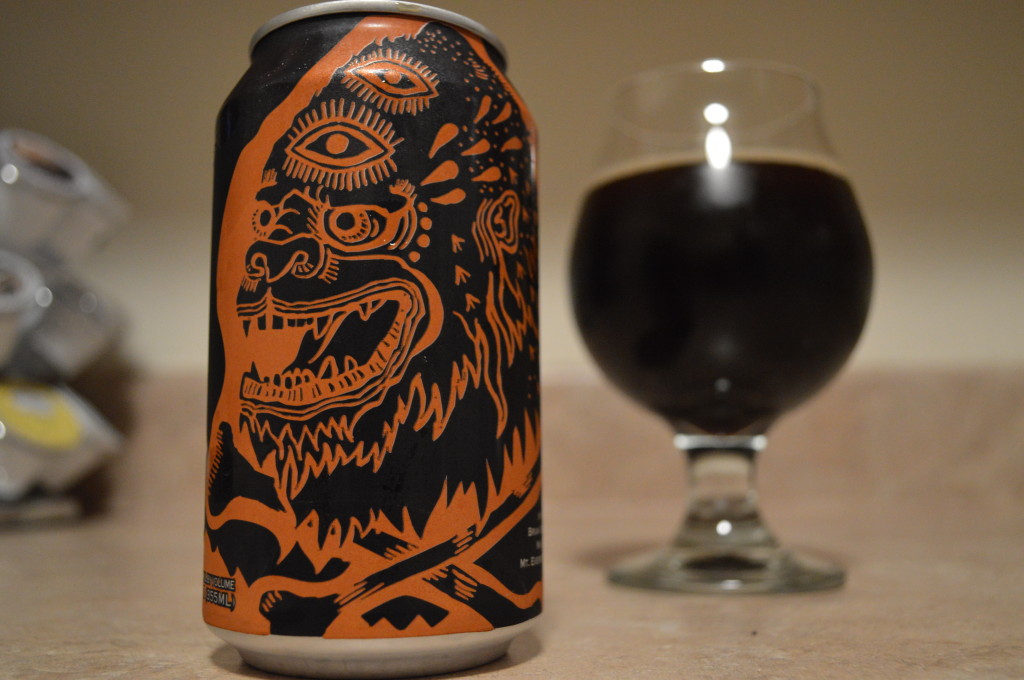 Unfortunately for me, the first impression of Chomolungma’s taste fell flat as compared to it’s aroma.  It starts off very simple, notes of roasted barley, slight coffee, and toffee, and ends with a quick honey twist.  It makes me think of a drumroll leading to a soft cymbal crash.  Unfortunately, I’m looking for a full orchestra.  It does remind me of a wheat or rye muffin smeared with honey, but the flavors are, really, very subtle.  There are small hints of dried figs in Chomolungma, but they don’t jump out of the glass.

While I love Jackie O’s, this beer falls into the, “Eh, it’s ok” category.  Chomolungma has so much potential, it was brewed with great ingredients, but just left me wanting more.  I wish there was more of a nutty flavor than I got.  I wish there was more honey.  I just wish there was more flavor overall.  It’s not a bad beer, it’s won’t be one that you’re mad you got, but I wanted to be impressed and I was not.  I’m going to give Chomolungma an 80, C+.  I appreciate what Jackie O’s set out to do, I just don’t think this can showed off the flavors that could potentially be in this beer.

Let us know what you think.  Have you had Chomolungma and loved it, or do you think it was just ok like me?  Leave comments below, and make sure that if you’re ever in Athens to go to Jackie O’s.  They are a great brewery with some outstanding beer, even if they are in a town I loathe.