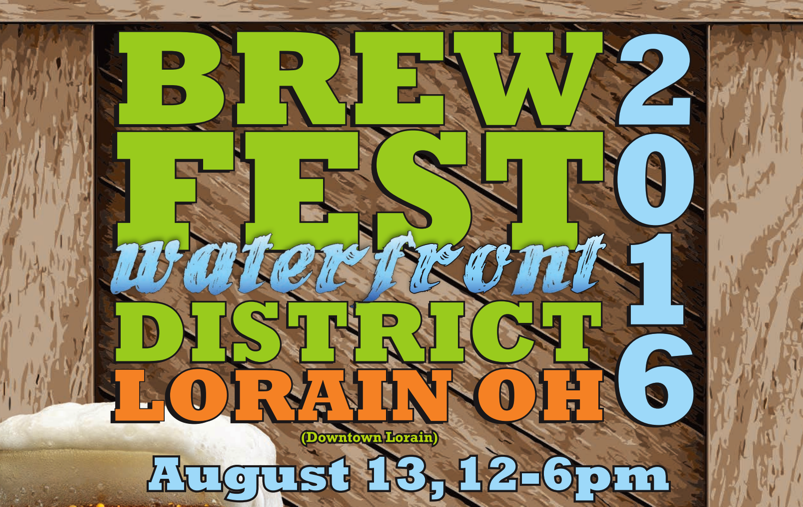 As craft-beer lovers, there is almost no event better than a well-run beer festival.  Being able to walk around a city and sipping samples of craft beers and snacking on delicious food is a perfect way to spend a summer day.  One festival that we are really excited about is BrewFest Waterfront District in Lorain, Ohio.

What is the BrewFest?

BrewFest Waterfront District is a craft beer, cider, and wine festival that is the only such event in all of Lorain County.  The first BrewFest Waterfront District event was held in 2014, and since then it has exploded in popularity, almost tripling the size of the original event in just one year.  The festival is growing in size but expects to include around 40 breweries, cideries, and wineries, as well as live music and fresh food.

Where and when is it?

The festival will take place in Downtown Lorain, Ohio, on August 13th, 2016.  It will run from Noon-6PM

What Breweries will be available?*

*This list is subject to change for up to date lists, visit brewfestwd.com

Will there be music?

Yes! The following bands will play live at the festival:

Brent Kirby and His Luck

Ron and I hope to be able to make the trip to the BrewFest Waterfront District, and we hope to see you there!