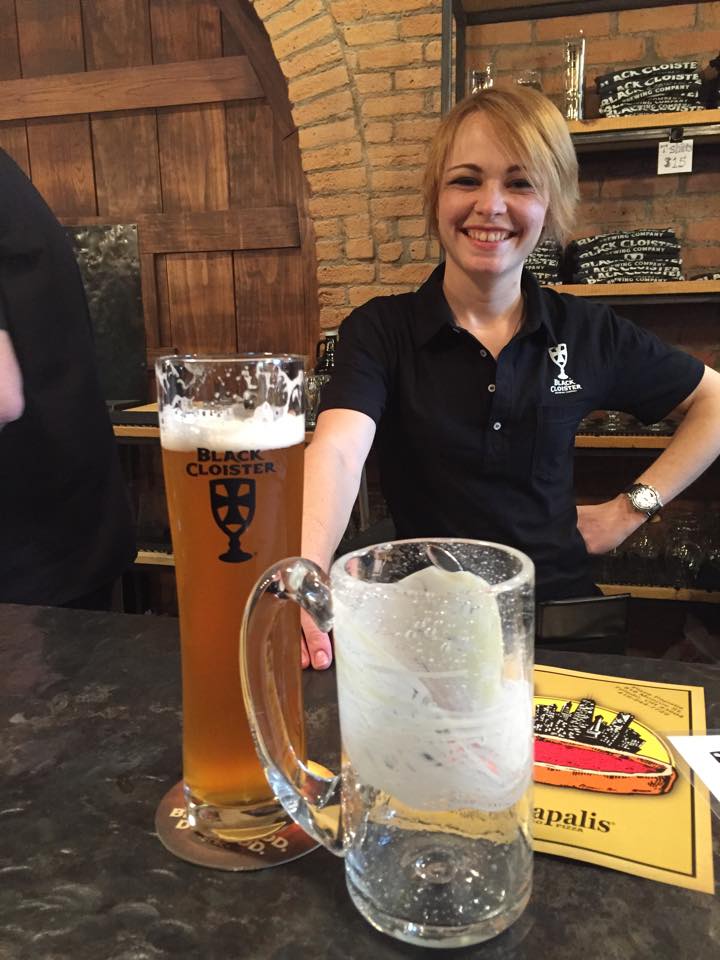 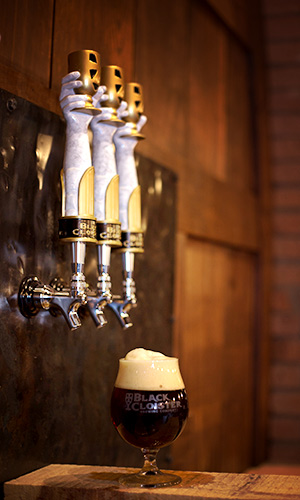 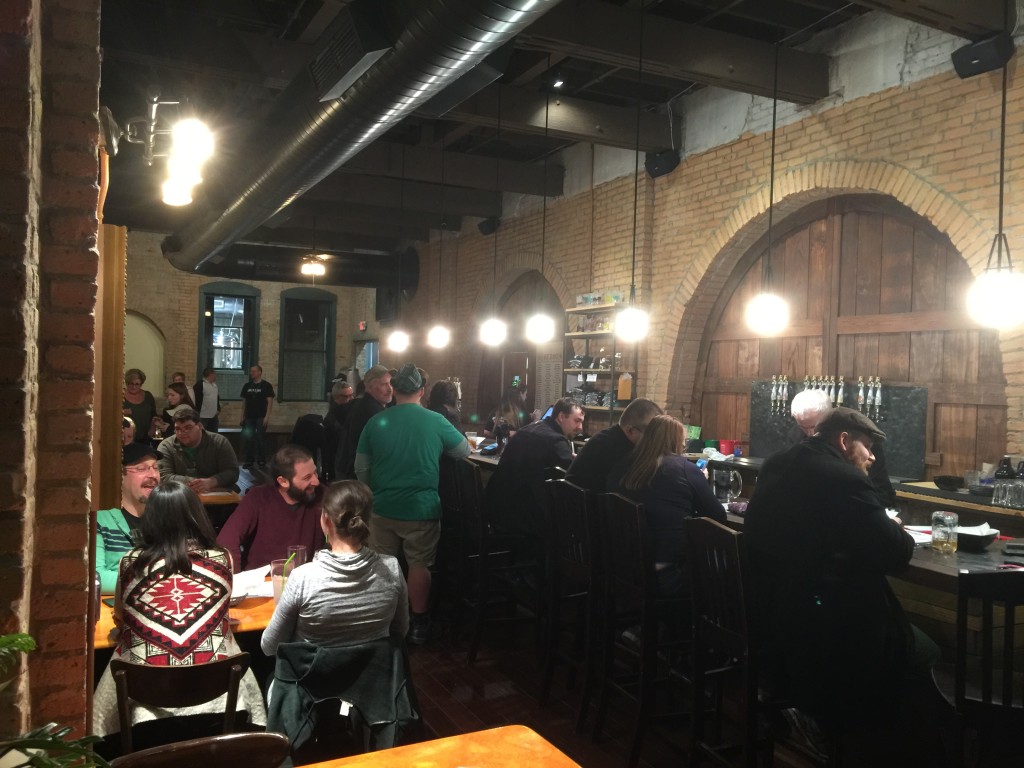 Last night, I was lucky enough to attend the private VIP party for those who contributed to the Black Cloister KickStarter Campaign. Stepping into Black Cloister for the first time was an amazing experience. Knowing all of the hard work, trials and tribulations, and all of the exhaustive pouring-out of passion that went into making this brewery a possibility, an overwhelming sense of pride and admiration for the city of Toledo and the owners/supporters washed over me.

Simply based on esthetics of Black Cloister Brewing Company alone, the brewery is a resounding success. Simply put, Black Cloister is beautiful. Black Cloister is housed in the first building in Toledo to receive electricity, and the century-old architecture found inside is a perfect pairing with the ‘Middle-Ages’ European theme of Black Cloister Brewing Company whose namesake is derived from the order of monks that reformer Martin Luther rose from. Beautiful brick-carved arches lace throughout and an oversized mural that simply stuns spans the entirety of the back wall. Behind the tap-handles lays beautiful wooden backdrop that is reminiscent of an age-old abbey where monks would end their long-days enjoying the only safely consumable liquid available; beer! 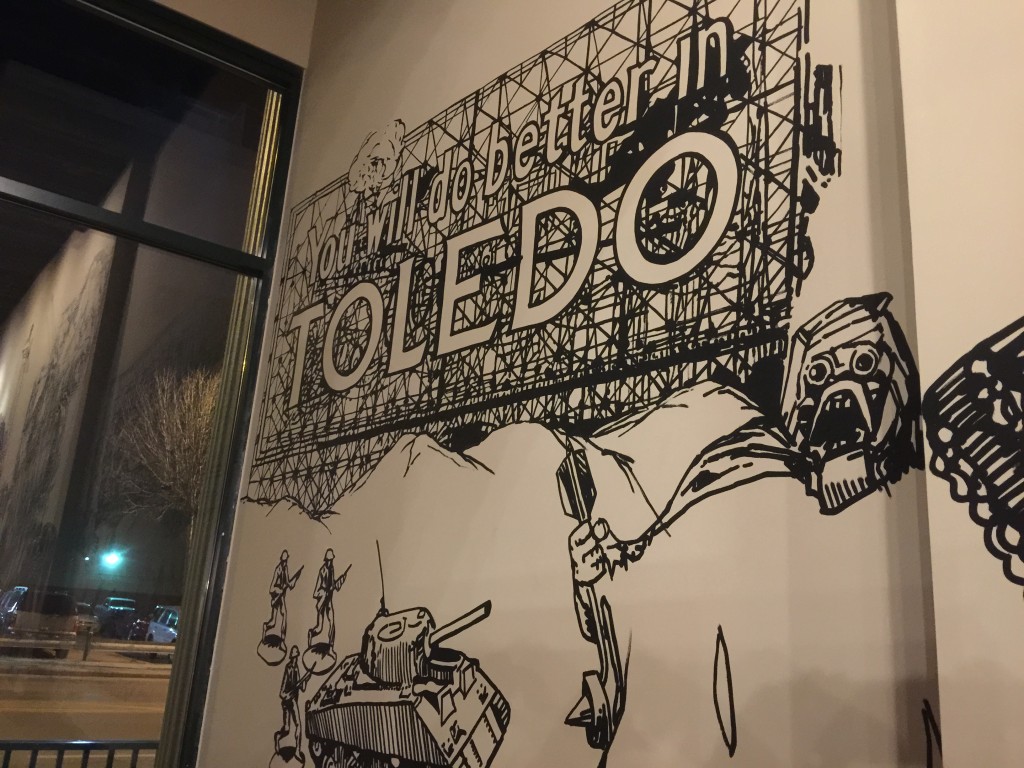 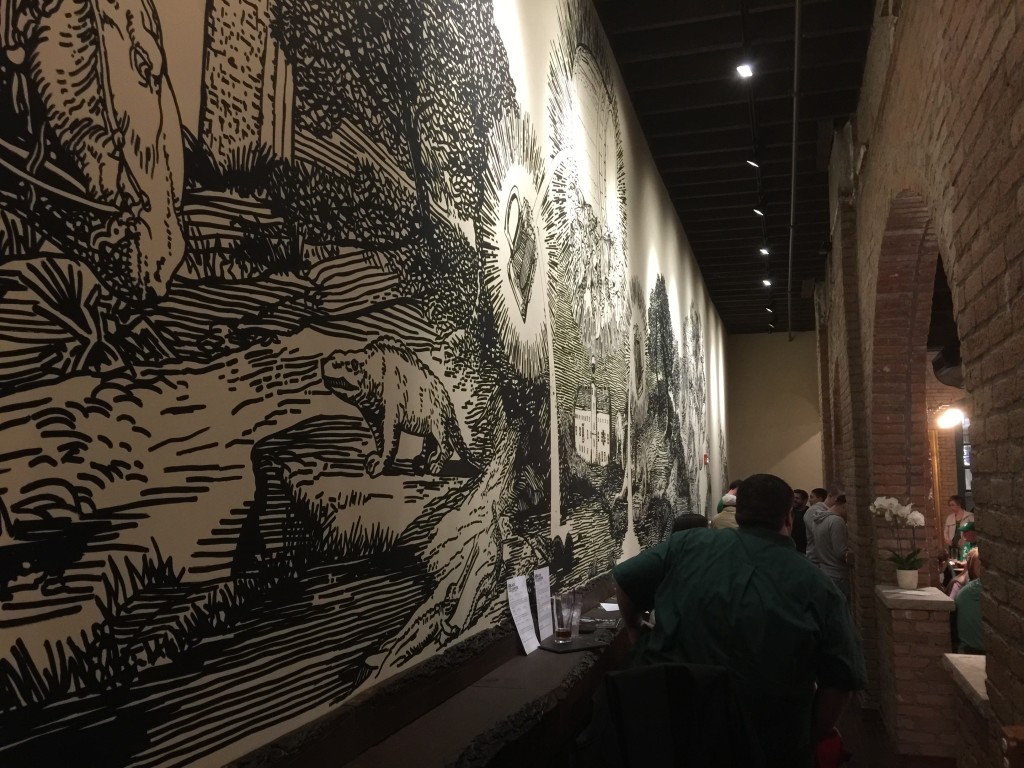 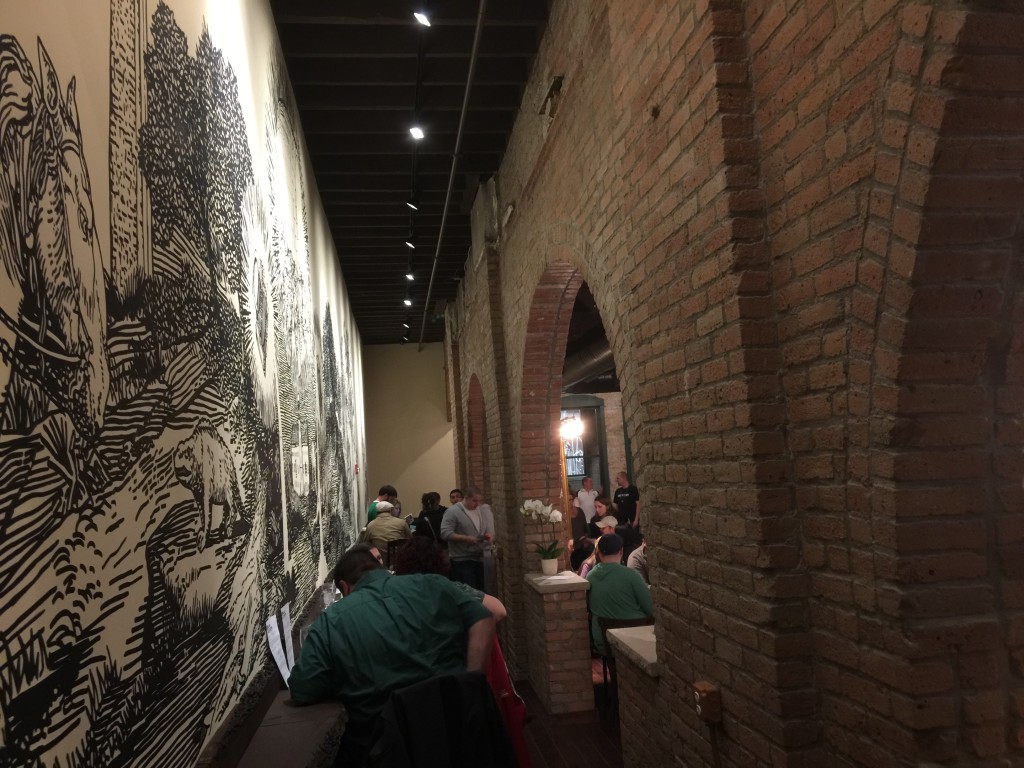 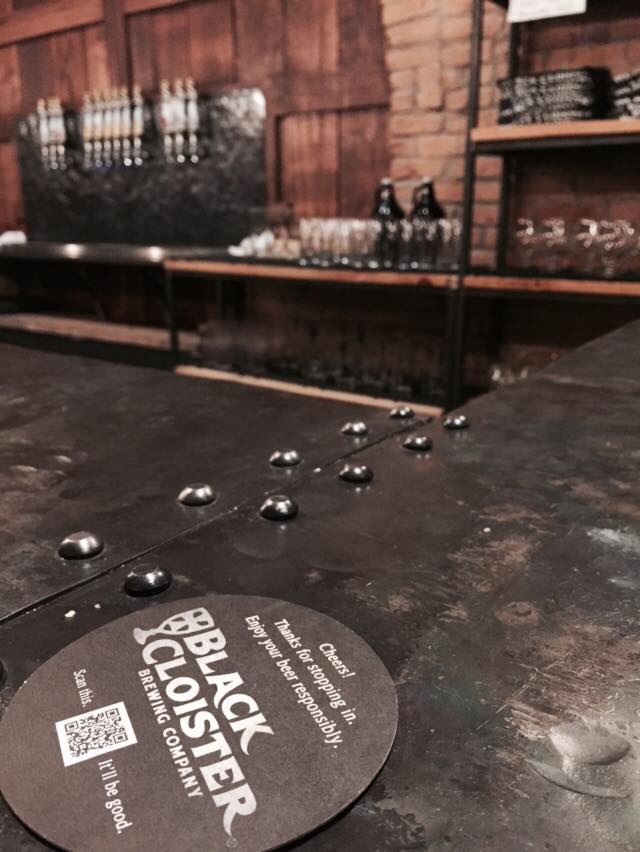 Much like the 95 Theses Martin Luther nailed to the doors of the Catholic church, Black Cloister Brewing Company has erected a list of their ’95 Heroes’; the first 95 individuals who contributed to the Black Cloister KickStarter campaign (a list that I am honored to be on!) They even received a gift-package from the ACTUAL Black Cloister in Germany; a congratulatory message with prayerful hopes to a long and successful endeavor). 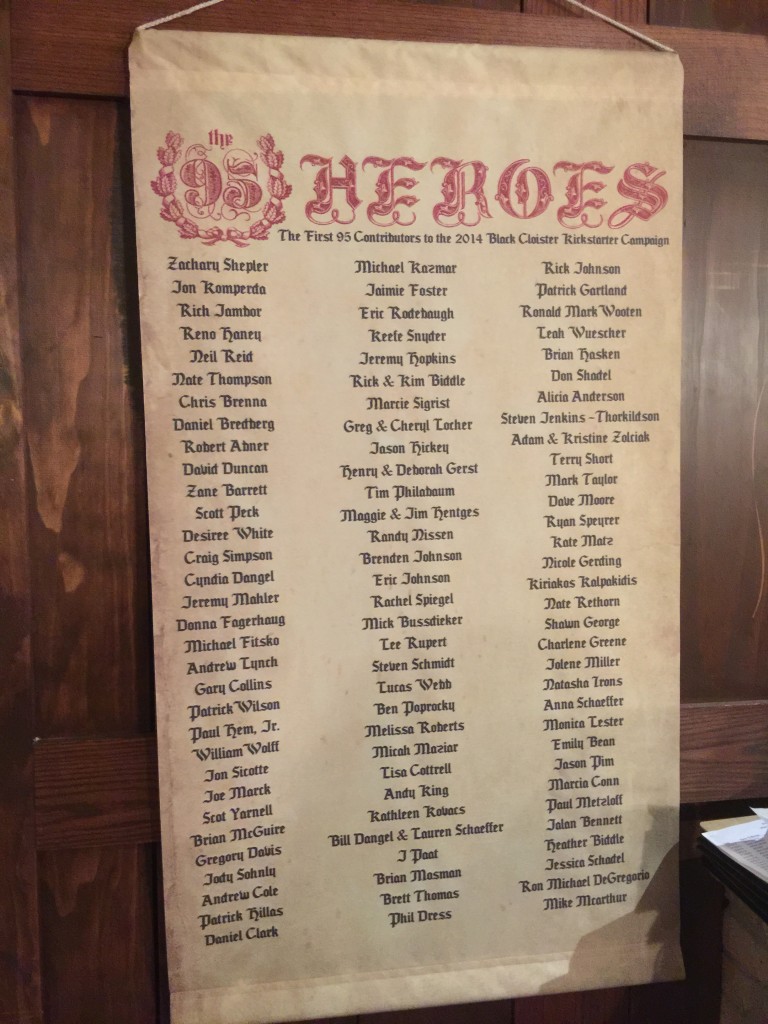 Lest I forget to mention the most important aspect of Black Cloister Brewing Company, as of this writing (two days before the official grand opening), Black Cloister has three craft offerings to thirsty patrons: Rose of Shannon; a malt-forward Irish Red, Pale Rider; a Pilsner/Pale Ale hybrid packed with Saaz hops, and Marty; a Belgian Blonde that is similar to the style of beer that Martin Luther himself would have enjoyed! According to Black Cloister, there will be at least six craft beer offerings in the March-April season, with more sure to come as they get settled. Rest assured that the three initial offerings span a wide-range of flavors and are nothing short of delicious, especially my personal favorite, The Marty. 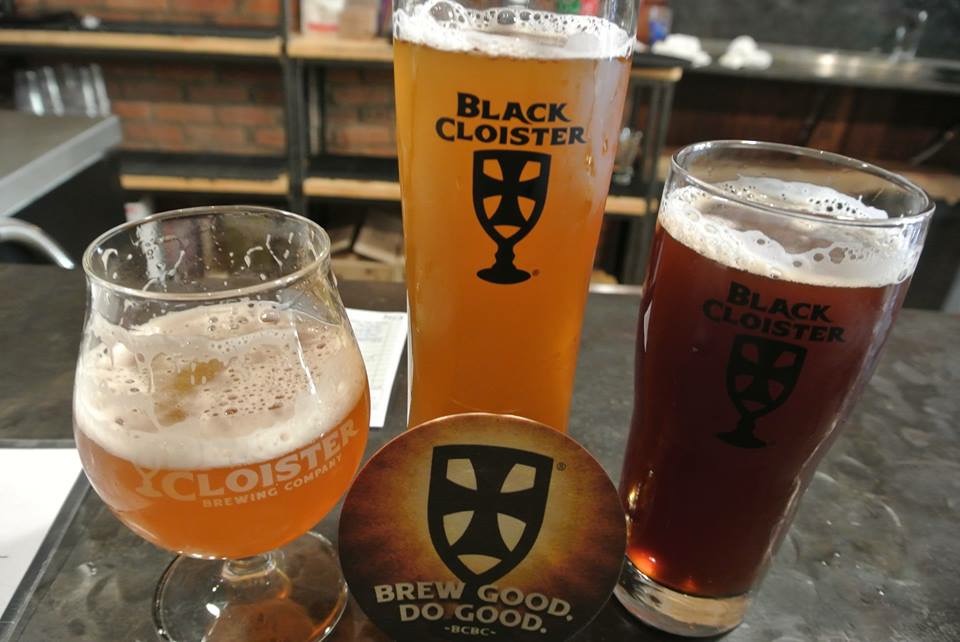 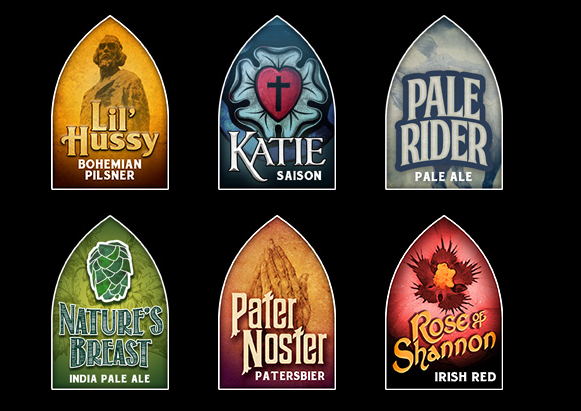 We are so happy to finally have Black Cloister Brewing Company open in our community, and we urge you to come to Toledo, Ohio and see what is happening here in the world of craft beer. We will be happy to see you enjoy amazing craft beer in the Glass City. As always, Cheers!