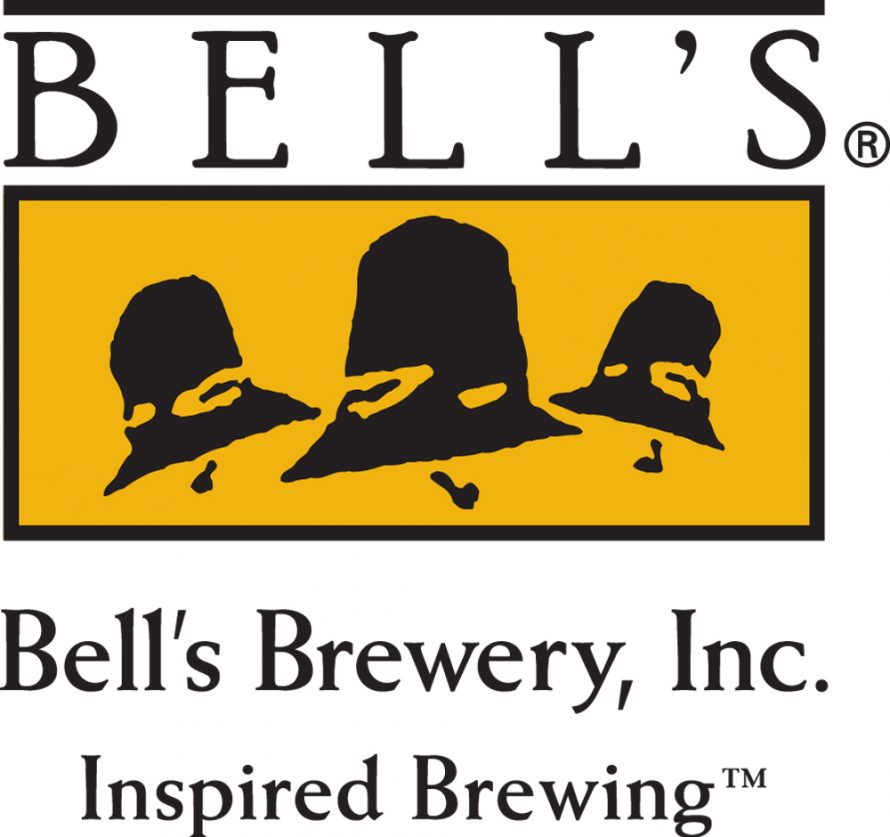 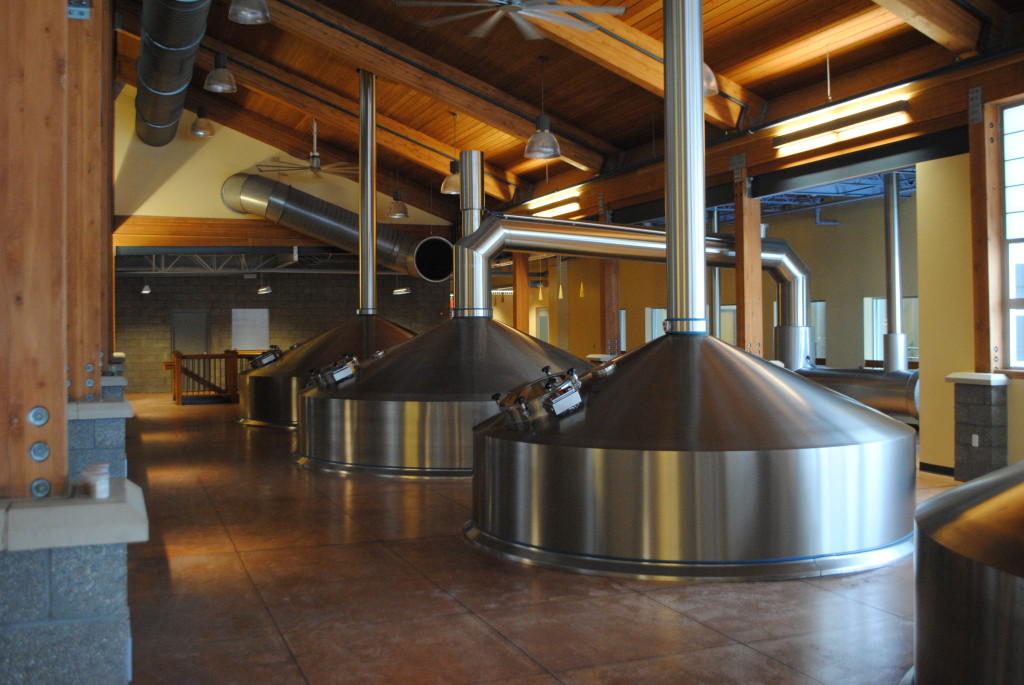 Being a teacher has certain perks. Besides the most obvious; lovingly teaching and caring for the youth of today……………….there are some minor, lesser known perks such as Summer break, Winter break, Spring break, and holiday such as MLK day!

Cory and I celebrated MLK day the best way we know how; we drove a few hours into the beautiful, great state of Michigan to visit my all-time favorite brewery, Bell’s.

When we received an invite to visit their production brewery and learn about the history of Bell’s, we were both geeked out. Besides the fact that they are the largest Brewery in Michigan AND the first ever brew-pub in Michigan, they produce some of the finest, well-crafted, well-known beers in the United States. Brands such as Two-Hearted (which constantly ranks among the top 20 world-wide), Oberon, Expedition Stout, and my personal favorite (Cherry Stout) are what make Bell’s a nationally, globally renowned brewery.

Bell’s started out as a home-brew supply shop back in 1983 and since expanded to momentous proportions, selling over 180,000 barrels in 2011 and most recently expanding by adding 12 800-Barrel fermenters (let that sink in). They distribute to 19 states including US territories such as Puerto Rico, but I feel very lucky to live within driving distance to enjoy all of this great beer, nearly-factory direct.

When we arrived to Bell’s, Cory and I had the pleasure of meeting Clay, Bell’s tour coordinator and (in my opinion) Bell’s historian, who gave us a tremendously enjoyable and informative tour at two separate locations. He guided us around the gigantic industrial megaplex that is the Bell’s production facility. When you step foot inside, you are greeted by a truly beautiful, yet functional, brewhouse. They have the space set up almost as a walking museum or display case, but actively brew on the system before your very eyes. 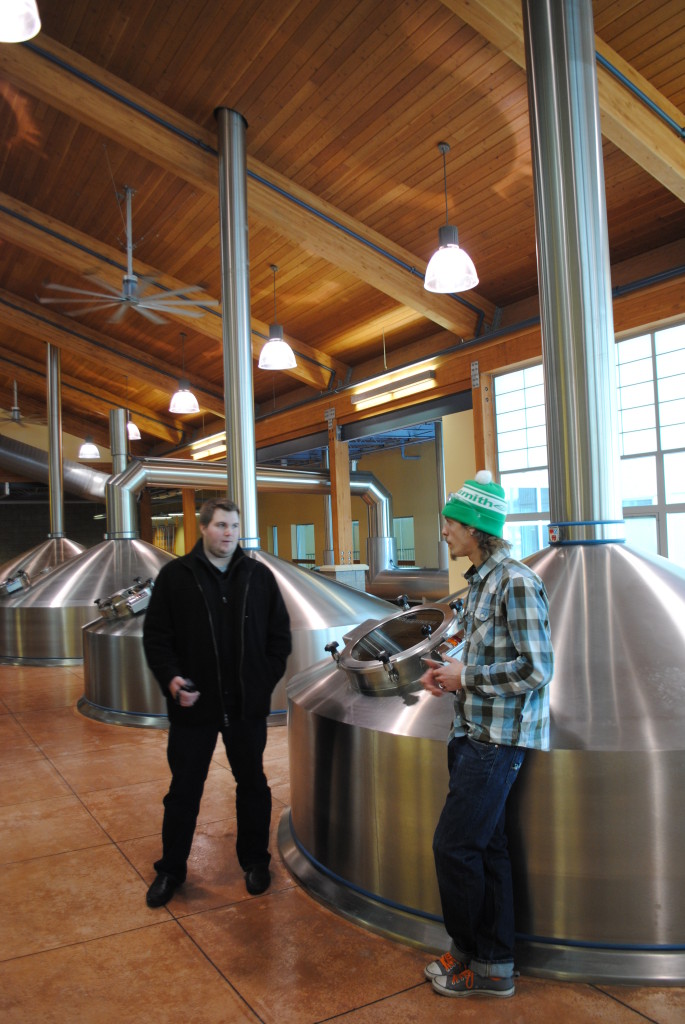 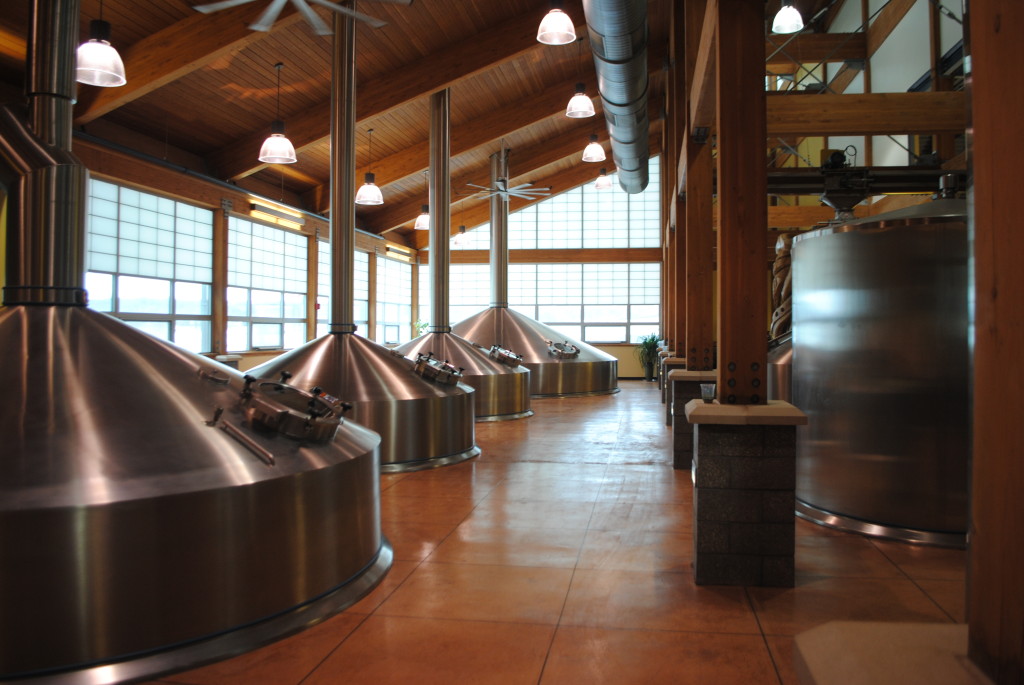 I almost could not believe how beautiful their set-up was in comparison to other breweries’ back-rooms (which aren’t terrible by any means, but this is ridiculous).

He then walked us through the more industrial locations in the brewery, and again, almost took us on a living time-line of Bell’s history of expansion. They still use every piece of equipment they have ever used since 1985, which I found impressive. 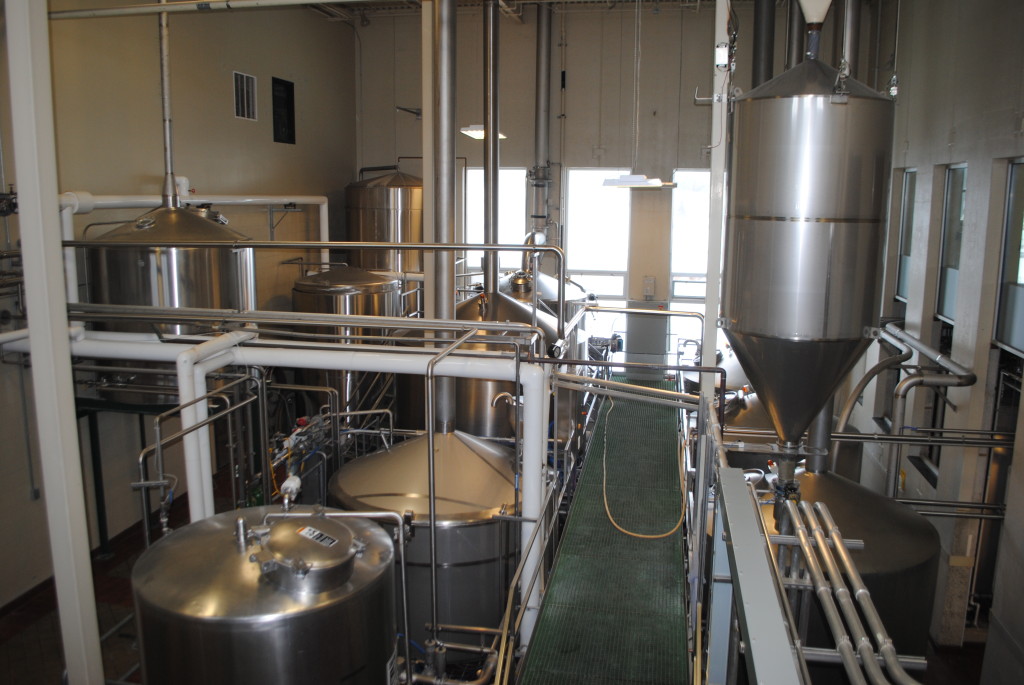 We were able to walk under, next to, in between and all around fermenters, whirlpool tanks hot liquor tanks and all the other pieces that are involved in producing the magic we call beer, and the thing that struck me was just how pristine and clean everything was. The employees that we passed on our tour were not only extremely friendly, but also displayed their love for Bell’s through the meticulous nature of their work. We saw men scrubbing the feet of these monstrous tanks almost as if they were preparing for an inspection! It was really neat to see how much love goes into the process outside of actually brewing. 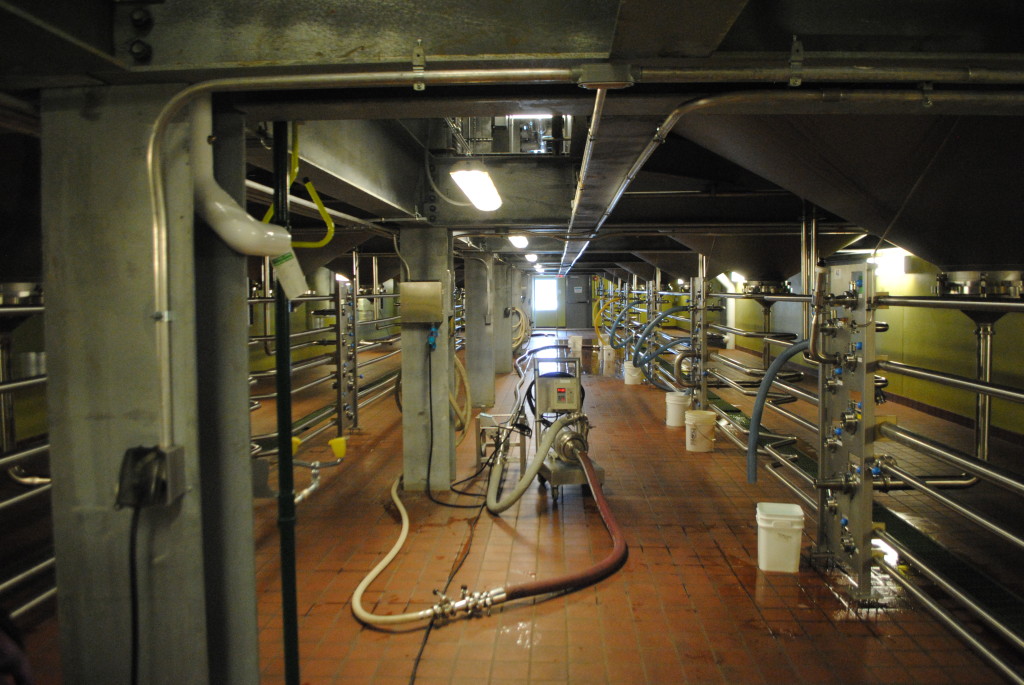 The one thing we can’t describe to you in words was the aroma of Bell’s. My God, the aroma. It was as if we were walking through Brewer’s Nirvana.The smells of a bakery with the infusion of hop aroma was simply a celebration for my olfactory system. When Clay took us into one of their hop-storage rooms, I could have stayed forever and died there. If any of you can produce a candle that captures that blessing of a smell, you’d be an instant trillionaire.

Clay took us through the bottling room, packaging and shipping room, kegging area as well as Bell’s lab where they work with their yeast strains. The tour was all encompassing and really exhibited just how much they have grown since the days of brewing in a 15 gallon stock pot! It was impressive and overwhelming at the same time. 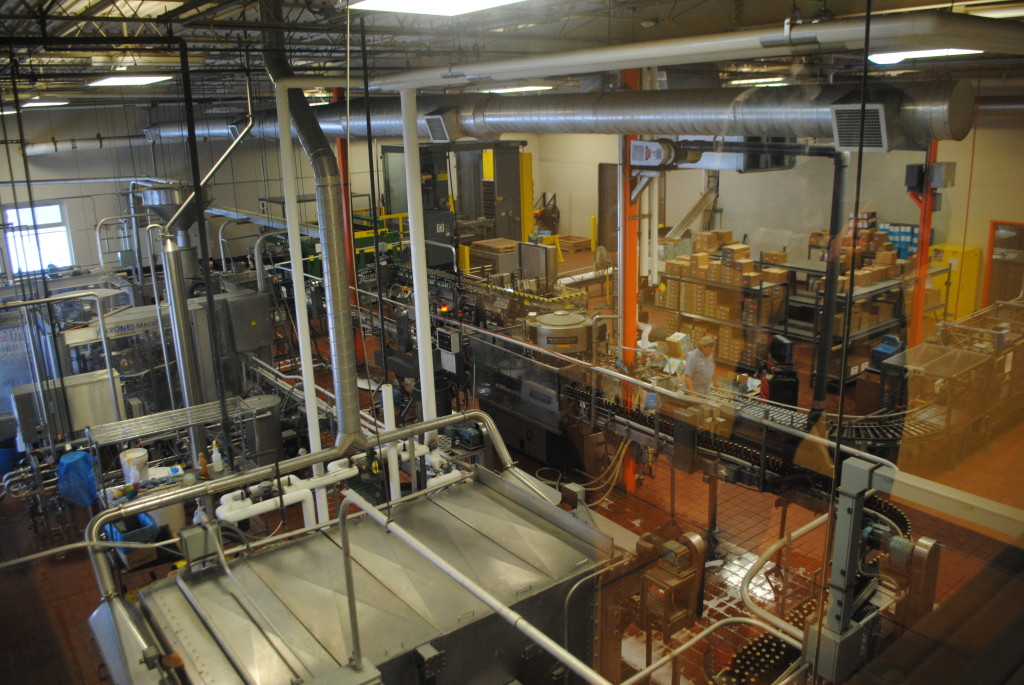 One of my favorite things to see was Bell’s quality control sensory-testing room, where employees are specially trained to taste the beer before packaging (what a tough job!). 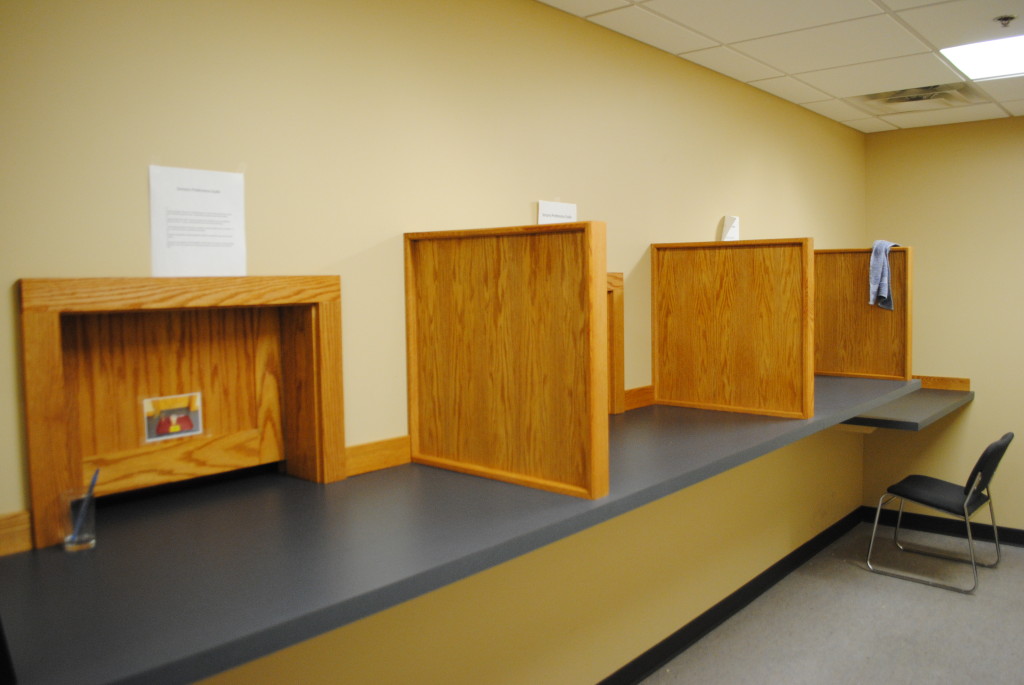 Here, tasters are trained to taste off-flavors and judge whether the beer is suitable for the general public or not. I especially loved their tasting-guidelines as they poked fun at the beer-blogging phenomena 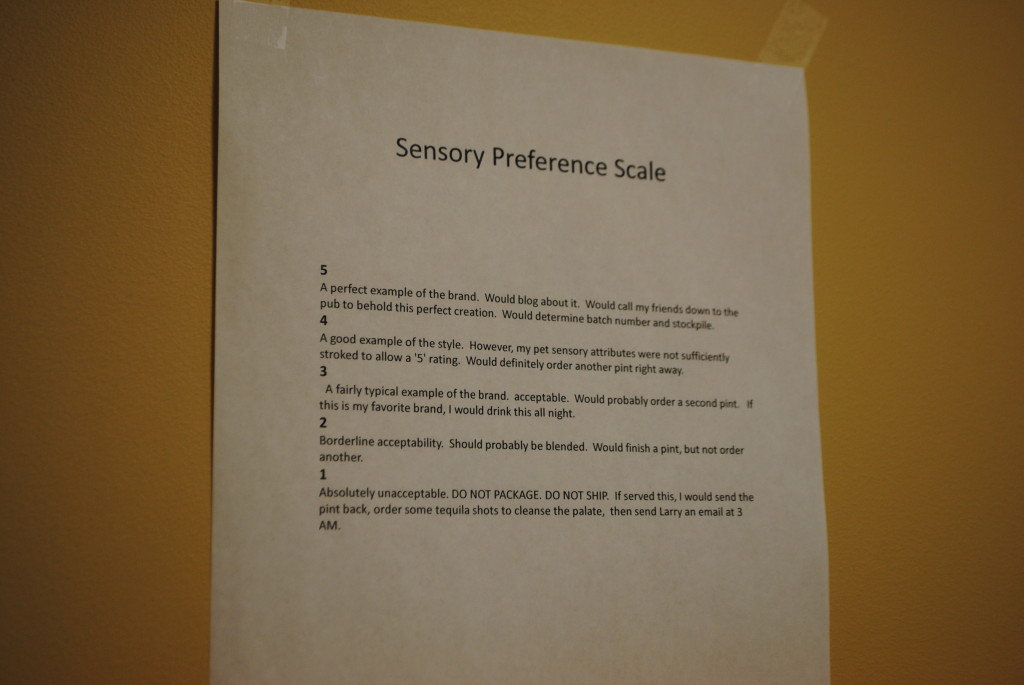 My favorite: “Would Blog about it”

One of the most unique things Clay told us about was a brand new addition to Bell’s; open air fermenters made of wood.

Stroh’s, a staple in the classic beer scene, used to brew their beer in open-topped wooden fermenters. Bell’s has acquired three of these vessels, and has made a specially designed room to house them. The room will use positive pressure treated air to avoid any airborne contaminants into the beer as they openly ferment. While the style of beer they will produce has yet to be named, I thought this was one of the most interesting and different ideas that I have heard of from any brewery, and I cannot wait to see the result of this process. It will be so fun to watch fermentation on a massive scale live in action at the brewery. 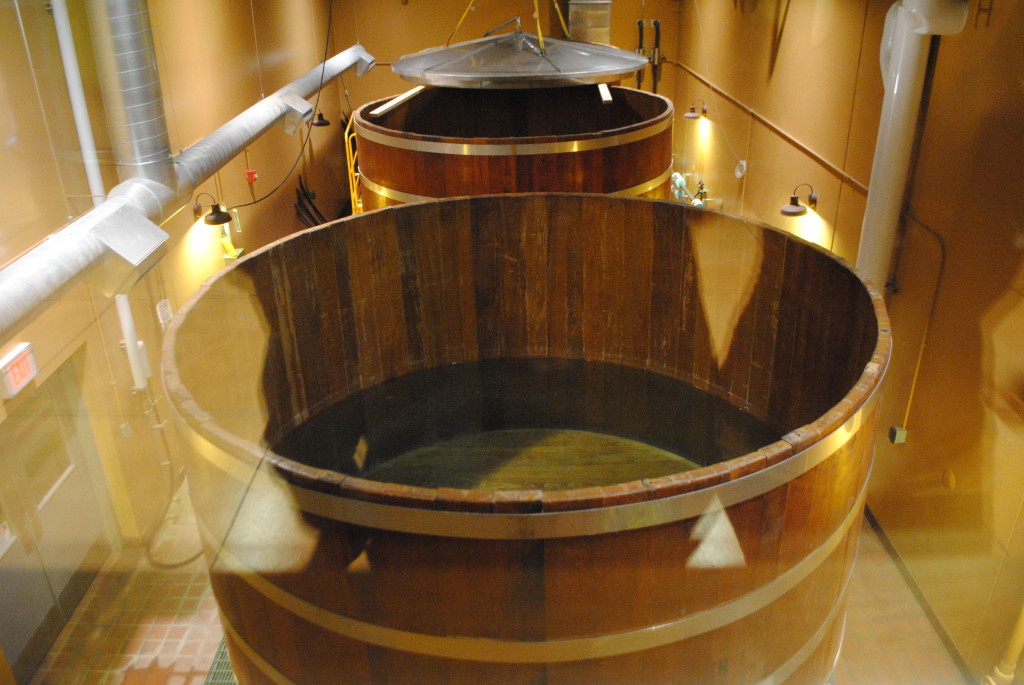 Last, but certainly not least on our trip, was our visit to Bell’s Eccentric Cafe, which is about ten minutes from the production brewery. We drove over to sample some Hopslam straight from the tap as well as to shoot our brand new Hopslam Video Review.

Clay met us there, and proceeded to show us the original 15-Barrel system Bell’s used back in 1992, which was at the time a big step up from 1 and 2 barrel system (which was a huge step up from the stock pot!) a far-cry from their current set-up. It was really nice to see the roots that Bell’s has originated from, and really brought us back full-circle on our tour. They use that system primarily for specialty releases now, but the fact that it is still in use is what is really impressive. 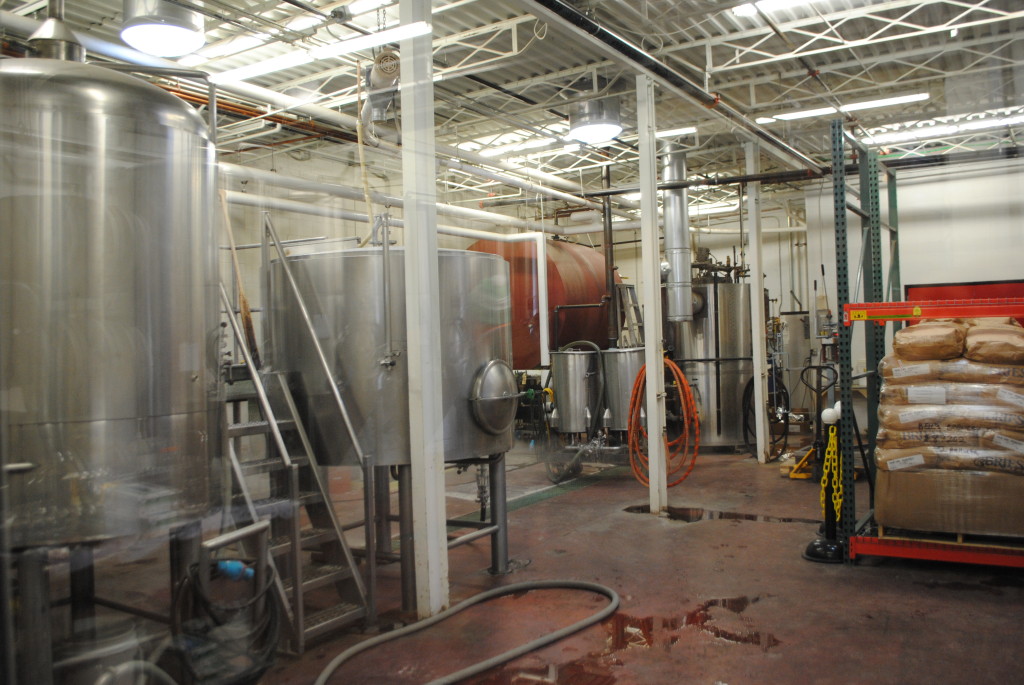 After our tour, we grabbed a flight of brewpub exclusives, ate some INCREDIBLE food, and made our way home. I want to thank Clay yet again for hooking us up with an incredible tour. As I say in the video, if you are near Kalamazoo, please stop by and visit Clay. He will enlighten the heck out of you and you will see what the American Dream is all about. Starting from humble beginnings and becoming a giant in the craft beer industry. 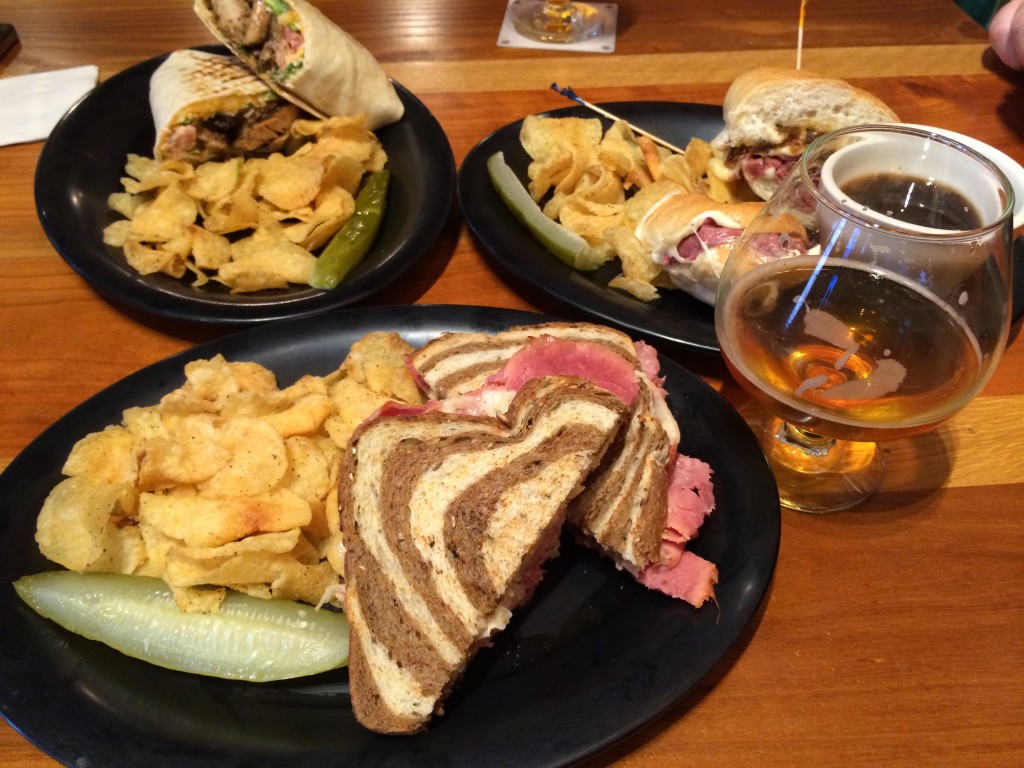 Amazing foods to be found at the Eccentric Cafe

Thanks again for reading, and as always, Cheers.