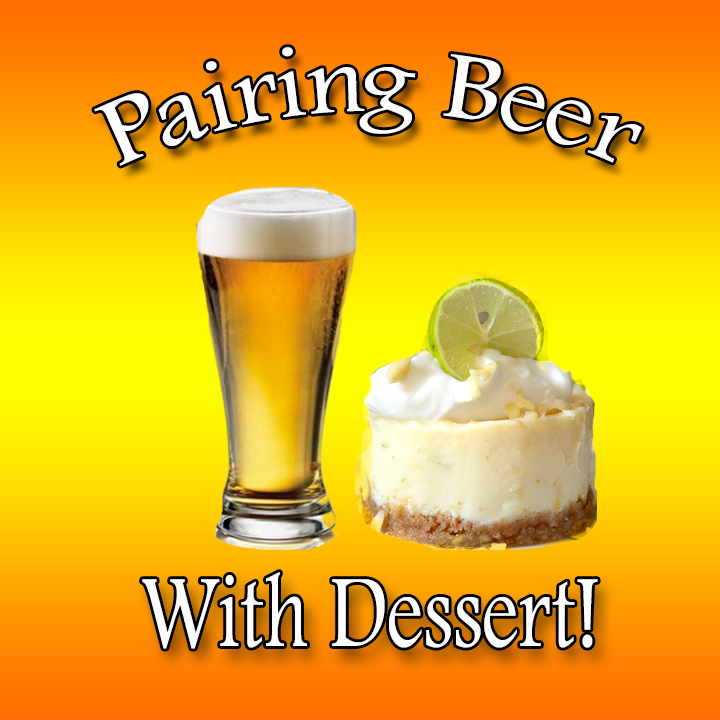 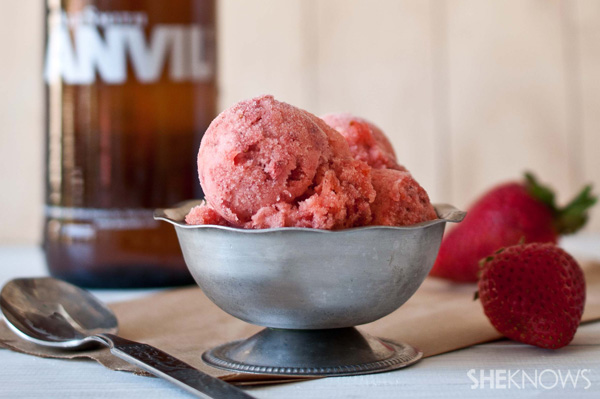 I recently have been told about the revelation that the word stressed backwards is desserts!  Simple coincidence? Maybe.  But it’s undeniable that when a lot people get stressed they either turn to food, especially sweets, and beer.  Well, whether it’s due to stress, or you just want to have a tasty treat, there’s always a good beer that you can have with dessert, or even as a dessert! Atwater’s Vanilla Java Porter, Saugatuck’s Neopolitan Stout, or just a scoop of vanilla ice cream floated in any dark beer would be a great way to end any meal.

Desserts have too wide of a range to say that one beer pairs with every dessert, but I think it’s safe to be able to break all desserts into a few flavor categories: chocolate, vanilla, fruit, and cake.  Sure there are many that might not fit into these flavor profiles perfectly, but they cover a majority of all desserts, in my opinion.

Chocolate comes in all shapes, sizes, and flavors, but whether you’re having chocolate mousse, chocolate lava cake, or even just a Hershey bar, there’s a beer that goes perfectly with it.  Our favorite style? Stouts.  Especially stouts on the drier side of the scale go really well with just about any chocolate desert.  The smokey, burnt, coffee-like flavors of a stout compliment the creamy sweetness that chocolate brings to the table.  Other great styles are Abbey Dubbles, Barley Wines, and Dopplebocks.  Try a Great Lakes Edmond Fitzgerald and a slice of chocolate peanut butter cup pie and then fall deep into a heavenly flavor coma.

Chocolate’s lonelier cousin, Vanilla, is no slouch when it comes to flavor.  It’s not dull, it’s just a flavor profile that lends itself to a lot of great pairings, which is why vanilla ice cream is the perfect companion to just about any dessert.  When you run into your next vanilla dessert, you have a lot of options between what beers to choose.  Dark stouts and porters will be beautifully toned down, when paired with vanilla, like coffee and cream.  IPA’s will loose their overly-bitter bite and seem almost more drinkable.  When mixed with vanilla, Barley Wines, Scotch Ales, and Old Ales almost act like the caramel drizzling on a sundae.  The main thing I would do, is avoid beers that are neutral in flavor like Pilsners and Helles as they won’t really add too much to the mingling magic.  Our recommendation is to have a North Peak Sinuous with your next vanilla custard.

Fruits are great sources of natural sweetness, which is why they make for great desserts.  Whether it’s grilled peaches with a scoop of ice cream, strawberry short cake, or a fruit pizza/quiche, fruit make a lighter-feeling-yet-fully-delicious dessert.  When you go to pair this type of dessert with a beer, you don’t want to find a beer that will be too complex and overpower the fruit.  Beers like Kolsches, Witbeers, and Helles do very well with fruits.  But I like to play with sweetness and tartness in my dessert pairings, so I would recommend eating a fruity dessert with a Berliner Weisse.  These tart wheat beers are traditionally served over a shot of either raspberry or woodruff flavored syrup to combat the naturally sour beer.  Try a Bell’s Oarsman next time you make your favorite raspberry tart! If your fruity dessert is already tart (think key-lime pie or lemon custard), then a Hoegaarden would make a beautiful pairing.

This one is kind of difficult because cakes can vary so much.  A carrot cake and a red velvet cake are going to pair better with two different beers (an IPA for carrot cakes, and a Dubble for the red velvet), so I’m thinking more of your traditional birthday cake.  The plain, white/yellow cake that is a coverall for most celebratory occasions. These beers, mind you, will also pair well with shortbreads, too.   These types of desserts lend themselves to being overly sweet and monotonous, so a good, hoppy pale ale, or IPA would do wonders to mix it up a bit here.  Next time you have a birthday party to attend where you’re almost certain they will serve a white sheet cake, grab a 60 Min IPA from Dogfish Head to wash it down!

Next time your meal is coming to an end and the waiter asks if you want dessert, say yes, and order another pint.