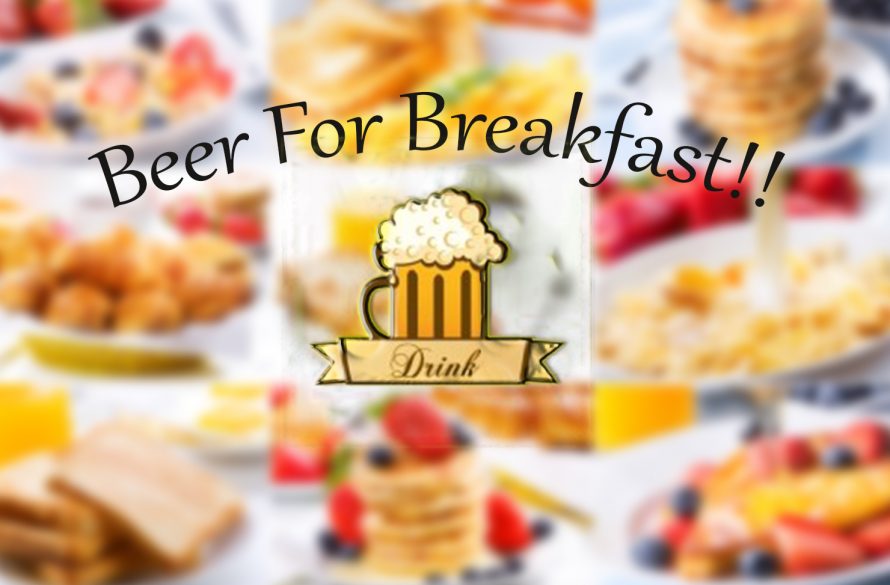 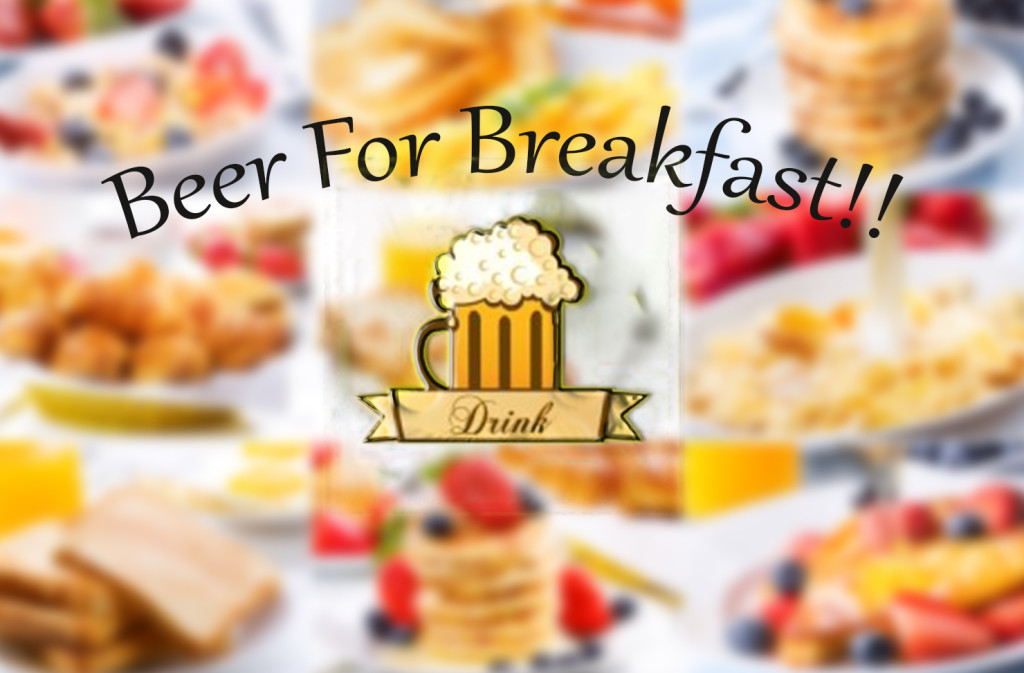 You know Ron and I are all about pairing beers with foods, but sometimes you don’t want to wait for lunch, or even dinner to start drinking.  Sometimes, you want to make beer the most important meal of the day.  I’m not talking about 4 a.m. kegs and eggs for St. Patrick’s day, I’m talking about ditching your mimosa for a beer to match your morning meal.

If you’re like many Americans, you can’t think of a better breakfast than cracking open a couple farm-fresh eggs.  Whether scrambled, poached, soft boiled, or fried, eggs are a staple in many people’s diet.  One of my favorite pairings with eggs are fruity, light, belgian beers.  These actually act a lot like a morning mimosa, but taste much, much better.  The breadiness pairs well with the buttered toast on the side of your plate, while the light, effervescent body will act as a S.O.S pad, scrubbing out the fatty yolk.  A great breakfast beer with eggs would be Goose Island’s Halia!  It’s light, refreshing, crisp, and has a ton of peach and fruit flavors to brighten up your morning.

Ok, I know these are all technically different breakfast items, but it’s kind of like Mexican food in that they are essentially the same ingredients in different form factors.  For Mexican food, it’s cheese, meat, lettuce, tortilla, and for these breakfast foods it’s fried bread, syrup, and butter.  And I can’t think of a better way to get myself ready for a long day ahead than waking up to French Toast and a glass of KBS.  Ok, I know it’s hard to get your hands on KBS, but it’s deep notes of coffee, chocolate, and vanilla play perfectly with the rich, mapley, buttery, crispy goodness in this breakfast category.  If you don’t have KBS, Founders Breakfast Stout, Bells Java Stout, or any other coffee-forward dark beer will pair well with this.  If only it gave you the caffeine boost you needed to wake up!

If you’re drinking beer in the morning, I’m not sure that “eating light” is something you’re too concerned with, but, if you are, grab yourself a piece of fruit and a Hefeweizen.  Hefe’s are usually dry and tart on the finish which pairs well with the natural sweetness of grapefruits, melons, or bananas.  Speaking of bananas, the banana and clove flavors produced by the yeast of these Yeast-Wheats are the perfect match for a fruit-based morning.  I’d just avoid Dunkel-weizens as they might be too heavy for the fruit to mingle well.  My preferred Hefe? That answer is almost always going to be Franziskaner, though the less-flavorful and more-sour Snapshot would also play well here.

We couldn’t have a breakfast edition of Food and Beer Pairings without mentioning the king of breakfast — Bacon.  Bacon is famous for its savory, salty, crispy, meaty flavor that can bring a grown man to his knees.  To stand up to the flavors of bacon, a beer has to be malty and bold, but complimentary as well.  No IPA’s or fruit beers here, the best type of beer to drink with bacon is a smoked porter, or even a rauchbier.  Rauchbiers are made with malts that are dried over smoked wood, giving them the smoky flavor that is also seen in bacon.  These aren’t the most popular style of beers, but if you look, you will find them! My dad is obsessed with Lox.  Smoked salmon, onions, capers, a shmear of cream cheese and an everything bagel make for both a delicious breakfast and a horrid case of halitosis.  But, if your breath is going to already be funky in the mornings, you might as well add some more to it by pairing your bagel and lox with a citrusy weissbier.  The hint of lemon from the beer will help but through some of the bold flavors in this breakfast, and will also cleanse the palate for the next bite.  The beer is light enough to not overpower the flavors of the salmon, but has a bready quality to mimic the bagel.  While I’m talking about my dad’s favorite breakfast, I might as well pair this with his favorite wheat beer, Hoegaarden! 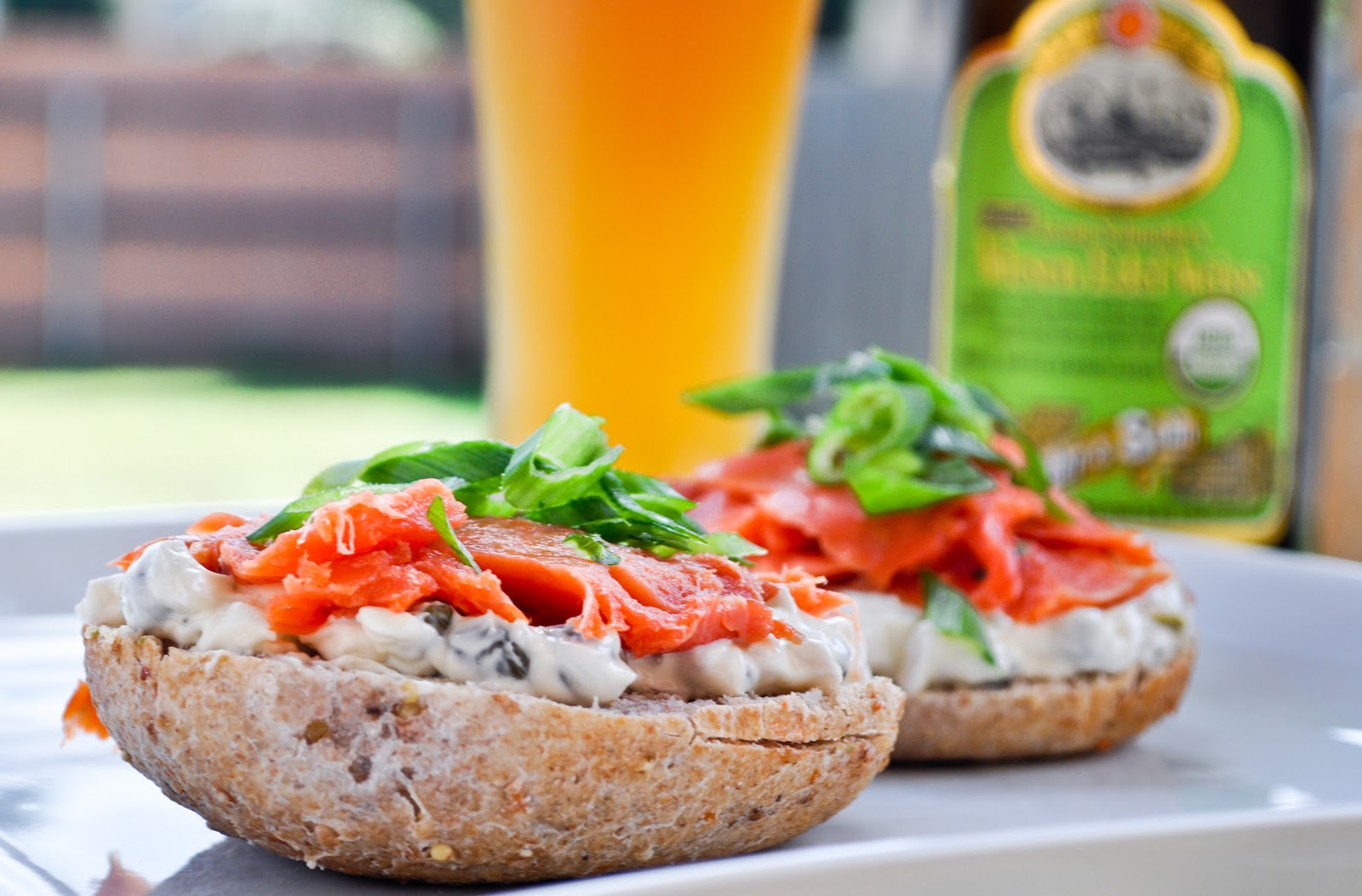 Flaked oats can technically go into any beer to add body and creaminess, but there seems to be a natural companionship with oatmeal and stouts.  I’m not going to try to break that bond, but, instead, enhance it by drinking an oatmeal stout with my bowl of oatmeal.  The dark, rich stout flavors contrast well against the bland flavors of oatmeal.  Oatmeal can also be a bit sticky, making a stout chaser a welcome companion.  Want to add some fruit to your oatmeal? Great! Just imagine that fruit as being chocolate covered when you drink them alongside a chocolatey stout!  I’d aim for something with a decent amount of carbonation.  North Peak’s Dubious seems like a perfect marriage! 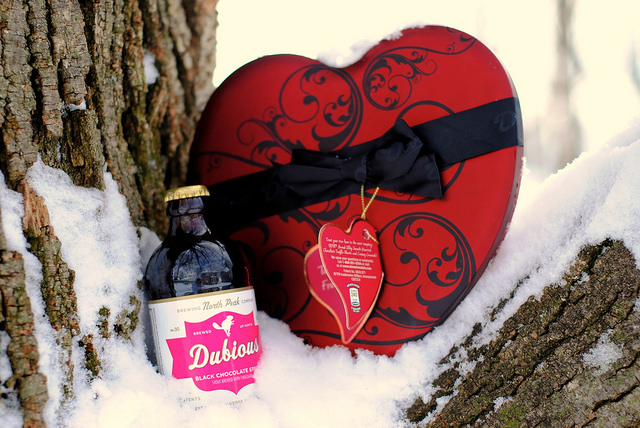 Some would argue that this isn’t a traditional breakfast food, but I can say with all certainty that I’ve eaten more cold pizza for breakfast than I have oatmeal or biscuits and gravy combined!  There’s just something about the cold fatty mixture of cheese and pepperoni that tastes better fresh out of bed.  In fact, I’ve thought about opening a restaurant that specializes in cold pizza (probably a good thing I don’t have the money to do so…). But what beer would you want to drink with cold pizza? Go with an English-style IPA.  You don’t want it too hoppy, but just bitter enough and malty enough to pair well with the pepperoni.  Shipyard Monkeyfist IPA would be just the beer for this morning! 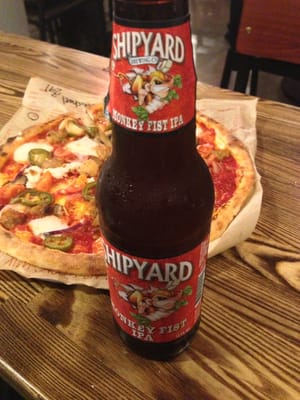