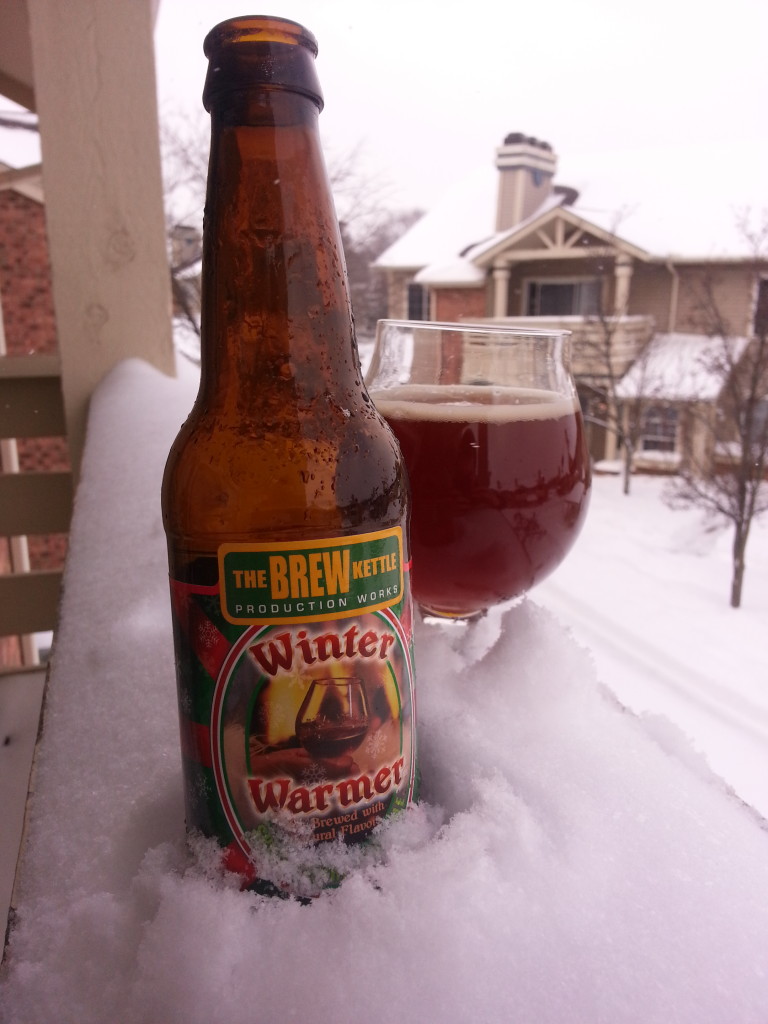 It’s December 21st and today we’re doing an update on one of our first ever Winter Warmers, Brew Kettle’s Winter Warmer.  I originally received this beer as a gift from friend of the blog Dominic, but thought it was worth reviewing again to showcase some good Ohio brews this Christmas.

The Brew Kettle is actually a very unique style of brewery.  They not only offer great beers on a local scale, White Raja is a nationally regarded IPA, but they also allow you to brew your own beer on premise!  I have many friends who have done just that.  You brew the beer, you design the label, you bottle it, and you drink it with pride.  What they offer are the facilities to brew in, storage pace, and ingredients.  Also, since there can be some down time in brewing, they offer delicious food to snack on while you wait.

The aroma of the 2014 Winter Warmer is about as saccharine as you can get without being fruity.  Honey is the number one aromatic, followed by caramel, brown sugar, and molasses.  The spices, cinnamon and ginger, are secondary to the sugary sweetness, and even deeper down in the aroma is the orange peel.  It almost smells like an orange peel dipped in brown sugar and cinnamon.  It’s very enticing and intriguing; it should be delicious.

Winter Warmer drinks like a hearty stout.  It is full bodied, and leaves a lot of residual sweetness on the roof, back, and sides of my mouth.  It’s one of those beers that almost needs a glass of water to wash it down.  Alcohol is present and warming, and the carbonation is high enough to keep my lips tingling long after each sip. 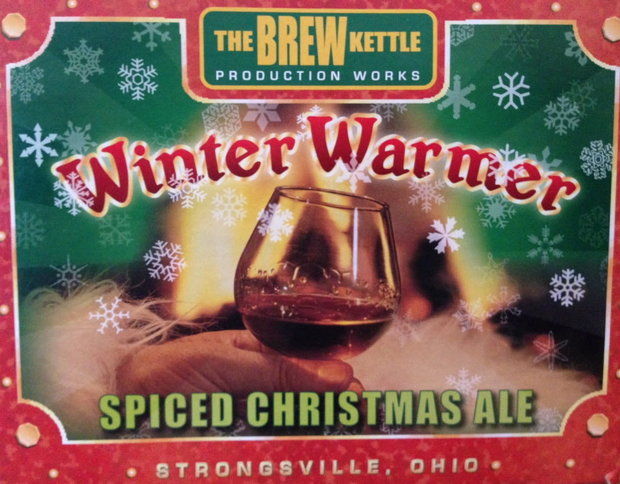 Just as I remember, this is a jolt of holiday spices and dark sugar.  Honey is, yet again, at the forefront of this brew, followed by toffee and cinnamon.  The ginger is slightly higher than I remember it, but it is a flavor that doesn’t jump out at you.  The name Winter Warmer is very fitting as I can taste the fusel notes of the alcohol, and I can feel it warming up my stomach.  Overall, this is just a big, rich, sweet beer that is heavy on the honey and toffee flavors, and infused with cinnamon and a slight ginger kick.  Unfortunately, like last year, the orange peel and lemon seem to have vanished completely.  I don’t know if they are meant for aroma only, but they don’t seem to add to the taste at all.

If you are looking for a solid Ohio Christmas Ale, you have many choices.  Great Lakes and Hoppin Frog are the first two breweries that come to mind, but The Brew Kettle should not be left out of this conversation.  Last year, I gave this beer an 85, but this year I like it a decent amount more.  I’m going to give the 2014 Winter Warmer a 92 out of 100.  It is missing on some of the fruity, zesty notes that it promised, but it is deeply complex, and offers a sweet and rich way to keep you warm in the frigid December nights.  If you see it in the store, don’t pass up Winter Warmer, I know I couldn’t.