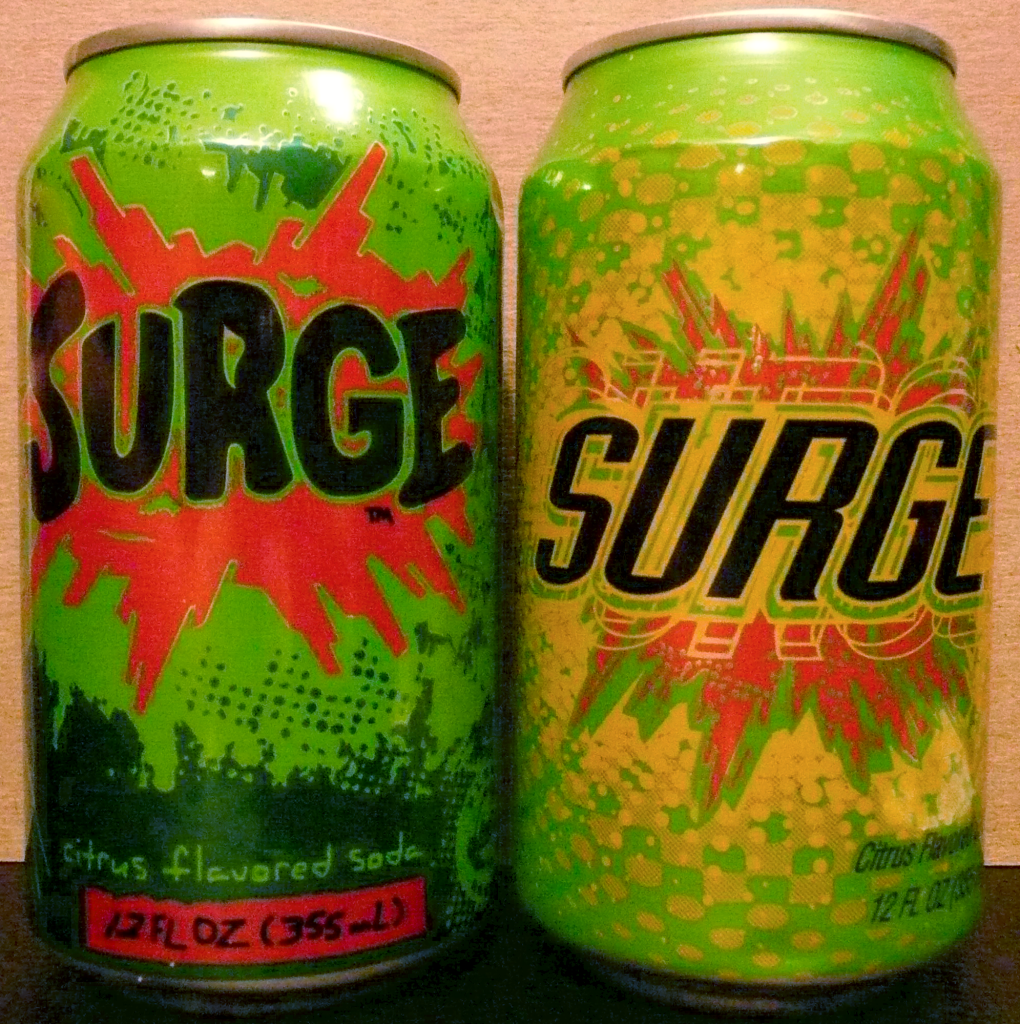 Before I ever tried my first beer, I was infatuated with another drink, SURGE.  Ron might chalk this one up to my “addictive personality”, but I like to say that I just have great taste.  When SURGE came out in the mid 90’s, there was no other drink I wanted.  I would walk to the corner store every day and pay the $0.55 for my can of citrus magic.  I hurdled the curbs when I crossed the street as if I was leaping over couches.  I raced friends to the door as they tried to push me aside, but nothing was stopping me from reaching my fix, I just needed to “feed the rush”!  As I received my change from the clerk, I would walk out the door, take a sip, and hold the can in the air, “SUUUUUUUURRRRRRGE!”

Luckily for me, I can do this all over again.  No I won’t quite be running to the store, but for the first time since it was discontinued I can finally order a SURGE soda.  Thanks to the great people at “The SURGE Movement”, a petition has been signed and Coca-Cola heard our voices.  Now, I don’t have to come dangerously close to paying well over face value to try an “URGE”, the Norwegian version of SURGE that is still on the market.  All I have to do to grab my first pint of perfection is go to Amazon.com and look for it [Unfortunately, at the time of this posting, it is sold out].

So what does this have to do with craft beer?  Nothing, nothing at all; but, Ron and I were looking for a way to make SURGE at home by mixing other sodas just the other month.  We’ve been scouring the interwebs to just get a hint of that great citrus explosion.  SURGE is part of our nostalgia as kids growing up in the 90’s.  It’s a way for us to relive our childhoods, or at least let us re-taste our childhoods, and we couldn’t be more excited about this news.

If you’re like us and can’t wait to get your hands on it, head over to Amazon now, and remember to use our Amazon link to give credit that you read about SURGE’s revival here.  Now if only they could bring back Dunkaroos, Hi-C Ecto Cooler, Fruit by the Foot, Cookie Crisp, Warheads, Squeeze-Its, The Cleveland Indians All-Star Roster, and Purple Ketchup, I’d be in 90’s heaven! Ok, maybe it’s a good thing that Purple Ketchup is gone.