Bell’s Oatsmobile is heading to the canning line in 2017. Beginning in the spring, Bell’s hop-forward American Pale Ale will transition away from bottles as existing packaging materials are used up. 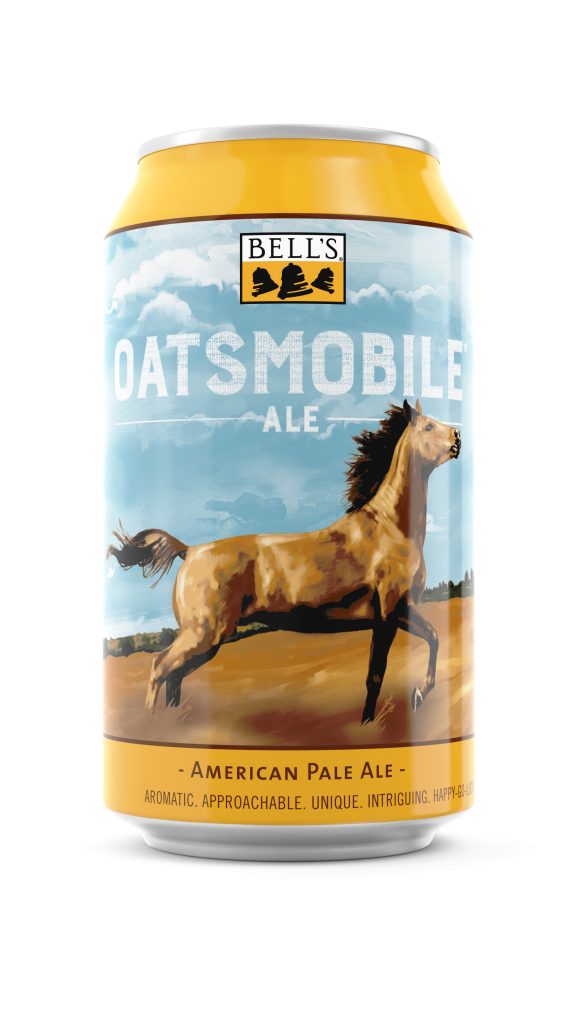 Twelve-ounce cans, packaged in six-packs, will ship to all areas Bell’s distributes to.

This new packaging will make it even more approachable since many places do not allow glass, especially outdoors.

Oatsmobile uses a blend of classic and modern Pacific Northwest hops. Malted oats give this session beer body that is normally not found in other lower-ABV beers.

Oatsmobile will be the sixth Bell’s beer to be offered exclusively in cans (and on draught).

It was first brewed as Oat Ale in 2013 and later as Boiling Pot Pale Ale at Bell’s original brewery in Kalamazoo. It was released as Oatsmobile when it joined Bell’s year-round packaging lineup earlier this year.

For more information and for updates, keep an eye on Bell’s website, bellsbeer.com, or join them on social media.

For help finding Bell’s Oatsmobile near you, please visit the Bell’s Beer Finder.