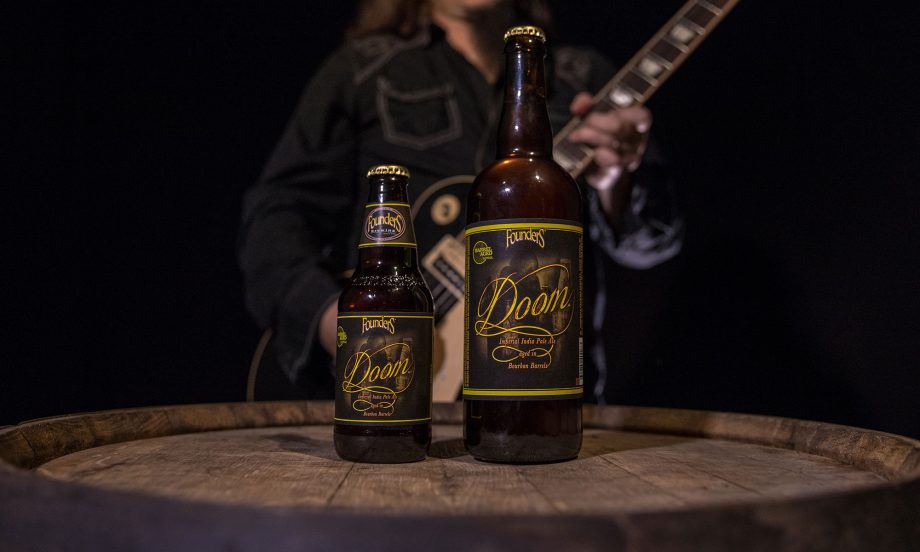 GRAND RAPIDS, Mich., April 12, 2017 – Founders announced today that they will release Doom, an imperial IPA aged in bourbon barrels, as the next release in the Barrel-Aged Series. Founders last released Doom in 2013 as part of the Backstage Series of beers, and its return is highly anticipated.

Doom may be impending but that doesn’t mean you have to fear it. A collision of worlds, the intense hop character of our imperial IPA mingles with the warm vanilla and oak notes imparted from time spent in our favorite bourbon barrels. Like all good things, Doom comes to those who wait.

Doom is the third release of 2017 in the brewery’s esteemed Barrel-Aged Series, preceded by Frootwood and KBS. In addition to Backwoods Bastard, there are two remaining beers yet to be announced in the series this year.

Doom will be available in the taproom beginning on May 12 with remaining states seeing it shortly thereafter. Doom will have a suggested retail price of $14.99/4-pack 12oz bottles and $11.99/750mL bottle. 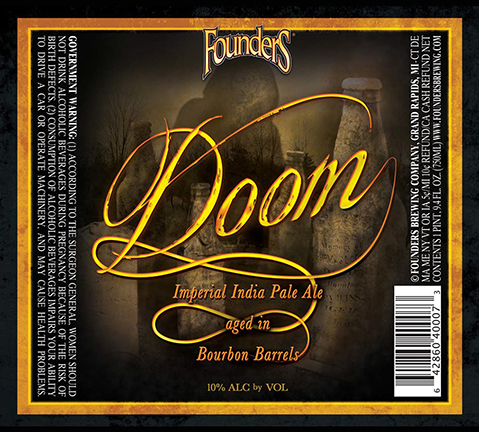 “Imperial IPA and barrel-aging – two of our greatest strengths coming together to create the masterpiece we call Doom,”  “This is a huge beer with a big attitude. We are so happy to bring this beer back for those who have been vocal in asking for its return and we look forward to introduce it to those who haven’t yet had the opportunity to try it.” – Co-Founder and President, Dave Engbers.

Founders will announce the remaining two releases in the Barrel-Aged Series later in the year.

About the Barrel-Aged Series

Crafting legendary barrel-aged beers is an exercise in patience. Founders starts by brewing complex, world-class beer worthy of time in a barrel. Then, their experience and years spent mastering their craft means they know exactly when it’s been aged to perfection. After one sip, Founders says, you’ll know – it was worth the wait.

Established in 1997 by two craft beer enthusiasts—Dave Engbers and Mike Stevens—with day jobs and a dream, Founders Brewing Co. brews complex, in-your-face ales, with huge aromatics and tons of flavor. Founders ranks among the top 20 largest craft breweries in the U.S. and is one of the fastest growing. The brewery has received numerous awards from the World Beer Cup and the Great American Beer Festival and RateBeer and BeerAdvocate users often rate its beers among the best in the world. Located in downtown Grand Rapids, Michigan, Founders is a proud member of the Michigan Brewers Guild. For more information, visit foundersbrewing.com or follow Founders on Twitter, Facebook, Instagram and YouTube.