Bend, Oregon– 07 December 2015 – Crafted for Community, the Deschutes Brewery Street Pub kicked off its first year with a bang, raising a total of nearly $400,000 for charity in seven cities. At each stop, the brewery partnered with a local charity and donated 100 percent of proceeds to help that charity achieve its mission. With an estimated 60,000 beer fans who turned out to drink 892 kegs of damn tasty beer, the Street Pub is collectively one of the largest beer parties of the year.

“When we dreamed up this new program, we knew it would be big – after all the Street Pub itself is over 400 feet long — but the support of communities across the nation and the turnout of beer fans to support their local charities surpassed our expectations,” said Joey Pleich, field marketing manager for the brewery who runs the Street Pub initiative. “Being able to give back in this way, in communities where we sell our beer and in places that we love, is incredibly gratifying.” 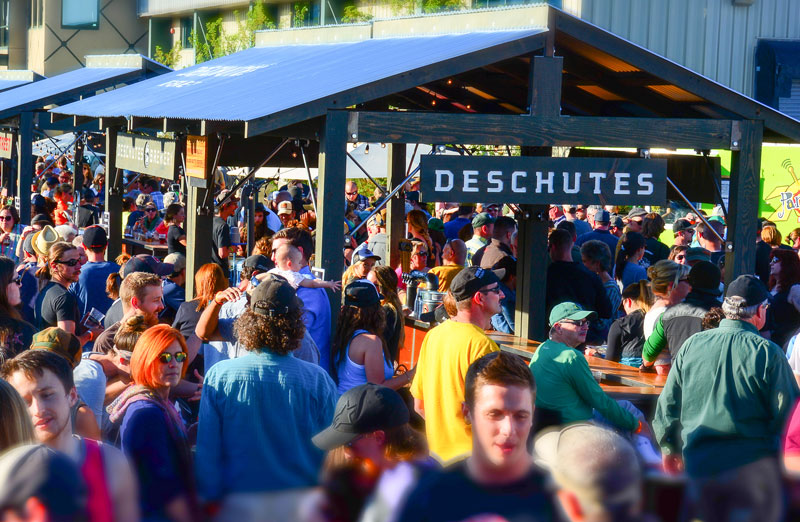 Here’s a look at how Deschutes Brewery’s Street Pub assisted the nonprofits it partnered with in each city:

The charitable giving from the Street Pub program is in addition to the brewery’s ongoing annual $1 per barrel commitment to give back in order to build strong, healthful communities. In 2015, this giving commitment equaled $335,000.

The Street Pub program received Brewbound’s 2015 Award for “Cause of the Year” at its San Diego conference last week. The Street Pub tour dates and locations for 2016 will be announced soon.

About Deschutes BreweryNamed as OUTSIDE’s Best Places to Work for three years in a row (2013-2015), Deschutes Brewery was founded in 1988 as a brew pub in Bend, Oregon. Family and employee-owned, the brewery is known for brewing a diverse line-up of award-winning beers including the popular Black Butte Porter, Mirror Pond Pale Ale, and Fresh Squeezed IPA. From the beginning, the focus has been on crafting the best beer and cuisine using only the finest ingredients.  In 2008, the brewery opened a second pub in Portland’s Pearl District. Deschutes Brewery now ships beer to 28 states, the District of Columbia, and around the world from its main brewing facility located on the banks of the Deschutes River.  To find out more, visit www.DeschutesBrewery.com.