It might seem simple and arbitrary, but choosing the right glassware can make a noticeable difference in your drinking experience.  Whether it’s shooting the hop aroma into your nose, delivering malt sweetness to the right spot on your tongue, or just showing off the brilliant clarity and releasing carbonation — the beer glass serves many functions that most people don’t even notice.  I’m not saying you need to have every glass style that there is, but there are some basic glasses that I think every beer drinker should have. 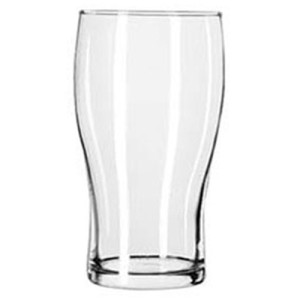 The Imperial Pint glass is my personal favorite for a “catch-all” beer glass.  It’s shape creates a slight bowl to help trap flavor and aroma.  It also promotes a full, healthy head.  You’ll see these used with commonly with Irish Stouts, but it is a great glass for any type of beer you want to serve.  Why not just use a Shaker Pint for everything? I’ll explain later.

Recommended Beer Styles:  Almost any beer fits well, though stouts, porters, and other dark beers breathe well in an Imperial Pint.  The only beers I’d avoid are high alcohol brews, or any beer you’d prefer to sip rather than swig. Buy It Now! 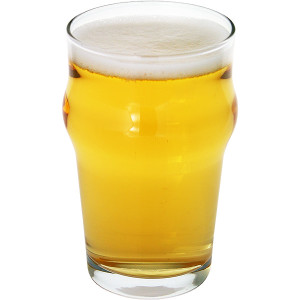 The nonic pint is another common “catch-all” glassware.   Great for just about any style, this glass has a trademark bulge toward the top of the glass.  This allows for better handling (especially when the glass has condensation) and stacking of the glass.  While you drink, the beer will flow over the ridge of the bulge and it will slightly aerate the beer, releasing just another layer of flavor and aroma.

Recommended Beer Styles:  All!  (with the exception of high-alcohol beers) Buy It Now! 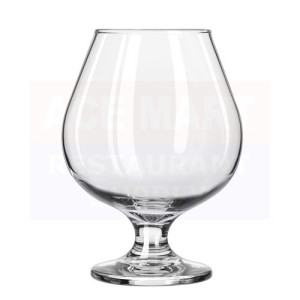 Snifters are primarily used for big beers.  If the name of the style begins with either “Imperial” or “Double” it would do well in a sifter.  These glasses are usually smaller sizes (great for higher alcohol beers) and are shaped to gather flavor and aroma in the large bowl at the base, then focus the aroma to the nose as you drink it.  While it has a stem, you can grab the snifter by the bowl and warm a hearty dark beer with your hands. 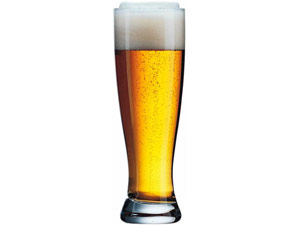 Pilsners glasses are tall and slender which shows off the brilliant clarity and carbonation of pilsners.  The tall shape also releases some carbonation which is great for enhancing the aroma of the brew.  More than anything though, this is a display case for picturesque beers.

The tulip is widely considered the best glassware for any style of brew.  It is shaped to capture flavor in the bowl, release volitiles,   focus the aroma to your nose, maintain a huge, fluffy head, and, my favorite part, deliver the beer to the perfect part of the tongue.  The rim of the glass bows outward to deliver the beer to the center of your tongue giving you enhanced notes of malt, and decreased bitterness on first taste.  The stem prevents your hand from warming the beer too much, and, as an added bonus, it just looks plain beautiful.

Here are some taller tulips -> Buy It Now! 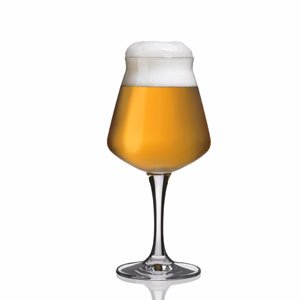 Tekus are all the rage right now.  Specifically designed to be the beer taster’s go-to glassware, the Teku can do it all.  Three Floyds Teku is one of the coolest glasses I’ve ever seen, but they use them for one purpose — this glass will accent every flavor and flaw of a beer.  Growing in popularity, the Teku is heralded as the true glass for beer geeks.

Recommended Beer styles: All, though save these for the best beers you have, and don’t accent the bad notes of a poorly crafted ale. Buy It Now! 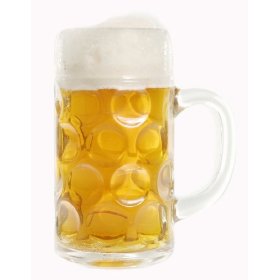 The one pictured is called a Masskrug, it is commonly called a stein, but a stein is ceramic and has a lid (to ward off the black plague, very cool history).  Although they come in a variety of sizes, I’m putting all mug styles into the same category because they do similar things.  The handle offers easy holding and minimal hand warming, and the thick walls are perfect for parties.  If these were thin, every Oktoberfest would be littered with broken glass because of the drunken cheers/toasting that goes on. 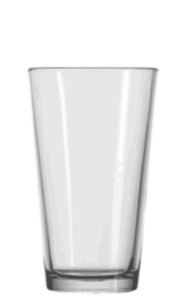 Here is the most common glassware you will see at any bar in America.  The shaker pint is easy to clean, cheap, durable, and overall an efficient machine.  What it doesn’t do well, is enhance the beer.  Straight walls and open brim don’t catch aromas, flavors, or retain the head very well.  Many people believe that these shouldn’t even be used to drink beer.  The name Shaker Pint comes from the fact that it is used primarily to shake cocktails at a bar.  I would never refuse a beer served in a Shaker, but if you can get it in another glass, why wouldn’t you?

Recommended Beer Styles: None! Ok, that’s a joke.  You can serve all beers in this glass, but avoid big beers or beers with huge noses. If you insist, here is a quality Shaker pint set -> Buy It Now! 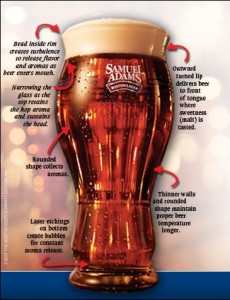 Sam Adams has come out with a glass to end all beer glassware debates.  The perfect pint is designed to enhance the experience of any beer by improving flavor, aroma, appearance, and head retention.  The chart pictured gives all the details.  If you ask me, this is really just a modified tulip glass, but it sure does look cool and does exactly what it says it’s supposed to do. Buy It Now! 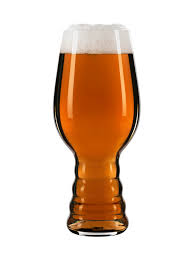 One of my favorite glasses from my favorite brewery.  Dogfish Head came together with Sierra Nevada and others to create the perfect IPA glass.  The base has ridges that are nice to hold, but also disturb the beer as you drink which releases hop aroma and flavor.  The bulbous top holds in flavor and promotes head retention, and the narrowing rim shoots the hop aroma into your nose.  It really is a perfect glass for IPA’s, but also is good for any style you want to drink that has a bold aroma. You need some of these! Buy It Now! 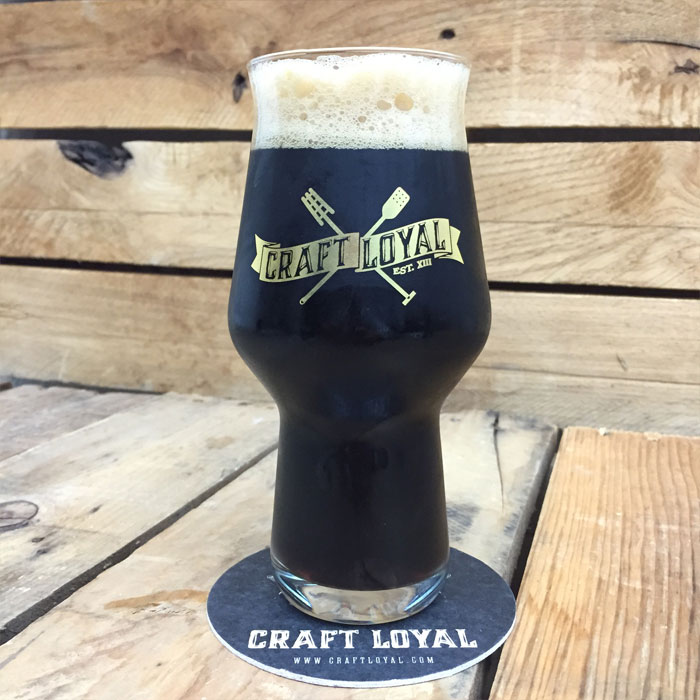 If you ever watch our videos, you’ll know that we LOVE our Craft Loyal Glasses. The Master Glass reminds me of a Teku on top, but doesn’t have the stem allowing the beer to move and slosh about just a bit more throughout the shape of the glass.  It dishes out crazy aromas and delivers the beer right to the sweet spot of your tongue. 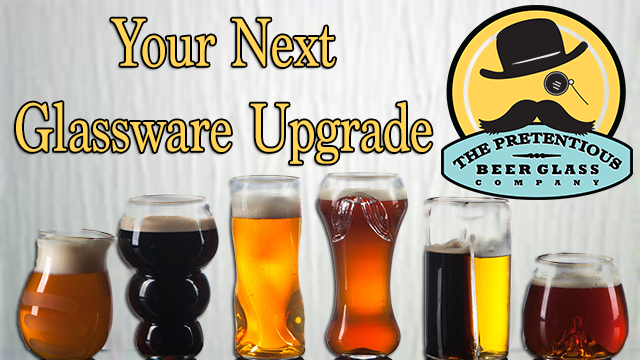 This one is a little different.  We won’t go through and highlight every glass they make, but as you can see from the picture on the left, they make some crazy unique glasses.  We’ve tried the Aromatic and Malty glasses (Video here), but they also offer glasses made for IPA’s, Ales, and Black and Tans.  Check out their website for more details, but I’m sure you’ll be impressed by what you see! 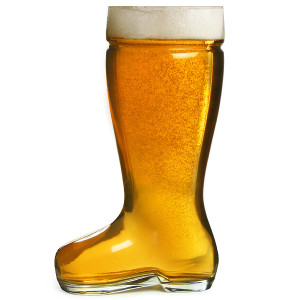 The boot has made a huge comeback in recent years thanks to the movie Beerfest, but the boot has a long and hilarious history.  The story goes that a Prussian general promised his troops that if they accomplished their mission he would drink beer out of his boot.  To uphold his promise he had a glass made in the shape of his own boot, and the idea stuck.  Boots come in all shapes and sizes, but the really fun boots (the ones from Beerfest) hold 2L of beer.   Boots this size are normally shared between people, but if you drink them alone it is proper to toast with the heel of the boot, as to not break the glass. Buy It Now!