One of the most interesting craft breweries in America is bringing back a fan-favorite from their musical collaboration series! We here at the Brew Review Crew highly respect Dogfish Head for their creation of some seriously Off-Centered ales – but one of our favorite efforts of Dogfish Head is their musical collaboration series. We have highlighted entries such as Bitches Brew, a collaboration with Miles Davis, their participation in Record Store Day, and even taking part in Analog-a-Go-Go! Well, imagine our delight when we learned that Dogfish Head was re-releasing their collaborative effort with The Grateful Dead; American Beauty. 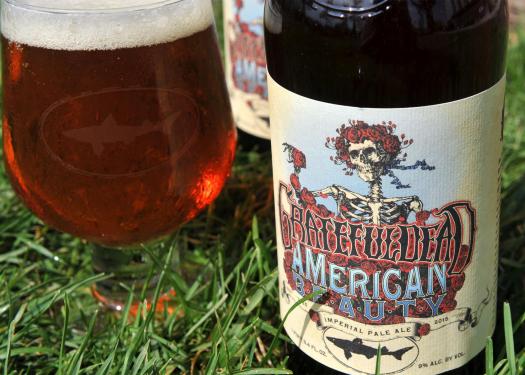 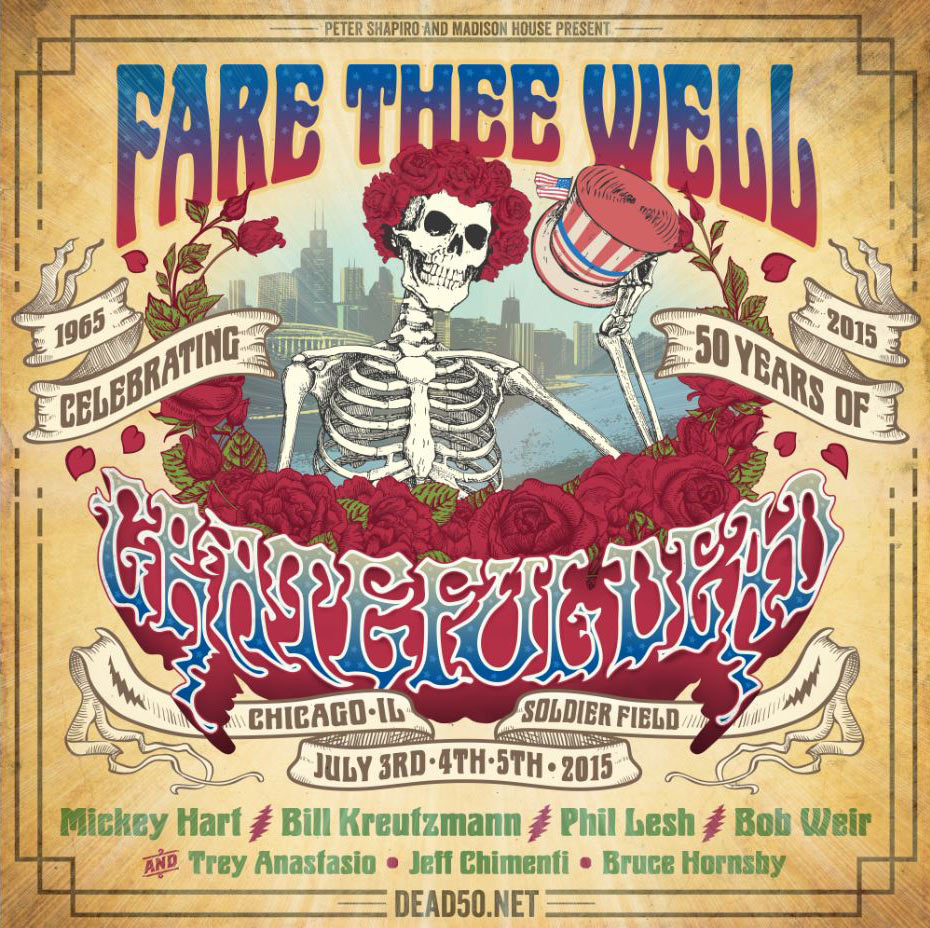 To celebrate the 50th anniversary of Grateful Dead, the four original members — Mickey Hart, Bill Kreutzmann, Phil Lesh, and Bob Weir — will reunite at Chicago’s Soldier Field, nearly 20 years to the day of the last Grateful Dead concert, which took place at the same venue. “Fare Thee Well: Celebrating 50 Years of Grateful Dead” will occur over three nights on July 3, 4, and 5, 2015, marking the original members’ last-ever performance together. The band will be joined by Trey Anastasio (guitar), Jeff Chimenti (keyboards), and Bruce Hornsby (piano). The group will perform two sets of music each night.

A huge hit with both beer lovers and Dead Heads, American Beauty is an imperial pale ale; the style being chosen by the band, and is brewed with organic granola.
The brewery and the band, who both built followings by connecting directly with their fans, asked their supporters to help decide on one righteous, off-centered ingredient to add to the recipe that would complement the pale ale base. More than 1,500 loyal fans suggested an ingredient idea and the Dead-inspired story behind it. There was no shortage of great suggestions; the red grenadine from “Brown-Eyed Women,”? Perhaps delicate rose hips; reminiscent of the motif painted on the Rosemont Water Tower. The list of suggestions was far and wide, but alas, there was one that stood out; granola.

Thomas Butler, a chemist by day and homebrewer by night, suggested the addition of granola. The addition of granola was a throwback to all of the Dead Heads who enjoyed granola as a main course in millions of pre-show parking lot meals. Both Dogfish and the Grateful Dead agreed it would be a sweet and toasty complement to the pale ale’s hops and barley. “The components of granola; honey, toasted grains, oats – offer a lot from a beer perspective,” says Thomas, who visited Dogfish Head in coastal Delaware to brew a test batch.

“It was fun brewing with these guys. The Dead built their own institution, their own identity. It’s a family. And Dogfish culture is big, too. They’re the pioneers of playing with beer.”

The new batch of American Beauty will be available on draft and in 750-ml bottles throughout Dogfish Head’s distribution network.