HO HO HO!! Thank you for joining us for yet another addition to our 25 Days of Beers and Cheers Series! Today is December 8th, and today we have a nation-wide release from New Belgium Brewing! This is their Accumulation White IPA! 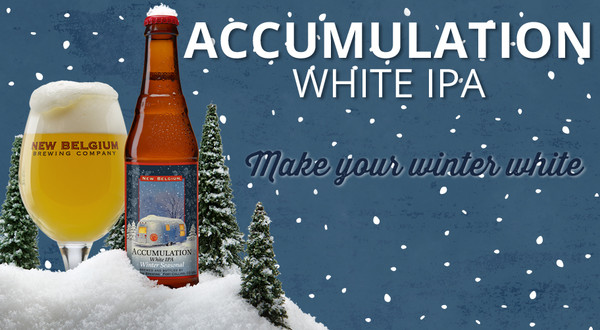 The glass is perfectly filled, poured to the brim with a snow-fall white head that laces perfectly as you sip it in.  The beer itself is a mostly-clear, light straw colored ale.  The slight cloudiness comes from the wheat, but it’s one of the clearest wheat beers I’ve ever seen.   The carbonation escaped from etching in the bottom of the glass making this beer almost look alive; like it was breathing hop aromas into the world.

Speaking of hop aromas, Accumulation doesn’t disappoint there.  It’s not a punch-you-in-the-face aroma, but it is balanced and delicate. Somewhat surprisingly, to me at least is that it wasn’t overwhelmingly pungent, but I don’t think this is a bad thing that the hops were lower than some other IPA’s I’ve had.  It allowed me to dive deeper into the aroma, finding the notes of citrus, pine, fruit, lemon peel, and herbal spices.  It’s obvious that these are American hops, with the strong fruity notes.  A fun fact is that this was made with my favorite hop: Amarillo.  Amarillo hops add a great, unique, bitter-but-fruity-and-bright character that many hops just can’t achieve.  Oh, and they smell amazing! 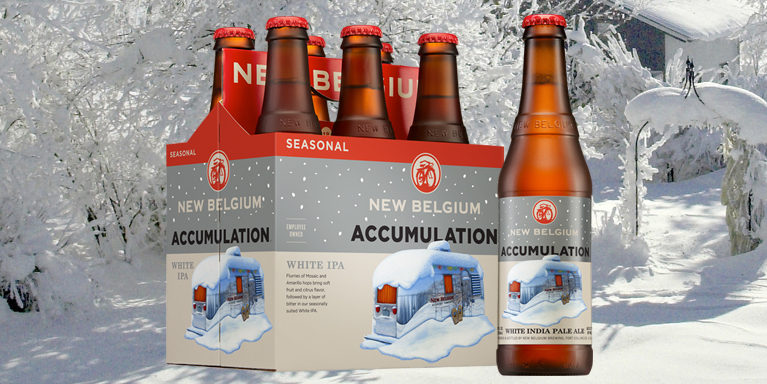 The first thing I notice that sets this beer apart from the others is just how bright it is.  Many IPA’s can be overly bitter, or cloyingly sweet, but Accumulation is balanced and almost light.  It definitely has the hop presence of an IPA, but the biggest compliment of it’s drinkability is that it passes is the Kristen test.  Kristen is Ron’s wife who likes about one out of every fifty beers we give her to try.  She tried a sample of Accumulation, made no bitter beer face, and ordered a glass! 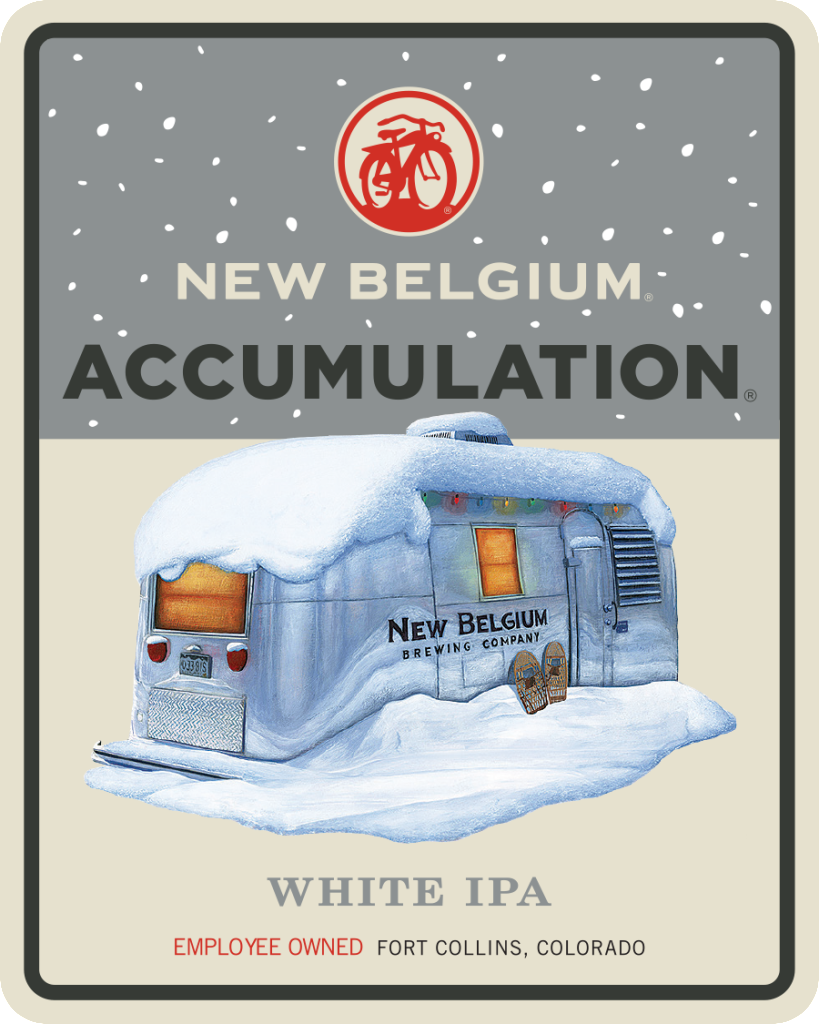 With the risk of being redundant, I love this beer.  Accumulation is a great beer to have on a cold snowy day, but would also be great to have any day of the year.  It is bright, citrusy, hoppy, and impressively drinkable.  It was my favorite of the offerings that New Belgium had, including their famous Fat Tire.  I’m going to give this beer a 94, A.  As you seek out your favorite winter/christmas ales this season, please keep an eye out for this, as well as all of the great brews that New Belgium has to offer.  Get it on tap, in bottles, or however you can because winter won’t last for long! Ok, seemingly it will this year, but you know what I mean.