There are many beer styles all throughout the world.  This is not an extensive list, but will give you the basics of the most popular beer styles. BROWN ALES: Brown ales range from light to dark brown in color and are malt-based ales.  They have dark notes like coffee, chocolate, toast, toffee, caramel, plum, raisin, and many others. HEFEWEIZEN: German for “Yeast-Wheat”, Hefe’s are malty and yeasty wheat beers.  Hefeweizens should have strong notes of banana and cloves given off by the special strains of yeast used.  They are unfiltered, meaning the yeast is still suspended in the beer which makes this beer cloudier than your average ale.  Hefe’s are highly carbonated, straw-gold colored, sweet, refreshing ales. PALE ALES:  When we talk Pale Ales, we are normally talking about American Pale Ales (APA’s).  These beers range from light straw, to golden copper in color, and can range from lightly hopped to moderately hopped.  Generally pale ales are well balanced, crisp, and clean. INDIA PALE ALES (IPA’S):  The IPA is one of my favorite beers; partially because of the taste, and partially because of the story.  It is said that the India Pale Ale earned its name in the 1800’s when beer was being shipped from Britain to India.  Legend has it that a lot of beer would spoil by the time it reached India, and, knowing that hops is a natural preservative, the brewers decided to pack hops into their brews to ensure a safe journey.  This style became a hit, as it still is today.

IPA’s are pale-malt based brews that have a heavy hop focus. They can range from golden pale, to reddish amber, and should be moderately carbonated.  Malt notes are not absent in IPA’s, but they are not the focal point of the brew.

RED ALE:  While IPA is my favorite flavor, I don’t think there is a more beautiful beer than a well done red ale.  Reds are usually brown to red in color, and are malt-focused beer.  They finish dry, and have notes of caramel, toast, and roasted malts.  Reds are typically well balanced, meaning they are not overly sweet or bitter. STOUTS/PORTERS:  It may be unfair of me to put these in the same category, but they are very similar beers.  Don’t let their dark appearance fool you, not all stouts and porters are heavy and bitter.  Stouts have many subcategories (such as milk stout, nitro stout, Irish stout, Outmeal strout, etc.) and I consider porter almost just a subcategory of the stout beer.  In fact, stout got it’s name for being a “Stout” porter, meaning fuller bodied porter.

Stouts and porters range from dark brown to black in color, and are usually full bodied, creamy beers.  They can have notes of coffee, roasted barley, burnt grain, chocolate, toffee, toast, as well as other flavors.

Porter’s are lighter than stouts in color and body, but usually lower in alcohol content. 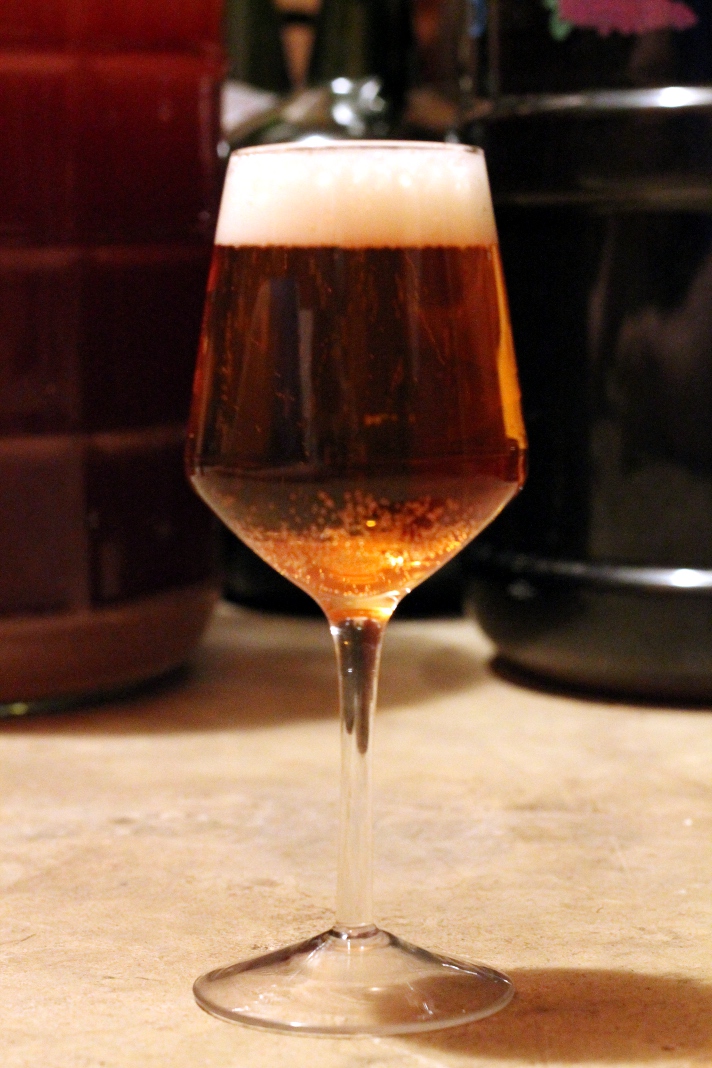 Sours: Just like the name suggests, these beers usually have a great, tart bite to them.  Sours are brewed just like a normal beer, but the magic occurs during fermentation.  The most common way to “sour” a beer is to use the dreaded Brettanomyces strain of yeast.  Brettanomyces, or “Brett”, is a wild yeast strain that produces tart, acidic, and sour flavors in beer.  I call it dreaded because it is hard to clean up.  Most yeasts are easy to clean, but Brett has a tendency to contaminate brewing equipment, leading to off flavors in future brews if it isn’t taken care of.  Most sour beers are produced in a separate room of the brewery for that reason alone.

Another common way to add sour and tart flavors is to add fruit to the beer after fermentation.  This leads to a secondary fermentation, a dryer finish, and a deliciously-puckering fruity flavor.