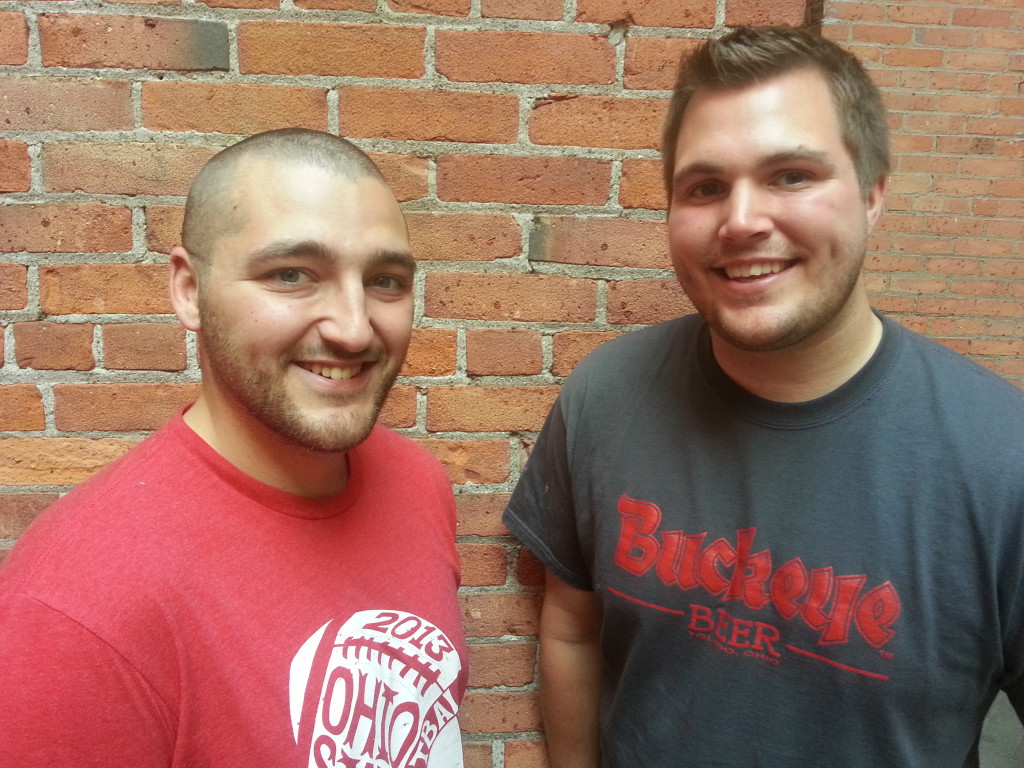 Hey guys, we’re the Brew Review Crew.  Two teachers from Ohio who love everything about craft beer.  Our goal is to bring you craft beer reviews and news in the most entertaining way possible.   We approach beer reviews the same way we approach teaching: we aim to be fun, approachable, but always have learning in mind.

Cory is a Miami University grad who is an avid homebrewer.  He recently became a Certified Beer Server (one step below a cicerone) and is planning on becoming a cicerone in the near future.  He also loves Ohio sports whether it be his favorite team from Cleveland, or his beloved Buckeyes.  His favorite beers are Sours, IPA’s, Pale Ales, and Hefeweizens.  His favorite brewery is Dogfish Head, though Bell’s is a close second.

Ron graduated from The Ohio State University, and when he isn’t teaching he’s spending his time with his lovely fiancee and his dog, Snoop.  He loves the Dolphins, Tigers, and Buckeyes, but when he isn’t cheering on his favorite team he’s probably enjoying a round of golf.  His favorite beers are any style that has a sour bite, juicy and flavorful IPA’s, delicious stouts and porters –  though he loves just about any beer you put in front of him.

We love our readers, and always look to communicate with those who take time out of their day to read our site or watch our videos.  Please, don’t hesitate to tweet at us, comment on your favorite article or video, or shoot us an email.  Just remember, we’re the Brew Review Crew, we’ll review a brew for you!